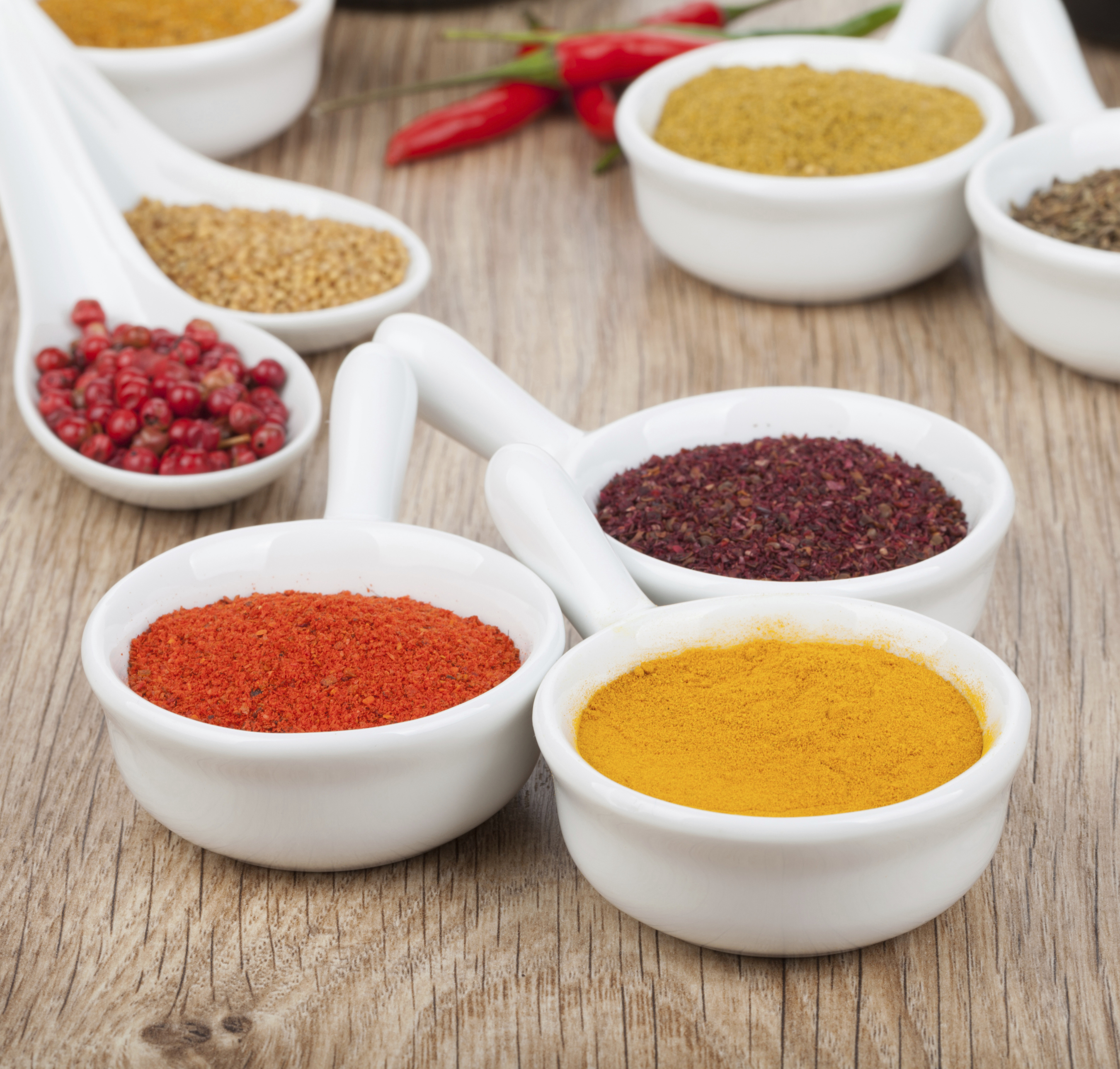 Turmeric may be found on your kitchen’s spice rack, but this relative of ginger has so many health benefits for men that it also belongs in your medicine cabinet.

Both turmeric and one of its components, curcumin, have been used for centuries by practitioners of traditional Chinese medicine and Ayurvedic medicine. Turmeric is also a large part of the diet in India and Southeast Asia, where it is used in curries. In fact, turmeric is often recognized as one of the main reasons for lower rates of cancer in India and Southeast Asia.

In recent times, more than 5,600 published studies on turmeric and curcumin found more than 600 potential preventive and therapeutic uses for them. Many men take turmeric or curcumin today to fight inflammation and promote prostate health. The turmeric plant may have many more diverse benefits for men’s health, including promoting heart health and fighting depression, diabetes and cancer.

If you are looking for a natural approach to wellness, turmeric just may be one of the healthiest spices and safest places to start.

As men age, many of their heath concerns have to do with the health of their prostate. Turmeric supports aging prostate health because of its many phytochemicals, antioxidants and anti-inflammatory properties.

India has a very low rate of prostate cancer, which scientists at Rutgers thought may be due to the diet in India, as Indian men eat a lot of plant-based foods, including turmeric. The researchers injected turmeric and a phytonutrient found in cruciferous vegetables into prostate cancer cells. This combination reduced well-establish prostate cancer tumors.

If you suffer from peptic ulcers or other digestive problems, curcumin may provide relief. In one study, 25 patients with peptic ulcers took two 300-mg capsules of turmeric five times a day. After four weeks, 12 of the 25 patients (48 percent) no longer had evidence of ulcers. After 12 weeks of treatment, 19 (76 percent) of the patients were ulcer-free. An additional 20 patients involved in the study appeared to have gastritis, heartburn and erosions. They took turmeric for four weeks. They reported satisfactory relief during the first two weeks.

Men commonly take nonsteroidal anti-inflammatory drugs (NSAIDs) for pain and inflammation, but many men do not realize the health risks of taking these medications long-term, especially since many of the drugs are available over the counter. However, these drugs can cause damaging long-term side effects such as bleeding in the gut, kidney damage, indigestion and ulcers. Men may find a safer alternative in curcumin. 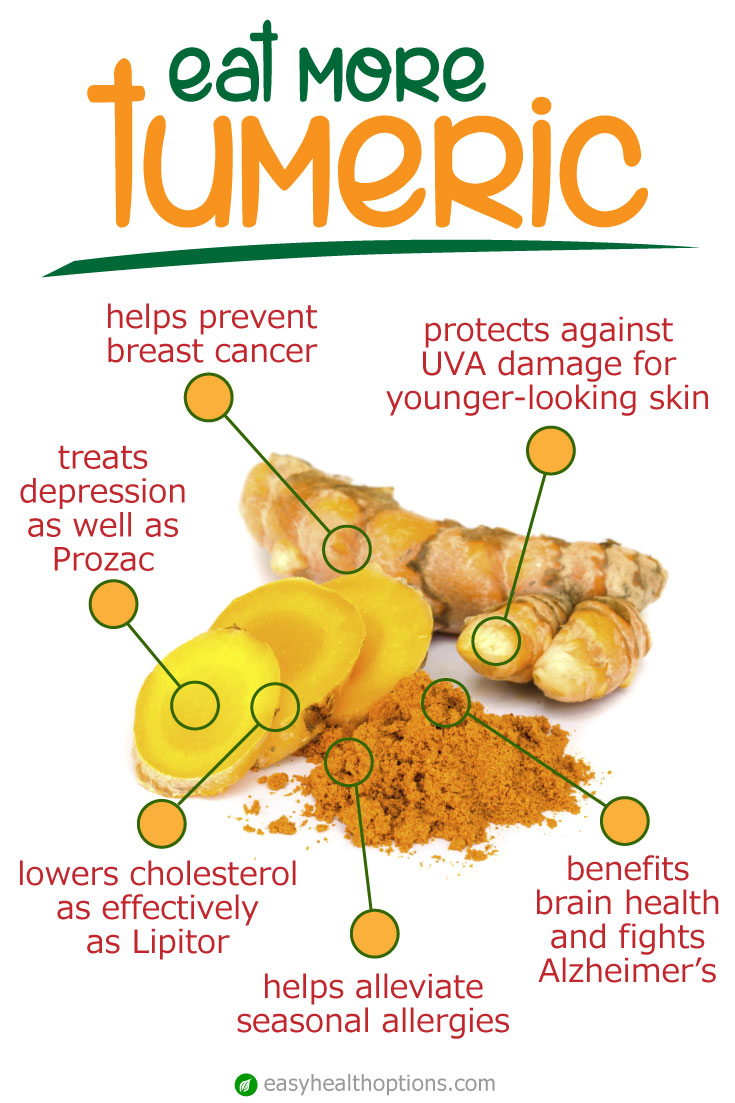 One study on Meriva curcumin (a proprietary form of curcumin that has been formulated to improve absorption) found that curcumin and another supplement, resveratrol, were effective alternatives to several anti-inflammatory drugs. The researchers in this study concluded that Meriva curcumin is worth considering for long-term management of osteoarthritis, which is a chronic condition that requires a prolonged treatment.

Patients often take corticosteroids for conditions like joint pain or inflammation and immune response. But these drugs also cause several side effects, some of which can be severe. In an animal study for protecting lung transplantation-associated injury, curcumin compared favorably to the corticosteroid drug dexamethasone by down-regulating inflammatory genes.

Turmeric has been long been used in Chinese medicine to treat depression, and modern studies also confirm that curcumin seems to have a positive effect on a person’s psychological health. A 2011 study found that curcumin compared favorably to the antidepressant drugs Prozac (fluoxetine) and Tofranil (imipramine).

Curcumin may be more effective than the popular diabetes drug metformin. A 2009 study found curcumin to be 400 times more potent than metformin. When bioactive antioxidant compounds from curcuminoids called tetrahydrocurcuminoids (THC) were given, the results were very dramatic. The study found that THCs are 100,000 times more effective than metformin. A study on diabetic rats found that THC improves the specific insulin binding to the receptors significantly, reaching near-normal levels.

A double-blind study that was published in the American Journal of Cardiology involved 121 consecutive non-emergency heart-bypass-operation patients. Researchers gave half of the patients 1 gram of curcumin four times a day, three days before the surgery and five days after. The other half received a placebo. The curcumin group had a 65 percent lowered risk of heart attack post-surgery. The curcumin group also showed significantly lower levels of oxidative stress markers in their blood and lower levels of inflammation.

The best form of turmeric and curcumin

Turmeric and curcumin are considered safe supplements. However, if taken in larger-than-recommended amounts and/or for long periods of time, they can cause ulcers. Rarely, some people may experience diarrhea, upset stomach, nausea or dizziness.

Sanmukhani, J., et al. Evaluation of antidepressant like activity of curcumin and its combination with fluoxetine and imipramine: an acute and chronic study. Acta Pol Pharm. 2011 Sep-Oct;68(5):769-75.