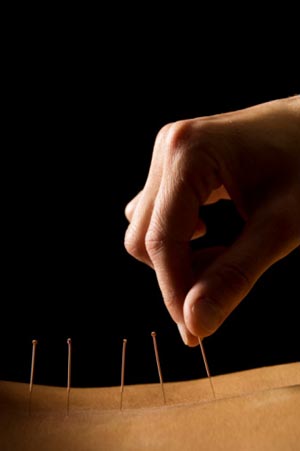 Although many conventional doctors doubt the effectiveness of acupuncture, this venerated medical technique produces profound benefits. Research at Duke University, for example, shows that acupuncture sessions can lead to significant pain relief. And the wonderful results of acupuncture are much more desirable than what you get from pain relief drugs and their troubling side effects.

For thousands of years, the Chinese have been using a unique method of health maintenance called acupuncture. Today, acupuncture is a household word and part of America’s out-of-pocket healthcare toolbox. But this ancient needle-and-channel therapy remains an outlier when it comes to acceptance in the mainstream medical establishment. However, a pair of studies coming out of Duke University that shed positive light on the benefits of acupuncture over drugs for pain relief represents an important step toward giving acupuncture more Western credibility.

In one report, researchers at Duke performed a meta-analysis of 31 clinical studies involving some 4,000 patients on the effects of acupuncture for headache relief compared to treatment with medication. Their findings: “Acupuncture is more effective than medication in reducing the severity and frequency of chronic headaches.”

When comparing the data, the researchers found that 62 percent of those given acupuncture for headaches reported pain relief. Only 45 percent of those taking medication for their head pain reported relief. Two important points to take note of: The studies were conducted on people suffering various types of headaches (tension, migraine, etc.) and proper acupuncture point prescription was essential.

As a former chronic headache sufferer myself, the thing I find most disturbing and unreliable about conventional treatment is the fact that each time you seek pain relief for a varying kind of headache, you are prescribed almost the identical medication.

Consider the fact that most over-the-counter headache medications are basically the same formula even though you may be taking them for pain with different causes. So even though the symptoms and mechanisms leading to migraines differ from those causing sinus, tension, cluster, and other types of headaches, Western doctors don’t differentiate in their treatments. This is true despite the fact that treating them all in the same way is neither useful nor effective.

Acupuncture stimulates different points in the body that fall along energy lines called meridians. Depending on the location of the headache (top of head, side of head) and the type of symptoms associated with the pain (throbbing, burning, sweating), the practitioner alters the points being stimulated by the acupuncture needles. Consequently, the acupuncture is used differently for different headache types and locations. It is, therefore, more specific. However, the theory on which the therapy is based remains unchanged: Where there is blockage of energy in the body, there is pain. Release the blockage; diminish the pain. And while several studies seem to show that sham acupuncture (using non-specific points) offers some relief, the Duke study found that the greatest relief of pain is gained from using correct needle technique administered to the correct acu-points.

“One of the barriers to treatment with acupuncture,” says Dr. Tong Joo Gan, the study lead, “is getting people to understand that while needles are used, it is not a painful experience. It is a method for releasing your body’s own natural painkillers.” Gan is correct. In fact, the needles used in acupuncture are so thin that they can be tied into a knot with two fingers. Those who fear the pain associated with the hypodermic needles used in medical shots are reassured to know that 20 acupuncture needles can fit into the opening of the standard medical needle. Acupuncture needles are so thin, in fact, that you can insert one of these needles into an inflated balloon and the balloon does not pop.

More Than One Session

Acupuncture is not a one-off treatment for headaches, though. Since the theory of its use is based on removing imbalances in the body to allow free flow of energy, fluids and nerve signals, it often takes several visits to feel the results. Ten treatments in a row are often considered “one course of treatment,” with more than one course being necessary for chronic conditions.

In another analysis of 15 studies, Duke University Medical Center anesthesiologists found that when acupuncture is administered both before and during surgery, there is a significant reduction in the pain experienced by patients and less post-surgical opioids (potent pain killers) needed to control pain.

Presenting his findings at the annual scientific conference of the American Society for Anesthesiology in San Francisco, Gan stated, “While the amount of opioids needed for patients who received acupuncture was much lower than those who did not have acupuncture, the most important outcome for the patient is the reduction of the side effects associated with opioids… These side effects can negatively impact a patient’s recovery from surgery and lengthen the time spent in the hospital.”

The meta-analysis showed that the risk of developing the side effects of opioids after surgery was significantly lower in those patients who were administered acupuncture before and during surgery, compared with the control group. Specifically, acupuncture patients experienced “1.5 times lower rates of nausea; 1.3 times fewer incidences of severe itching; 1.6 times fewer reports of dizziness and 3.5 times fewer cases of urinary retention.”

This is good news for the acupuncture community, and especially for those who seek more holistic and less toxic methods for pain relief. Acupuncture has been perfected over the past 5,000 years in China, the most populated country in the world. Allopathic medicine, in comparison, is still in its infancy. Yet, in the United States, where modern drugs rule the roost, acupuncture is still seen as hokey, and acupuncturists are not accepted as “doctors” by the American Medical Association (AMA).

Well, we live in a new age now, and studies like these done by reputable universities based on clinical data do much to show the mainstream establishment that ancient remedies and health practices are as valid today as ever. In the case of pain control, these types of holistic therapies are more powerful and less toxic than the usual drugs.