Home » Addicted to the white stuff 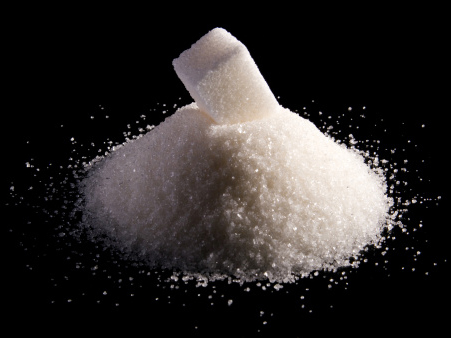 It’s likely you are a sugar addict and may not even know it.

Excess consumption of refined sugars affect the human brain in ways similar to drugs like cocaine and may be even more addictive.

This is a boon to Big Food and the medical-industrial complex, which profit off our addiction and resulting poor health. Big Food laces almost all processed food with refined sugars, particularly in the form of fructose corn syrup, which is cheap for them because it is subsidized by the government to the tune of billions of dollars.

So we become addicted to sugar-laced processed foods and desire more of them. Meanwhile the host of diseases resulting in excess sugar consumption, while a plague on the people, mean big dollars for Big Pharma, which constantly creates new “wonder drugs” to mask the symptoms of diseases caused by sugar.

Researchers at Queensland University of Technology have found that long-term excess sugar consumption reduces dopamine levels and causes a reduction in the brain’s dopamine receptors. This study reinforces a study by a cardiovascular research scientist at St. Luke’s Mid-American Heart Institute in Kansas City, Missouri, that found that rats hooked on cocaine will choose sugar over cocaine once it’s introduced as an option.

Dopamine is the neurotransmitter that helps to control he brain’s reward and pleasure centers. It helps regulate movement and emotional responses, and it enables us to see rewards and move to attain them.

When dopamine levels drop as a result of long-term consumption of sugar, the brain requires ever-higher levels of sugar consumption to reach the same rewards levels and avoid mild states of depression. Drugs like cocaine, morphine and nicotine are addictive for the same reason – their effect on dopamine levels.

“You get this intense release of dopamine upon acute ingestion of sugar. After you chronically consume it, those dopamine receptors start becoming down-regulated — there’s less of them, and they’re less responsive,” said James DiNicolantonio, the researcher who conducted the study at St. Luke’s. “That can lead to ADHD-like symptoms … but it can also lead to a mild state of depression because we know that dopamine is that reward neurotransmitter.”

“ADHD (attention deficit hyperactive disorder)-like symptoms?” There’s a drug for that – several, in fact. And many of today’s youths are prescribed them.

Excess sugar consumption then leads to insulin resistance which leads to excess insulin, which builds up as fat and leads to chronic diseases like diabetes, obesity and heart disease. So we see that excess insulin creates a cascade effect of poor health.

When insulin levels are disrupted, the body begins to store fat in the abdomen and liver, which throws off the liver function and begins a process that breaks down muscle and bone, causing osteoporosis and weakness. This leads to more serious problems like high blood pressure, heart disease and cancer.

When we see a person with a big, apple-shaped middle, we are looking a person with insulin resistance and disease. And that person has become a sugar burner, not a fat burner. His body is trying to eliminate the excess sugar first, and no amount of exercise will take off the fat while insulin levels are high.

Because of sugar’s effect on the brain, breaking the sugar addiction “cold turkey” is especially difficult and nigh on impossible for most people. But there are healthy sweeteners available, like honey and stevia. You can also satisfy your sweet tooth with dark chocolate or natural nut butters — like peanut butter – that have no artificial sweeteners.