Home » All Men Get Prostate Cancer: What Are You Going Do About It? 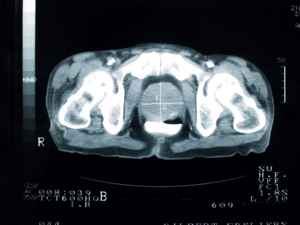 By the time a man is 60 years old, it’s almost certain he has at least a low level of prostate cancer. Reassuringly, if men keep their immune systems functioning properly, this cancer stays at such a low level that malignancy never becomes a concern. But all men need to know how to recognize when prostate problems are starting to develop.

Depending on what study you look at, the chance of a man being diagnosed with prostate cancer sometime in his life is about one in five or six. That’s a sobering number in itself, but here’s something more to think about. A recent autopsy study on the incidence of prostate cancer shows that it is present even in men as young as 20. And although this may seem shocking, it can pave the way to a better understanding of what causes prostate cancer and, therefore, how you can prevent it.

An autopsy study is one in which researchers ask the question: How often do people have a particular cancer that goes undiagnosed? In order to find the answer, the researchers go to a hospital and obtain tissue from the bodies of people who have died from other causes. They methodically examine the tissue under a microscope, carefully identifying any cellular signs of the cancer they are looking for.

In this case, researchers at Wayne State University School of Medicine in Detroit, Mich., were curious about prostate cancer. So they obtained the prostate glands of 1,056 men whose doctors had not diagnosed prostate cancer prior to death. The men were between 20 and 80 years old.

Of 186 prostate glands from 20-year-old men, 19 had prostate cancer. That amounts to more than 10 percent of these young men.

These numbers are much higher than the numbers of men whose doctors actually diagnose prostate cancer. So how can it be that so many men can have a prostate cancer that goes unnoticed? And what are the implications of this data?

Everyone Older Than 60 Has Cancer

Doctors are finally realizing that most people have cancer in their body. But it’s latent — or hidden — cancer. Latent cancers are so well contained by the immune system that they never get large enough to cause problems. As a result, doctors rarely discover them, unless they discover them by accident. Most of the cancers they discovered in this autopsy study were latent cancers. And, as you can see, they are very common.

Autopsy studies on women, for example, show that by the time a woman is 40 years old, the chance of her having a latent breast cancer is 40 percent.

That sounds terrible, doesn’t it? It’s really not terrible. In fact, the existence of latent cancers is very reassuring. They clearly demonstrate how effective a healthy immune system can be in stopping cancer.

It’s so effective that the great majority of latent cancers never go on to become full-blown cancers. That’s good news. When you start to add up all of the various autopsy studies that are published, you soon realize that every single one of us over the age of 60 has cancer. Actually, we have at least two of these cancers already living in our bodies. But the really important thing about latent cancers is that they can teach us a lot.

The first thing they teach us is that by maintaining a healthy immune system, we can dramatically decrease our chances of dying from cancer.

Take me, for example. I’m 64 years old. Therefore, I have at least two cancers in my body. They are not diagnosed, but they are there. They might be in my colon, my prostate, my lung, wherever. I don’t know where they are because, right now, they are latent. My immune system is covering them.

But what will happen to me if my immune system stops working as well as it has been? What if I start stressing a lot? Or what if I suddenly decide to stop exercising or to abandon a healthy diet? What if, as I get older, I become deficient in the hormones that are so important for optimal immune system function? Or what if I develop a serious injury, a bad dental infection or some other immune-depleting problem? What then?

It’s pretty obvious. If that were to happen, I shouldn’t be too surprised if one of those latent cancers were to progress to a clinically detectable cancer within a few years.

What’s the best way to do this?

The PSA Test For Prostate Cancer Is Less Than Perfect

Your doctor will tell you to get a PSA test and a digital rectal exam every year. But this autopsy study suggests that’s not nearly enough. All of the men in the study had a normal result on both of these tests. In fact, another study says these tests are not very accurate at all.

In 2004, the New England Journal of Medicine published a study that reveals just how inaccurate a “normal” PSA reading can be.

The authors of the study wondered how often men with both a normal PSA (less than 4 ng/ml) and a normal rectal examination actually had prostate cancer.

These researchers must have done some fast talking. Somehow, they managed to talk 2,950 men into having their prostates biopsied simply as part of their research. None of the men had any indication at all that they were any more likely to have prostate cancer than the average man with normal tests.

What they found was startling. Of these nearly 3,000 men, 449 men actually had cancer despite their normal test scores. That’s one in seven.

That means that for every seven men who have normal findings, one of them has cancer. And the doctors missed it. What’s more, the actual number of the PSA score doesn’t offer much help either.

What A PSA Score Really Means For Your Prostate

The best way to know if you have prostate cancer at the earliest possible stage is not the PSA or the digital rectal exam. The best indication is a test called PSA velocity testing.

With PSA velocity testing, it’s possible to diagnose an early cancer even when the PSA and the rectal exam are normal.

PSA velocity describes how high the value of a man’s PSA tests increase in one year. For example, if a you have a PSA test and it’s 0.5 higher than it was the year before, you have a PSA velocity score of 0.5. If the last time you had a PSA was five years ago, and this year’s test was 1.0 higher, then your PSA velocity is 0.2, or 1.0 divided by the five years.

As a man ages, due to the normal age-related increase in prostate size, his PSA is likely to rise ever so slightly. But as long as the PSA velocity is minimal, the odds are that if he has a latent cancer, his immune system is still keeping it in check. In fact, a PSA velocity of 0.03 or less per year has been shown to be accurate proof that no prostate cancer exists. That’s an optimal velocity. Although the values may vary slightly from year to year, there should not be any consistent overall increase greater than 0.03.

And all of this is true even if the highest PSA number is still in the “normal range.” So any PSA velocity greater than 0.15 should be a cause for immediate treatment.

But I’m not recommending surgery, radiation or even a biopsy in this early state. After all, at this point, the elevated velocity probably just represents a latent cancer and not an immediately dangerous situation.

Instead of aggressive procedures, I have found that in this early state, the great majority of men almost always respond to natural therapies. These include exercise, changes in diet, supplements, stress control, etc. Most of the time, that’s all it takes to stop the PSA increase. And in many cases, it can actually reverse the disease.

All men should have a PSA performed on their 40th birthday. For a 40-year-old, the value should be less than 0.6 ng/ml. If it’s higher than this, he should start a natural-therapy program right away.

Regardless of how old you are when you start having your PSA, keep a good record of each test score. As the years pass, get out your calculator and determine your PSA velocity. If you haven’t been getting annual checks, you can still figure out your velocity by determining the difference in values between your last PSA reading and your current reading. Then divide this difference by the number of years between readings. That will give you your PSA velocity. As I said earlier, if your PSA velocity is less than 0.03, you are home free, at least for the time being. But if it’s greater than 0.15, it’s time to pay attention to your prostate.

is the founder and medical director of the Nevada Center for Complementary Medicine. He is past president of the Nevada State Homeopathic and Integrative Medicine Association, and has served as a Clinical Instructor in Family Medicine at the University of California School of Medicine in Davis, California. Dr. Shallenberger, a graduate of the University of Maryland School of Medicine, has published numerous scientific papers, and is the author of two books, Bursting With Energy and The Type 2 Diabetes Breakthrough. He is the originator of Bio-Energy Testing™, CheZone, and Prolozone™ Therapy, and has trained over 700 doctors in the use of these techniques. He is the Editor of Real Cures Letter and Real Cures Health Alerts, among the leading alternative medicine publications in the world, which can be found at: www.RealCuresLetter.com