Home » Another Reason To Choose Organic 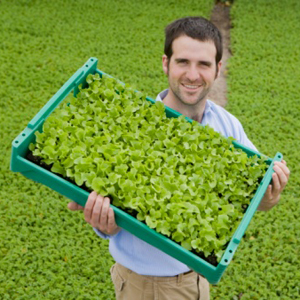 A test of fruits and vegetables grown with pesticides has turned up another possible big advantage for organic food.

A study of the water used to dilute pesticides applied to produce has found that water contaminated with human norovirus (hNoV), also known as the stomach flu, may be transferring the disease to food.

Eight different pesticides were analyzed in the study; each was diluted with hNoV-contaminated water. The researchers checked whether traces of the virus were present in the samples after the two elements were combined. Results showed that the infectivity of the norovirus was unchanged when added to the pesticide samples. In other words, pesticides did not diminish the dangers of the contaminated water.

The authors conclude applying pesticides to fresh produce may not only represent a chemical hazard, but can also be a microbiological risk factor. Both actions may have serious consequences for public health.