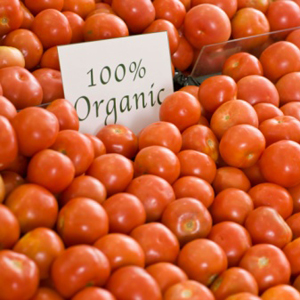 Are organic foods more nutritious than the standard food sold in supermarkets? This debate had quieted until a controversial Stanford study said that organic foods provide no added nutritional value. Almost immediately, the study generated uncertainty. People were confused about whether organics are worth the extra time and effort and, in the end, higher costs. It’s a valid concern, given organic food’s explosion in popularity and availability, even at Wal-Mart. So let’s try to sort out these issues.

First of all, there are flaws in the Stanford study. For one, they focused almost entirely on standard vitamin content, a narrow approach to nutrition, especially in light of the countless phytonutrients available in various plant foods. As New York Times food columnist Mark Bittman noted: “By which standard you can claim that, based on nutrients, Frosted Flakes are a better choice than an apple.”

To be fair to the study authors, they did mention that some people might prefer organic foods because they reduce exposure to pesticides and antibiotic-resistant bacteria. But this was made in passing, at the end of the paper. The statement seemed to dismiss the overall health value of organic food (including exposing the consumer to residual pesticides, herbicides and antibiotics) from its consideration of nutritional content. Another worrying factor: The authors have ties to the food industry.

In my view, eating organic should be a celebration of natural food, ethically grown, that supports our family’s health, farm workers’ health and the health of the environment. And there’s new scientific evidence showing that organic foods offer enhanced nutrition.

A recent study from scientists in Brazil on organic food clearly contradicts the Stanford findings. The researchers investigated whether organically grown tomatoes have more nutritional compounds than their commercially grown counterparts.

The study found that organic tomatoes tend to be significantly smaller than their conventional counterparts. However, organic tomatoes also have much higher concentrations of vitamin C and lycopene. Lycopene is a powerful antioxidant phytonutrient. It’s a pigment that makes tomatoes red, and it has been linked to numerous health benefits. (And we all know the value of natural vitamin C.) The organic tomatoes in this research were found to have vitamin C concentrations as much as 55 percent higher than the other variety.

Perhaps the most interesting part of the paper is that, in addition to measuring the nutritional advantages of organic tomatoes, it suggests how they got that way. By definition, organic vegetables face a more stressful environment. Without the help of pesticides, they must often repel insects and other potential blights through their own genetic resources. This response stresses the plant, which ultimately leads it to produce higher levels of compounds that are beneficial to humans when they eat the plant.

Beyond nutritional content, people seek out organic foods because they’re concerned about pesticides — and with good reason. Pesticides have been linked to cancer, Parkinson’s disease, autoimmune disease and numerous other chronic, degenerative conditions.

While organic foods can definitely reduce our exposure to pesticides, synthetic fertilizers and other harmful compounds, they don’t entirely eliminate it. The truth is, health-robbing chemicals can even be found in some organic foods. These toxins contaminate our waterways, air, soil and animal products. That is why, along with eating organic food, I always recommend people take the next step toward greater health by actively working to detoxify their bodies. My free wellness guide outlines ways to engage in gentle, safe detoxification over the long term.

Unfortunately, there’s a more nefarious problem facing us than questionable studies and airborne pesticides. The Alliance for Natural Health (ANH) recently pointed out that organic standards are potentially being diluted by the National Organic Standards Board. In other words, your idea of what’s organic and their idea of what qualifies may contradict. Without strict standards and proper labeling, it will be difficult to tell which products are free of (or at least contain minimal amounts of) conventional agricultural chemicals.

However, we can take a stand. The ANH has a detailed article about potential organic standards changes. Go to their page (here) and sign the petition to the National Organic Standards Board. For the sake of our health, the health of our future generations and the planet, I strongly urge everyone interested in preserving organic agriculture to sign it.