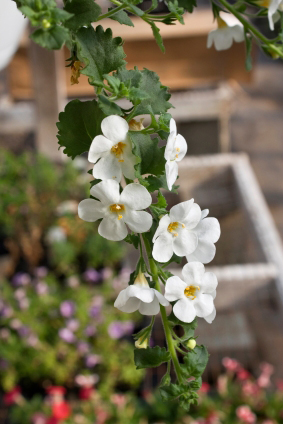 An extract of a little-known herb called Bacopa can dramatically increase your brain function and memory — and may even help prevent dementia and Alzheimer’s disease. Its therapeutic use has its origins from traditional Ayurvedic medicine in India, where it has been used for its adaptogenic, tranquilizing and antioxidant properties.

Bacopa is a creeping perennial herb that can be found in Nepal, China, India, Sri Lanka, Taiwan, Vietnam and some parts of the United States, including Hawaii, Florida and other Southern states. Bacopa (also called Bacopa monnieri or brahmi) thrives in wetlands, on muddy shores and around ponds or bog gardens.

Used in India for thousands of years for both traditional and medicinal purposes, Bacopa had a central role in religious consecration ceremonies for infants: The botanical was believed to open a gateway to intelligence for children.

Researchers may first have been intrigued by Bacopa monnieri because of the effect they believed it had on ancient shamans, who reportedly used the herb to help them memorize epic poems.

Researchers theorized that perhaps the Bacopa plant enhanced the shamans’ brain function and improved their memory, concentration and recall.

It’s no wonder researchers suspected a link, since some of these epic poems — when they were finally written down — exceeded 900 pages, and the shamans could recite them word for word!

Today, modern science is confirming traditional wisdom about Bacopa. In research conducted in Australia and the United States, Bacopa improved study subjects’ ability to retain new information — and it also helped them increase their visual processing speed in as little as three weeks.

Research into the benefits of Bacopa includes:

Bacopa monnieri has been extensively tested and proven as a memory and concentration enhancer, but the benefits of Bacopa extend to other mental and emotional functions, as well.
In many areas of the world, Bacopa is also used to treat:

Bacopa May Combat Cognitive Decline
In addition to its short-term cognitive benefits, Bacopa may also prevent long-term cognitive decline. A study in the Journal of Alternative and Complementary Medicine showed that elderly participants who used 300 mg per day of Bacopa demonstrated improved mental functions in comparison to a placebo group. Improvement was most profound in the areas of attention and verbal-information processing — and researchers concluded that Bacopa could be effective in preventing cognitive decay.

Since research has shown a link between mild cognitive decline and eventual dementia and Alzheimer’s disease, preventing even mild memory difficulties may play an important role in warding off those memory-related diseases that are so prevalent among baby boomers and elderly people.

News of the many health benefits of Bacopa recently seeped into mainstream news. In his TV show on May 30, 2011, Dr. Mehmet Oz (also known as “America’s Doctor”) recommended Bacopa for brain health.

How to Use Bacopa

A 225 mg tablet of Bacopa taken up to three times daily is recommended by many health practitioners, although consultation with a qualified herbalist is advised to determine your ideal dosage.

To be most effective, Bacopa extract is usually taken in the recommended dosage daily for 12 weeks.

In low doses, Bacopa is mild and non-addictive. Although overdose is uncommon, Bacopa has been known to be toxic in very high doses, so caution is advised. However, it is reported that any symptoms of toxicity will immediately subside once Bacopa supplementation is discontinued.

Bacopa is relatively inexpensive and can be found at health food stores and through a variety of online retailers.

is a natural health journalist and the Managing Editor of The Underground Health Reporter™. She is also the spokesperson for Think-Outside-the-Book Publishing, the publisher of The One-Minute Cure: The Secret to Healing Virtually All Diseases, which reveals the scientifically proven therapy that creates a condition in the body that is uninhabitable by disease.