Home » The bald spots that are linked to cancer 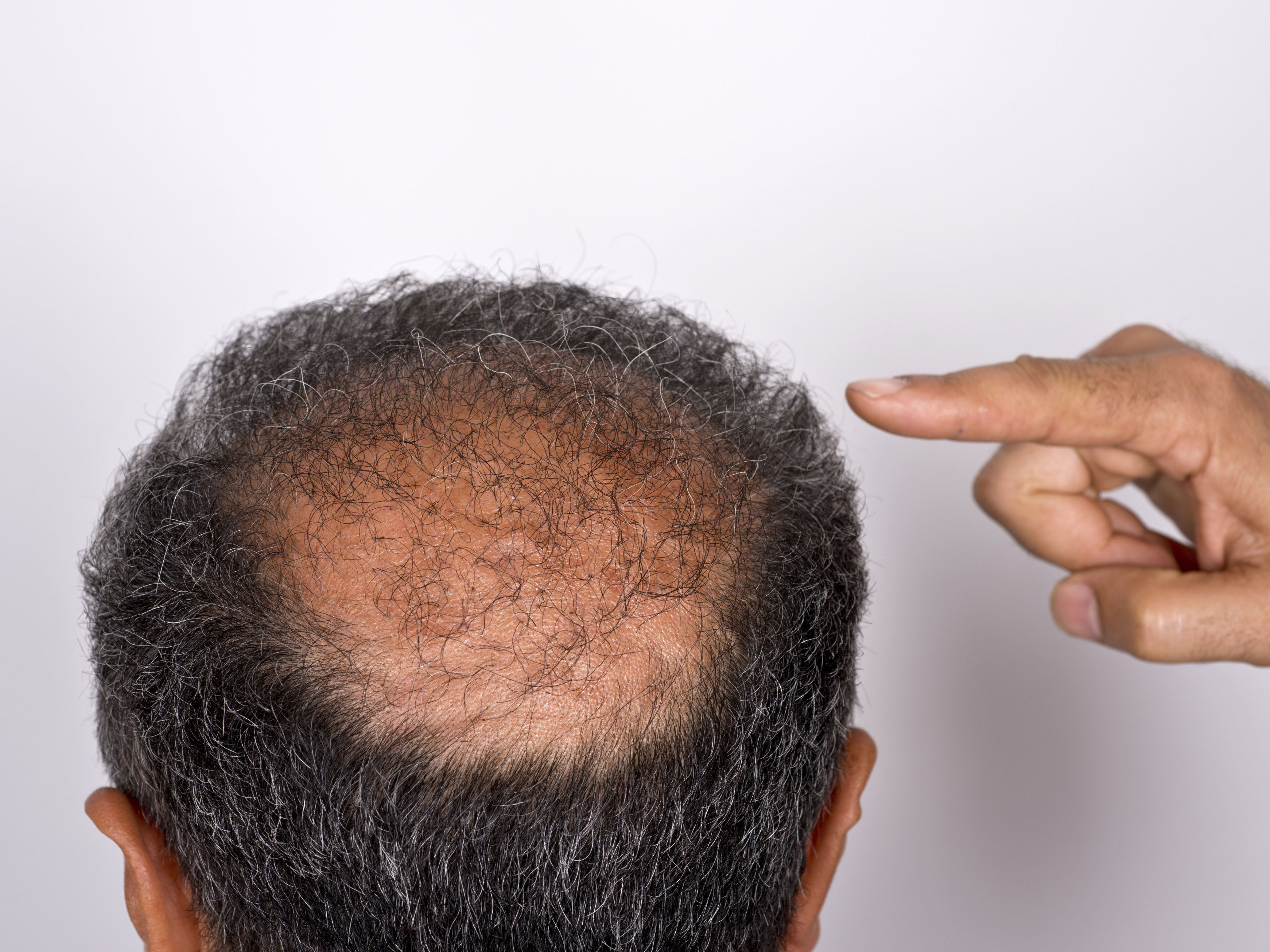 Many researchers have tried to figure out what baldness says about a man’s health. Now a study at the National Cancer Institute (NCI) shows that certain bald patterns are linked to aggressive prostate cancer.

An analysis of the data from a study known as the Prostate, Lung, Colorectal and Ovarian (PLCO) Cancer Screening Trial, shows that men with moderate baldness that eliminates hair at the front and the crown of their heads at around age 45 suffer a 40 percent increased risk of having aggressive prostate cancer later in their lives compared to men who retain their hair.

These aggressive cancers consist of fast-growing tumors that are often fatal.

“Our study found an increased risk for aggressive prostate cancer only in men with a very specific pattern of hair loss, baldness at the front and moderate hair-thinning on the crown of the head, at the age of 45. But we saw no increased risk for any form of prostate cancer in men with other hair-loss patterns,” says researcher Michael B. Cook, PhD, an investigator in the Division of Cancer Epidemiology and Genetics at the National Cancer Institute in Bethesda, Md. “While our data show a strong possibility for a link between the development of baldness and aggressive prostate cancer, it’s too soon to apply these findings to patient care.”

Prostate cancer is the second most frequent cause of cancer death among men, right behind lung cancer. Other studies have suggested that prostate cancer and male pattern baldness are both associated with higher levels of androgens (male sex hormones) as well as with androgen receptors. This research indicates that there is a biological connection between baldness and the development of prostate cancer.