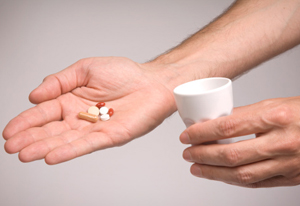 Conventional doctors are conflicted about dietary supplements. They often seem to automatically distrust anything their patients try to do for themselves to improve health. But a study by scientists at the Dana-Farber Cancer Institute in Boston shows that beta carotene supplements are safe to use during radiation therapy treatments for prostate cancer and do not increase the risk of prostate cancer death or metastases.

The use of vitamin supplements and antioxidants is common, but the safety of using antioxidant supplements during radiation treatments for prostate cancer is controversial. Radiation therapy relies on the pro-oxidant effects of DNA, which involves damaging tumor cells while leaving normal cells unharmed. However, some scientists have suggested that supplemental antioxidants may weaken the oxidizing effects of radiation and potentially lead to cancer recurrence.

“This study shows that antioxidant supplementation with beta-carotene during radiation therapy does not appear to detract from the benefit of radiation therapy,” says researcher Danielle Margalit. “It also suggests that patients may continue to eat a well-balanced diet that contains foods with natural sources of antioxidants at the recommended daily amount.”