Home » Bottom line: Fluoride toxicity is bad for you 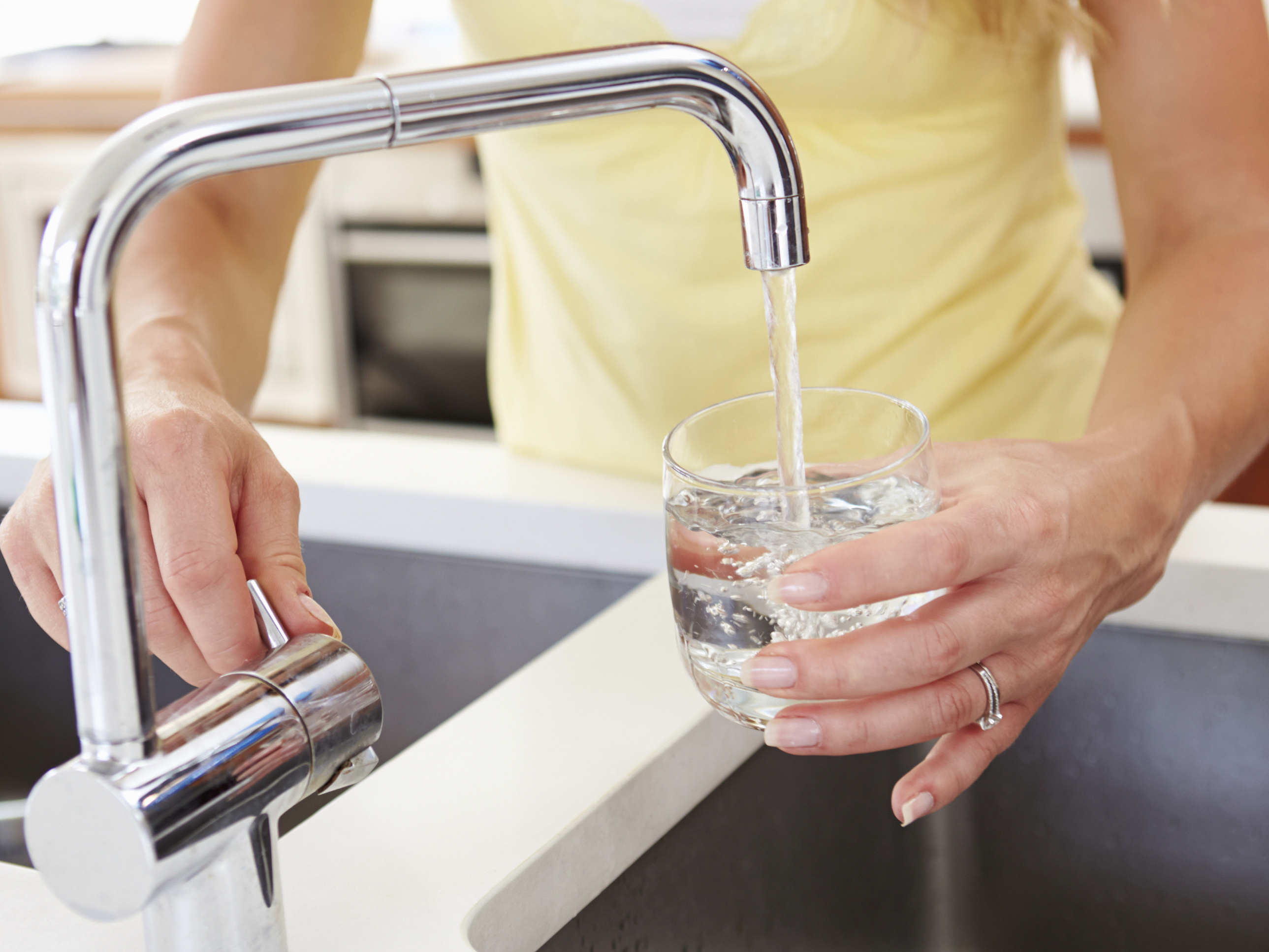 This article originally appeared on The Sovereign Investor on September 16th.

Fluoride toxicity is a real thing, and despite an overwhelming amount of scientific evidence that suggests having fluoride in water is deleterious to your health, our water is still swimming with the dangerous toxin.

Why then do the majority of major municipalities still add fluoride to our “safe” drinking water? And why do we continue to shove it into the mouths of our children?

Major agricultural, chemical and smelting producers have been using fluorine (the main element in fluoride) since the 1800s, yet it is one of the most toxic pollutants to emerge from the mass industrialization of America. But fluorine’s uses are so unique and vital to certain industries and applications that, for them, the consequences don’t outweigh the benefits.

Fluoride’s harmful side effects on health were brought to light all the way back in 1933. That’s when Dr. Lloyd DeEds, senior toxicologist with the U.S. Department of Agriculture (USDA) and a pharmacology instructor at Stanford, published a 60-page review on the harmful effects of chronic exposure to fluorine.

The evidence has snowballed since then. Fast forward to the early 1990s …

Fluoride: Poisoning your water and your brain

A landmark study by Dr. Phyllis Mullenix in 1995 showed that fluoride crosses the blood-brain barrier, a shield that prevents certain substances from reaching the brain and spinal cord. Translation: Fluoride gets direct access to your neurons in a way many common toxins, viruses and microscopic bacterial infections cannot.

And what’s more, fluoride helps another dangerous substance get inside the brain: aluminum.

Aluminum is a neurotoxin known to contribute to neurological disorders and diseases. And fluoride assists the toxic element: A 1998 study in Brain Research, a peer-reviewed medical journal, showed that the presence of fluoride in rats significantly increased the rate at which aluminum crosses the blood-brain barrier and accumulates in the brain.

That’s why fluoride can lower your IQ, and scientists have noticed fluoride causes brain deterioration similar to that of Alzheimer’s disease and others types of dementia. Not surprisingly, there is an eye-opening correlation between the surge in the rates of Alzheimer’s and the time since fluoridation became an official policy of the U.S. Public Health Service in 1951.

Other scientific studies on fluoride show a correlation with bone, respiratory and oral cancers. It also contributes to thyroid damage, bone fragility in adults, and immune system disruption.

In I wrote about how your drinking water may be killing you. Let me put it this way — we’re exposed to more than just fluoride:

Keep the government out of your water faucet

Do you trust federal standards for keeping your water safe?

Fluoride in drinking water — not to mention other toxic contaminants — can accumulate in your body over an extended period of time, even when consumed at low levels. Once your body’s toxicity reaches a significant level, health disorders or adverse interaction with medications can occur.

Children, pregnant women, the elderly and the very ill are most susceptible. Perhaps that’s why there is a growing concern among federal environmental officials, watch-dog environmental groups and the scientific community that long-term exposure to pharmaceuticals clearly poses serious health risks.

There’s long been a quiet push to get fluoride out of our water for good. In fact, as Donald R. McNeil wrote in Wilson Quarterly: “A few things remain constant in America — death, taxes, baseball and, since the 1950s, widespread, often successful efforts by a passionate minority to keep fluoride out of drinking water.”

And though Portland, Ore., successfully voted fluoride out of their taps last year … the best way for you to protect your water from deadly toxins is to take matters into your own hands.

So I sought out the best method of filtering out toxic substances from our drinking water. This led me to Dr. Roy Speiser, one of the leading experts in the water quality field.

Dr. Speiser is a Level-5 Water Quality Specialist, a title obtained through special training and study with the Water Quality Association. For each level, it takes approximately one year of study and testing to become certified.

As an added bonus, he’s also a holistic health-care practitioner with degrees in bacteriology and biochemistry. Plus, he has more than 35 years of clinical and research experience.

I reached out to him for advice and direction.

In his opinion, there is no single filter that, by itself, can completely remove all known contaminants to safe levels.

That sounds like a bummer. But Dr. Speiser was being completely straight with me. I appreciated that.

He told me about a new filter system his company offers, called the CWR Twin Slim Water Filter. It uses the most advanced combination of filtration technologies and can effectively remove a wide range of toxic contaminants.

If you’re looking for a fluoride water filter, this is the one.

Several laboratories, including Water Quality Analysis labs, tested this new system for its ability to remove Fluorosilicic acid and other contaminants. (You should know that Fluorosilicic acid is the new type of fluoride that treatment plants are using in your water. The switch was made about five years ago, but not all filters made the requisite adjustment.)

The tests revealed this filtration system can remove greater than 85 percent of Fluorosilicic acid, 99 percent of chlorine and chloramines, lead, heavy metals, and other toxic substances. This puts it at the top of its class. No other filtration system out there does more to remove these contaminants.

It achieves the highest level of fluoride reduction possible. It retains normal minerals while slightly increasing the alkalinity of the water. (You may or may not know the importance of balanced acidity and alkalinity in our bodies. Usually, we’re too acidic. And that can lead to health problems of its own, including constant fatigue, sleepiness, headaches and lack of appetite.)

Finally, it meets NSF International standards for chloramine and lead reduction. (NSF International is an independent, accredited organization that tests and certifies products and systems.)

Better yet, the CWR Twin Slim gives you clean, pure water that is about 30 times cheaper per gallon than bottled water.

It works just like your faucet and hardly takes up any space (it’s only about the size of a blender). In fact, you can easily install it yourself in just 10 minutes flat. And the long-lasting filter elements are reasonably priced and easy to replace when the time comes. The detailed instructions that come with the unit will tell you everything you need to know about its installation, usage and maintenance.

I can drink to that!

The best fluoride water filter you will find

For starters, we’re talking about a two-part system.

The CWR Twin Slim Filtration unit contains one filter with a proprietary material called Metalgon™ that reduces heavy metals and chemicals. The other filter is an essential multi-stage ceramic and carbon-block filter.

I’ll spare you the chemistry lesson. Suffice it to say the Metalgon™ doesn’t just block contaminants — the calcium-carbon matrix has positive and negative charges that attract and absorb metallic ions so they can’t go anywhere. You’re not going to get a more thorough system than that.

Frankly, with the crazy amount of toxic exposure we’re faced with every day — and with my responsibility to protect myself and my young children from harm — insuring we have clean water to drink is a no-brainer.

And I, for one, am committed to keeping my body healthy. What about you? 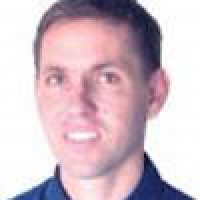 spent the last decade in the financial industry investigating how bureaucracies and oligarchs manipulate financial systems and entire economies. Disillusioned by relentless government intrusion and fearing dependency on an unsustainable system, JR has rejoined The Sovereign Society to spearhead Sovereign Living — an effort to inspire and empower individuals with solutions for retaking control of their personal life, health and well-being.