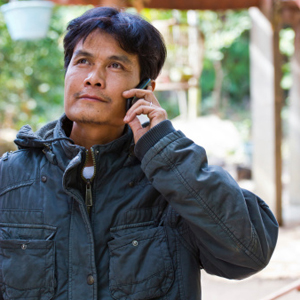 Experts still debate whether cellphone radiation is linked to cancer. But Italian researchers have definitive proof that these phones can cause another serious health problem. And it could kill you.

A study at the Guglielmo da Saliceto Hospital in Piacenza, Italy, demonstrates that talking on a cellphone can significantly increase your blood pressure. In this research, cellphone calls were shown to increase blood pressure, on average, from 121/77 to 129/82.

The scientists found that the increases in systolic blood pressure (represented by the top number in a blood pressure reading) were less pronounced in people who make more than 30 calls a day.

“The subset of patients who were more accustomed to phone use were younger, which could show that younger people are less prone to be disturbed by telephone intrusions,” says researcher Giuseppe Crippa. “Another possibility is that people who make more than 30 calls per day may feel more reassured if the mobile phone is activated since they are not running the risk of missing an opportunity.”

Research has shown that every increase of about 20 mg in systolic blood pressure doubles your chances of dying from heart disease.