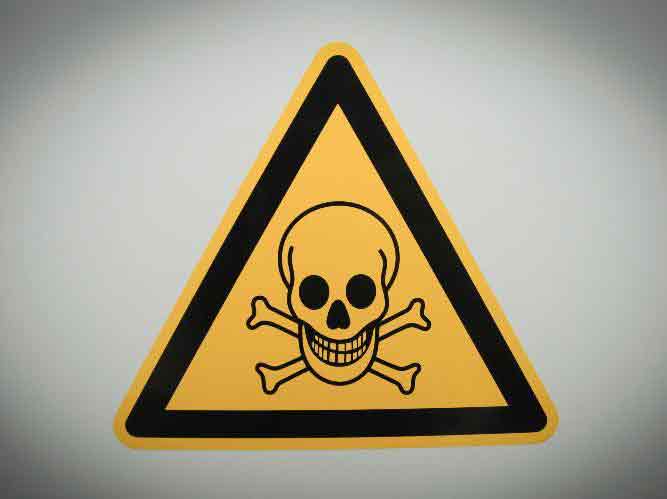 Thousands of U.S. veterans are getting sick and dying after being exposed to toxins from open-air burn pits used to incinerate refuse on military bases overseas. But the health epidemic isn’t a problem faced just by service members — we all handle the toxins to which they were exposed without a second thought every day.

From the early days of the U.S.’s involvement in Afghanistan until around 2009, the Department of Defense permitted military contractors to burn thousands of tons of waste in open air burn pits on bases.

According to the Government Accountability Office, the unregulated waste disposal practice allowed for the burning of Styrofoam, plastics, tires, pesticide containers, batteries and medical waste, among other things.

With many of the troops exposed to the waste burning now back at home, Veteran’s Administration hospitals are dealing with thousands of cases of mysterious bronchial diseases and cancers. The problem is so widespread that veterans have filed a class-action lawsuit against Kellogg, Brown, and Root (KBR), the defense contractor who operated the burn pits, arguing that it knowingly exposed them to heavy concentrations of harmful chemicals.

KBR, with the backing of the Department of Defense, is, of course, denying any wrongdoing.

Former Army Staff Sergeant Joseph Hickman, who wrote the new book “The Burn Pits: The Poisoning of America’s Soldiers,” explained recently in a piece for Vice that the military-industrial complex is claiming to have carefully reviewed and deemed safe the burn pit contents.

“KBR … claims that the military chose both the locations of the burn pits and the makeup of what was burned. The DOD is staying silent on the issue, neither agreeing nor disagreeing with KBR. Many lawyers I interviewed who are familiar with the case believe this is a coordinated legal strategy; it creates a legal limbo in which no one can seemingly be held accountable,” he wrote.

Setting aside the fact that burning creates chemical reactions which concentrated the dangerous chemicals soldiers breathed in on bases, that DoD officials deemed safe “the makeup of what was burned” in the pits is extremely important to keep in mind.

At home, the same federal guidelines that dictate the DoD’s safety standards have allowed government regulators to tell all of us that Styrofoam, chemical plastics, pesticides and all kinds of other harmful substances are safe for daily contact.

To provide just one unbelievable example of what I’m talking about, consider federal regulators’ position on agri-giant Monsanto’s Roundup weed and grass killer.

Nineteen countries in the European Union just banned genetically modified crops bred specifically to withstand heavy spraying with Roundup. Why? Besides health concerns related to the genetic makeup of the crops themselves, filling the air near massive farming operations with Roundup particles is extremely dangerous to human health.

Despite the documented health concerns, the U.S. still embraces Roundup as safe. And if you live near a large farming operation, there’s a good chance you’re breathing the harmful chemical as you read this. Worse, we’re all dealing with the Roundup runoff that makes it into the water supply throughout the nation.

Monsanto keeps its harmful chemical products on the “safe” list in the U.S. by spending huge sums of money on lawyers and lobbying in addition to maintaining lucrative revolving door relationships with former government regulators and congressional staffers.

But like I said, that’s just one of the more extreme examples.

Because of the same regulatory/government/industry scheming that takes place on a smaller scale with various products, your body is constantly being bombarded by harmful chemical intrusions from food packaging, personal hygiene products, artificial additives and an endless list of other seemingly innocuous health threats.

If you think I’m exaggerating, consider this eye-opening fact. According to Consumer Reports, just 11 percent of ingredients in personal care products are tested for safety in the United States.

Worse, companies selling personal care products can hide controversial or dangerous ingredients in their formulas under the guise of an FDA-approved “trade secret” status. Still, past congressional investigations into the matter have identified more than 125 cosmetic ingredients suspected of causing cancer.

And that’s just from things deemed safe to slather on your skin and hair. Think about the chemical horror under your kitchen sink and in your garage.

Though the ill-effects of the constant chemical exposure we all face don’t present as rapidly as they have for the soldiers exposed to chemical burning, the gradual buildup over time is ruinous for your health.

In fact, between the products we use and the environmental toxins surrounding us, researchers say they are 99 percent certain we’re all slowly developing chemical-related health conditions.

Short of giving up modern life and moving to one of the most remote places in the world, there’s no way to avoid all chemicals that can harm your health. But you can reverse some of the harmful toxic buildup by regularly giving your body the tools it needs to flush harmful chemicals away.

If you haven’t already signed up to get Dr. Culter’s free e-book, Doctor’s Inside Secrets for Natural Cleansing and Detoxification, you should (look just above this article to get it). It’s a reference you’ll certainly use over and over as you detox your way to a longer and healthier life.