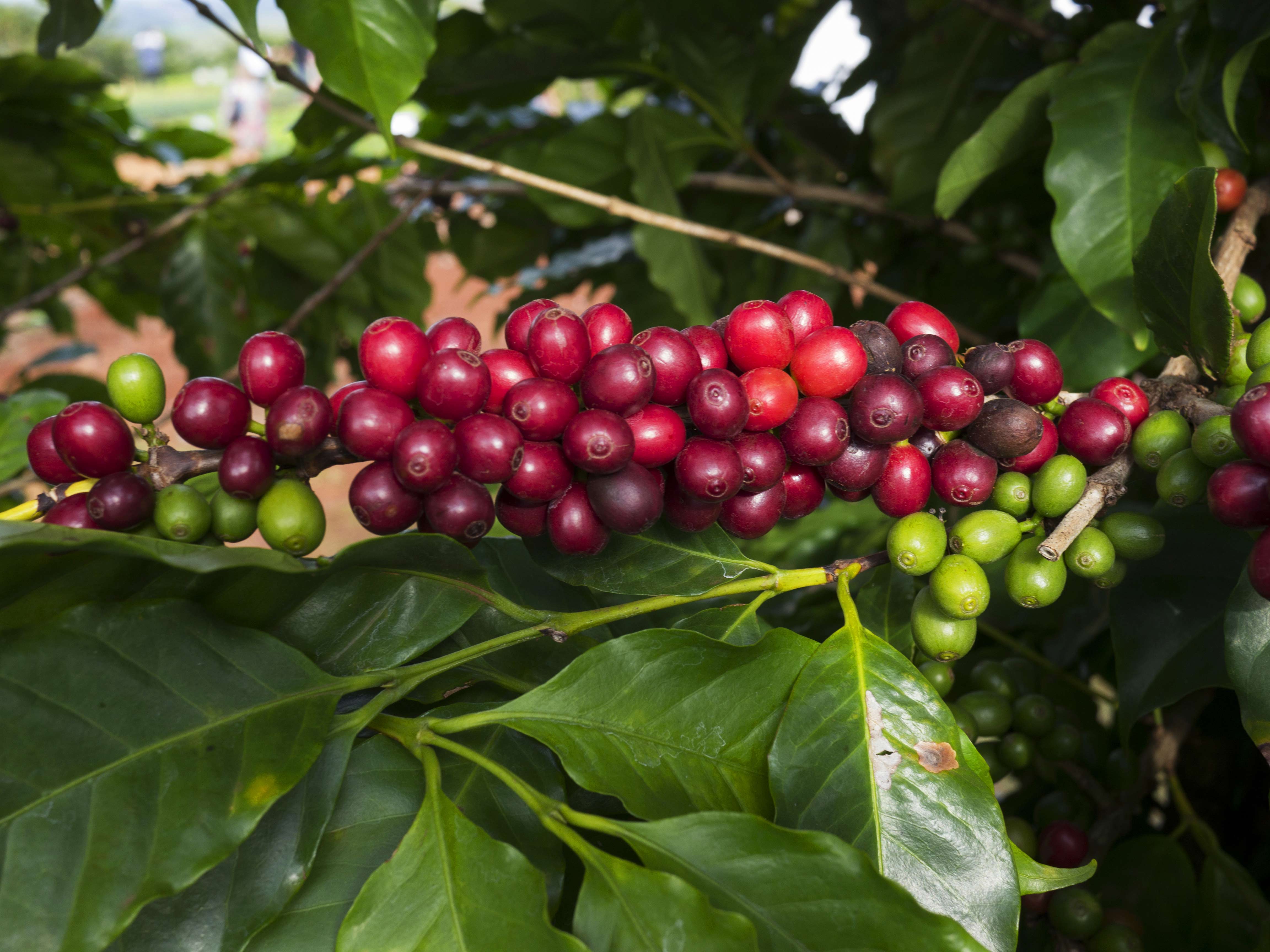 Many people use a cup of coffee to sharpen their mental focus. But there’s a neglected part of the coffee plant that can offer benefits that the coffee bean omits.

A cup of coffee, in fact, contains a wealth of antioxidants and other natural chemicals that do your body good. Yet, there’s another component of coffee plants — the fruit — that is now coming into its own and being recognized for its health benefits.

But first — what exactly is coffee fruit? The best description I found was at nescafe.com, and I’ll share it:

One of the curious things about coffee is that just as it changes its form as it travels from the plant to your cup, it also changes its name along the way.

It starts off as a “cherry” (also known as “berry”) on the tree. And ends up as roasted “coffee”, “espresso”, “cappuccino”, etc.

In between the harvesting and the roasting, it is known as “green coffee beans”.

Coffee berries are usually harvested when they are ripe and have a reddish colour. The seeds inside the berries are called beans and have to be separated from the flesh, dried and sorted.

Think of it like a cherry in which the coffee beans are the pit (two beans per fruit). The ‘flesh’ in the description above is like a husk that surrounds the beans. And this is the portion of the coffee bean known as coffee fruit. It’s typically discarded during production to get to the more commercially valued coffee beans.

For more than a decade, researchers have been investigating the natural substances in this fruit and finding that it includes a wealth of polyphenols – compounds that can defend your body against illness and support important metabolic processes.

For instance, a report in the British Journal of Nutrition shows that consuming coffee fruit can increase your internal supply of brain-derived neurotrophic factor (BDNF) — a substance crucial for the brain’s ability to form neural circuits and preserve memory functions.

Researchers believe that improving your BDNF supply may potentially lower your risk for Alzheimer’s disease, reduce your chances of depression and possibly help you avoid obsessive-compulsive disorder.

But coffee fruit’s benefits don’t stop there. According to a report in Paste, coffee fruit has a higher density of antioxidants than strawberries, blueberries, pomegranate and tea.

The origin of that wealth of nutrients derives from the fact that the coffee fruit, when it grows on the coffee plant like a husk, surrounds the coffee bean and is meant to provide the bean with the natural chemicals it would need to thrive and grow into a new plant.

In most coffee-growing nations, tea is made from coffee fruit. Coffee cherry tea is popular in Bolivia, where it is referred to as Sultana. The coffee fruit, or husk, has a raisin-like aroma and look to it after it has been stripped away from the bean and dried. It’s considered “the poor man’s coffee” and is described as pleasant, somewhat sweet and cherry flavored.

If you’re fortunate enough to live in a climate where you could grow your own coffee plant you could experience the ripe coffee berry. I came across a blog site, where someone living in Hawaii — where the weather is suited for growing a coffee plant — described eating the ripe berry as “the red skin was tough and bitter, but the tiny bit of fruit pulp that covered the beans was sweet and tasty.”

Today, coffee fruit is available in supplements, extracts and even skincare products. It’s also available in various drinks of which my favorite is a brand called Bai that’s been marketed for about six years. It includes coffee fruit from Indonesia and is flavored with a little bit of cane sugar. It’s a refreshing alternative to other types of drinks and its potential for improving your health makes it worth a try.