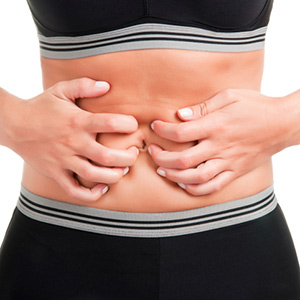 Constipation is much more than just a bothersome symptom. It has serious, long-term, adverse effects on your body, producing complications and increasing the risk of chronic inflammatory diseases.

Constipation affects 12 percent to 19 percent of the adult population in North America, between 42 and 63 million people. [1] It affects women two to three times more than men. That could be because pregnancy and pregnancy-related pelvic changes contribute to the problem.

Constipation also increases dramatically as you age and is especially problematic after age 65. At the same age that constipation becomes more of an issue, so does cardiovascular disease, cancer, arthritis and other serious age-related illnesses.

Could it be that constipation contributes to these illnesses?

I have seen that the problem of constipation is poorly understood in conventional medicine circles. To modern medicine, it is viewed as merely a bothersome symptom that has little if any correlation to chronic diseases outside of the colon (large intestine). However, I’ve learned a lot more about how the body works since my training as a family practice resident physician in Salinas, Calif.

To the medical world, constipation is defined as either having fewer than three bowel movements a week, or experiencing hard and dry stools. However, optimal function entails one to three smooth, soft stools daily.

Moreover, I know the beneficial effects of having four to six soft, loose stools daily, which I have experienced ever since my total colectomy surgery in 1997. It has been a constant bowel cleansing effect for me. I feel quite confident that this is the reason my face and skin look as though I am still in my mid 30s even though I was born in 1963.

Many people who have bowel movements less than daily don’t have any complaints about it. But for others, constipation can be painful or contribute to painful hemorrhoids, fissures, fecal impaction or even (rarely), rectal prolapse. Certainly, having a slow-moving bowel can also add to the amount and odor of flatus (gas), which can be quite embarrassing. (I’ll discuss treatments for this in a later article.)

What’s more, foul-smelling stool and constipation both are related to a much more serious problem: systemic (total body) inflammation of chronic illnesses.

Does chronic constipation contribute to poor long-term health? To better understand this issue, let’s examine what happens when stool remains too long inside your lower digestive tract.

First, consider what is in your stool. Stool contains mostly water. Of the remaining solid material, at least 30 percent consists of a wide range of bacterial strains. [2] The bacteria are not all dead as traditionally reported. Rather, 49 percent are intact, 19 percent are damaged and 32 are dead, according to one reported analysis. If there’s a foul odor, it comes from bacterial action upon the remaining indigestible food matter, cellular debris, cholesterol, inorganic minerals and proteins in your stool.

We know that when stool remains in one place, some of the chemicals in it are absorbed back into your bloodstream through the intestinal wall. One example is organochlorine compounds, which are present in your food and eliminated via your feces. However, scientists have found that some of these chemicals are reabsorbed back into your body. [3] We call this the entero-hepatic circulation process. [4] This means that toxic water insoluble wastes in the bile, intended for elimination, can get re-absorbed into the bloodstream.

You can see why intestinal health is so important! Let me explain more.

Dietary insoluble fiber is naturally fermented in the colon by healthy bacteria, which produces short chain fatty acids such as butyric acid and propionic acid. These short chain fatty acids have been shown to promote colonic homeostasis and better health. According to researchers, [5] the short-chain fatty acids (products of gut bacterial fermentation of dietary fiber) regulate the size and function of the colonic T-reg pool (immune cells) and protect against colitis in mice.

Anything in the gut that helps open up the tight junctions of the small intestinal lining [6] creates the condition known as “leaky gut,” in which food proteins leak into the bloodstream [7] and trigger harmful autoimmune inflammation [8] [9] [10] of various types. A similar process could very well occur downstream in the colon; and when toxic wastes sit there for a prolonged time, they are more likely to find their way back into the bloodstream (the entero-hepatic circulation I described above).

Those circumstances make constipation a contributor to the inflammation that leads to cardiovascular disease, cancer, arthritis, diabetes, skin aging and probably much more.

My next article will examine the causes of constipation and the best treatments for it.