Home » The Dangerous GMO Genie Won’t Stay In The Bottle 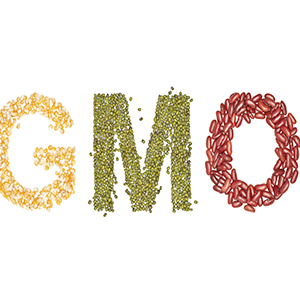 The danger that GMO (genetically modified) crops might cross pollinate with weeds and wild plants presents a huge risk to the environment. That can make weeds harder to control and produce other unwanted ecological side effects.

When forest biologist Claire Williams studied how far tree pollen can travel and still produce new seedlings, she was shocked at how hardy they are.

Williams has investigated the pollen of loblolly pines during peak pollen season in late March and early April. At that time, loblolly pines give off millions of pounds of pollen. Although most of the pollen lands close to the parent tree, some floats away for considerable distances.

Once the wind gets hold of the pollen, it is subject to extreme cold, ultraviolet radiation and rain. “Pine pollen can travel up to 1800 miles in a short amount of time,” says Williams. “But is it viable?”

Taking samples from helicopters and boats, she has discovered viable pine pollen as high as 2,000 feet in the air and 25 miles off the shores of North Carolina.

More than half of the pine pollen still germinates after traveling that far.

“The odd thing is that pollen germination did not decline as distance increased,” Williams says. “You would expect germination to gradually drop off as pollen floats further away, but that’s not the case.”

The studies, funded by the U.S. Department of Agriculture, means just one tree can send its DNA dozens of miles. That would make it hard to prevent the characteristics of GMO trees, including drought tolerance and disease- and pest-resistance, from being picked up by wild plants.

GMO trees have not yet been approved for use in growing fruit and other crops. But they have been planted in field trials.