Home » Do TV Ads For Drugs Endanger Your Life? 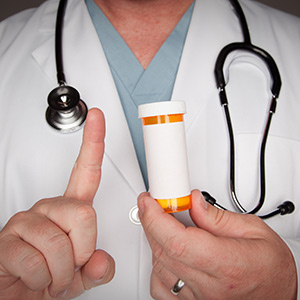 There’s a good reason drug companies run ads for their drugs on TV. They increase sales and profits. But research results show that those same pharmaceutical pitches may be harming your health.

Your health risk rises when a commercial convinces you that you need a particular prescription. The reassuring spokesperson the video screen, the soothing music and the promise of less physical discomfort can be irresistible.

The consequence: You may end up taking a drug you don’t need that produces serious, undesirable side effects. A study shows that if you ask your doctor for a drug that’s being peddled on TV, your doctor very well may prescribe it for you even if you don’t need it.

“A patient request for a specific medication dramatically increases the rate at which physicians prescribe that medication,” concludes a research team led by John B. McKinlay, Ph.D., at the New England Research Institutes, Watertown, Mass. “These results highlight potential negative impacts of DTC (direct to consumer) advertising and other forms of activation in medication requests.”

In McKinlay’s studies, people who were “activated” patients, activated by seeing television drug ads, requested and were too often given unnecessarily strong drugs by doctors.

The researchers found that even if they didn’t receive the specific drug they requested, treatment patterns differed for people who made active drug requests from their doctors.