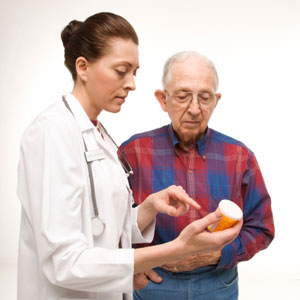 As Americans age, the list of prescription medicines they consume each day seems to grow longer; but this may be leading to a rampant consumption of inappropriate, ineffective and sometimes downright dangerous medications.

One in five prescriptions given to people over the age of 65 is inappropriate for the condition which it is being used to treat, according to a new study in PLoS One. The researchers analyzed data from 19 previously conducted studies. They considered drugs inappropriate if they presented a higher risk of negative side effects than a similarly effective drug, was an insufficient treatment or was over- or mis-prescribed.

The most commonly inappropriately prescribed drugs include drugs containing the pain reliever Propoxyphene, the antidepressant Amitriptiline, the beta-blocker Doxazosin and the antihistamine Diphenhydramine.