Home » Don’t eat the meal that leads to diabetes 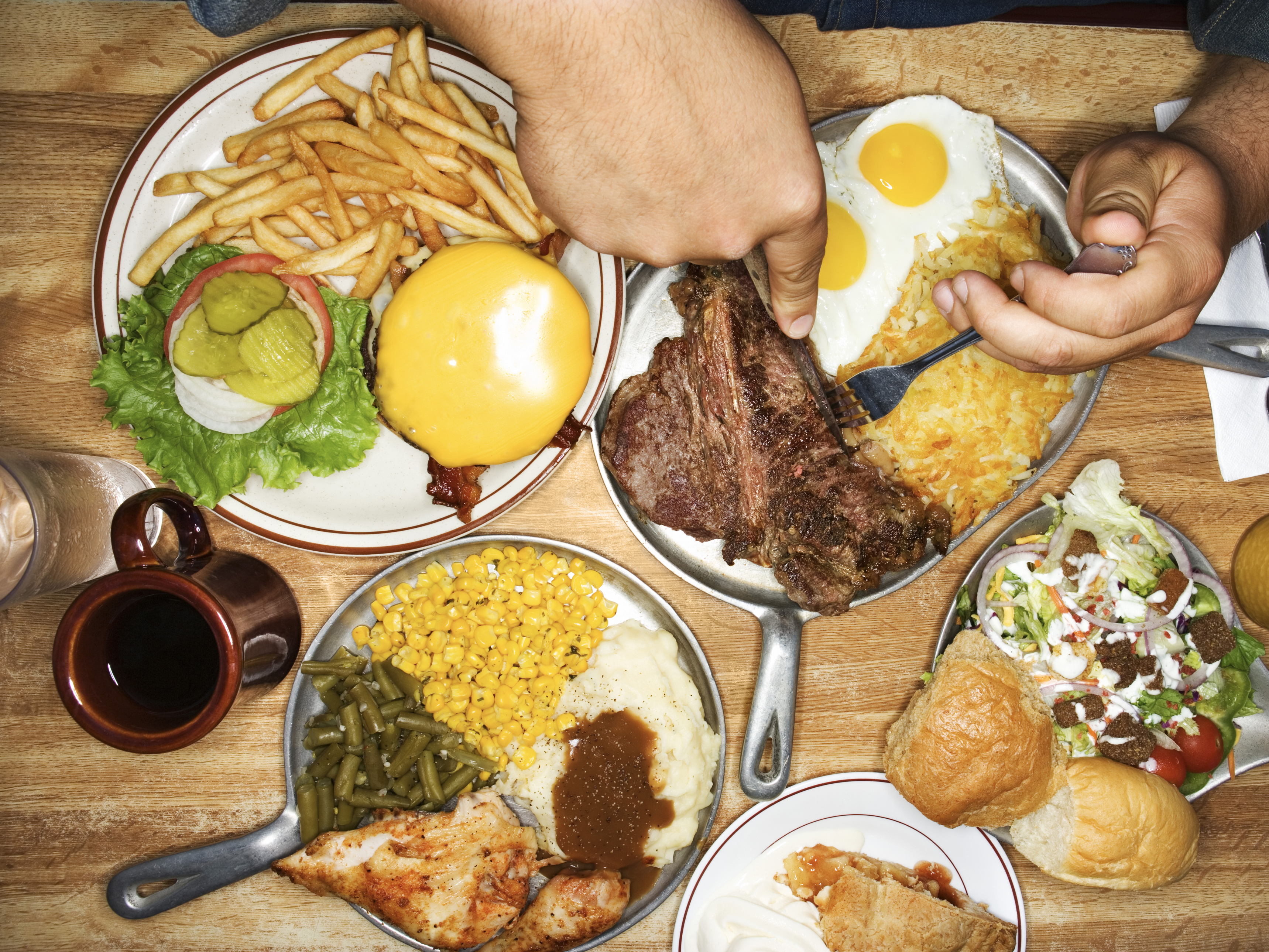 When scientists at the Harvard School of Public Health (HSPH) investigated how the body processes nutrients after you eat, they found that when you eat the wrong types of meals you allow your body to create inflammation that can cause diabetes.

The lab tests at Harvard demonstrate that the most dangerous meal is one that contains too much food. Overeating, according to these lab tests, stimulates the action of a substance in the body that disrupts normal metabolism, makes you vulnerable to insulin resistance and makes you more likely to become diabetic.

The substance, a molecule called PKR, was originally thought to merely play a role in the immune system by helping recognize and defend against viruses. In addition, the researchers believe, PKR is instrumental in boosting your risk of fatty liver, stroke, heart disease and cancer as well as diabetes.

The study results came from tests on lab animals.

“When (lab animals) eat a normal diet, this molecule called PKR is silent,” says researcher Gökhan Hotamisligil who chairs the HSPH Department of Genetics and Complex Diseases. “However, if a cell containing PKR is bombarded with too many nutrients, PKR grabs other immune system molecules that respond to this food attack and organizes a firing squad to shoot down normal processes, leading to insulin resistance and metabolic dysfunction.”

If you want to protect yourself against the potential effects of PKR, avoid a meals that contain too much food. The simple message is that you need to eat less. Enjoy your holiday feasts, but don’t stuff yourself.