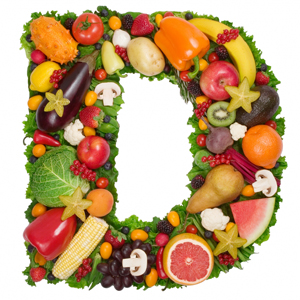 What does a stubbed toe or splinter in your thumb have to do with high cholesterol or memory problems?

More than you think!

As scientists delve deeper into the fundamental causes of chronic illness, they are starting to see links to an age-old immunological defense mechanism called inflammation — the same biological process that causes swelling in an injured toe.

Most of the time, inflammation conveys a very important health benefit. It helps the body guard against infection, or fend off dangerous invaders like bacteria, viruses and parasites. However, when immunity is low or the body is stressed, the natural inflammation-fighting process goes haywire.

Recently, Time, Newsweek, USA Today and dozens of other news outlets reported on one of the most crucial health discoveries in recent years:  Inflammation may play a significant role in age-related health difficulties. Inflammation within the blood vessels of the brain, for example, may contribute to memory loss. Inflammation in artery walls may signal a higher risk of cardiovascular problems. And chronic inflammation throughout the body can depress immune response, leaving you susceptible to an array of health conditions.

What’s more, health problems caused by inflammation don’t just happen overnight. They lie hidden for years until one day the fire becomes too hot and bursts into flame. That’s when you start experiencing symptoms, like joint and muscle tenderness, blood pressure increases, clogged arteries and brittle bones — just to name a few.

Yet most of these news stories on the dangers of inflammation completely fail to mention one piece of critical research that explains why so many people suffer from hidden inflammation. It’s actually due to a severe deficiency of a very common nutrient —vitamin D.

According to the Vitamin D Council, nearly 80 percent of Americans are vitamin D deficient. That’s a key reason why we’re experiencing an epidemic of health problems in America.

Vitamin D is known as the “sunshine vitamin,” which means your body can often make it on its own when you’re out in the sun. But that’s not as easy as it sounds. For one thing, you need at least 15 minutes of sun exposure three times a week — winter and summer — to get enough vitamin D. That’s difficult or impossible to do if you live in a cold or rainy climate. For instance, if you live in the northern United States, in a place like Vermont or North Dakota, the winter sun is not strong enough to stimulate vitamin D production.

Sunscreens block vitamin D creation, too. Plus, your body loses much of its vitamin D manufacturing powers as you age. If you have olive or dark skin you are more prone to a vitamin D deficiency because the melanin that darkens your skin also makes it more difficult for the sun to penetrate your skin.

If you follow a low-fat or vegetarian diet, you are also at risk for a vitamin D deficiency. Vitamin D requires some amount of dietary fat for absorption. People with liver problems, digestive problems or who have undergone gastric bypass surgery are usually low in vitamin D.

One Belgian study shows that critically ill patients have extremely low levels of vitamin D — and that vitamin D supplements can help lower their blood evidence of inflammation. Even small amounts of vitamin D, about 500 IU, can lower inflammation by more than 25 percent.

In another study, scientists at the University of London found that vitamin D deficiency is associated with increased inflammatory response in otherwise healthy people — and that supplementing with vitamin D dramatically reduces inflammation throughout the body.

Not surprisingly, low levels of vitamin D spell big trouble for your bones, too. Vitamin D helps the body absorb calcium and regulate calcium levels in the bloodstream — and it’s critical for keeping your bones healthy and strong.

In a study published in the Journal of the American Medical Association (JAMA), half of women who were hospitalized for hip fractures were found to have very low levels of vitamin D. In one large, controlled study published in the prestigious New England Journal of Medicine, elderly French women given 800 IU of vitamin D experienced a 43 percent reduction in the number of hip fractures.

Researchers in Minneapolis, Minn., tested blood levels of patients with persistent general pain in their bones and muscles. They found that 93 percent of the 150 patients were vitamin D deficient. Bone thinning, which results from vitamin D deficiency, is known to cause such pain.

New studies are coming out all the time reaffirming that patients with serious heart problems have critically low levels of vitamin D — and those low levels could contribute to the development of congestive heart failure. The lower your vitamin D levels, the higher your risk for high blood pressure, too.

Side-stepping the dangers of silent inflammation and the health problems they cause can be as simple as taking vitamin D. However, not all vitamin D is created equal.

The Type Of Vitamin D You Take Matters, Too

Once you begin vitamin D supplementation, your level of vitamin D will go up quickly. But the symptoms related to vitamin D deficiency may take several weeks or months to lessen. Anytime you begin adjusting your biochemistry the optimization process takes time. Remember, vitamin D is an essential nutrient and always maintaining a healthy level in your body will help promote life-long health.

However, not all vitamin D is equally effective. The type of vitamin D you take matters, too. Most vitamin D “fortified” foods — as well as some supplements — contain vitamin D2. That’s an inferior, synthetic nutrient that’s created from irradiating fungus. In fact, vitamin D2 doesn’t naturally exist in the human body. Some studies show it may actually cause unhealthy cholesterol levels and increase inflammation in your joints and arteries.

What your body needs is the form of vitamin D called calcitriol— or vitamin D3. This is what your body makes when it’s exposed to sunlight, and it’s the form that’s easiest for your cells (and your bones) to absorb.

Scientific research already proves vitamin D is one of the most critical nutrients you need for vibrant health. It’s the simplest, most effective way to fight the inflammation that triggers joint discomfort… heart problems… elevated cholesterol… mood swings… brittle bones… and a host of other health problems.