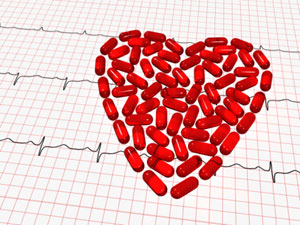 The use of EDTA chelation therapy to improve cardiovascular health has been championed — and challenged — for many years. Does it really reverse atherosclerosis, improve blood flow to small vessels and allow them to be more elastic? I’d like to share some valuable history and studies on EDTA chelation, and what chelation can and cannot do for you.

You may have asked the question, “If EDTA chelation therapy really works, why isn’t it more widely accepted?” Most physicians and patients do not know that medical politics and economic sanctions covertly control the medical system in the United States. Chelation with EDTA was used with impressive results for many decades, but it financially threatened the cardiology standard of care.

History reveals that a much more favorable response occurred when bypass surgery and other high-cost cardiology interventions, such as stenting and balloon angioplasty, were introduced. There was an almost immediate acceptance because these interventions brought wealth and notoriety to surgeons, cardiologists, device manufacturers and hospitals.

According to the Office of Technology Assessment and an advisory board of eminent university faculty, “…only 10 to 20 percent of all procedures currently used in medical practice have been shown to be efficacious by controlled trial.”[1] This means that 80 percent to 90 percent of medical procedures are unproven, yet they continue to be performed under the guise of medicine’s “standard of care.” According to a 1988 report in the Journal of the American Medical Association (JAMA), 44 percent of all coronary artery bypass surgery was being done for inappropriate reasons.[2] So if you hear that EDTA chelation therapy is not universally used because it is not proven, you already know there is double-standard bias against it.

There is one study that is repeatedly quoted by cardiologists to show chelation does not work, and this study was done with the express intention to disprove it… a case of “garbage in-garbage out.”

However, studies showing the benefits of EDTA chelation began in 1956 when Dr. Norman Clarke Sr. and his associates in Detroit found 19 of 20 patients treated with EDTA had “remarkable” improvement from chest pain symptoms.[3] A 1988 retrospective study of 2,870 patients showed overall that 89 percent got good or marked improvement in cardiovascular disease symptoms, including ischemic heart disease, intermittent claudication, cerebrovascular disease and even scleroderma.[4]

In 1994, researchers L. Terry Chappell, M.D., and John P. Stahl, Ph.D., performed a meta-analysis of currently available studies using EDTA chelation therapy for cardiovascular disease. In their search, they identified 40 articles on the subject. Of the 19 studies that met their criteria for a valid study, there were 22,765 patients included. Their analysis revealed that on average there was an 88 percent positive relationship between EDTA therapy and improved cardiovascular function as demonstrated by clinical improvement and also by objective before-and-after testing. Additionally, they collected unpublished “file drawer” data from 32 clinicians who use intravenous EDTA and found improvement in 1086 of the 1241 patients (88 percent).[6]

The bulk of the reported clinical outcomes and studies are excluded from the online peer-reviewed scientific data of mainstream medicine (found at www.pubmed.com) simply because of its potential economic threat to the current standard of care. Only 10 percent of the world’s total biomedical literature can be found in those databases.[7] It is reported that EDTA chelation therapy has been given to more than 1 million Americans and 3 million patients in Canada, Europe, Australia and South America.

The Results You Can Get From EDTA Oral Chelation Therapy

In theory, EDTA has a gradual effect of chelating (grabbing and pulling out) calcium deposits of atherosclerotic plaque to open up blood vessels. Oral EDTA chelation is estimated to represent 5 percent to 18 percent of the potency of IV chelation. This slower effect still results in improving blood flow in small arteries and arterioles so that organ function is improved. It potentially affects any organ that needs improved blood flow to function better. The patient testimonials I have read regarding an oral chelation product include these results:

What Not To Expect From Oral Chelation

The health improvements listed above are not well-studied and should not necessarily be expected. Sometimes, I am contacted by patients who are given a poor prognosis of impending heart attack or heart failure by their cardiologist and who want to forego a surgical intervention they are told they should have performed on them. Unfortunately, under those circumstances, that is not the time to expect oral chelation to save the day.

Nevertheless, chelation along with a strict adherence to nutrient-rich foods of predominately fresh produce, juicing, stress reduction and heart-healthy natural supplements (i.e. nattokinase, omega 3 oils, CoQ10, alpha lipoic acid, D-ribose, L-carnitine, L-arginine high dose and green tea) has been reported to save a person from surgery. This type of regimen can rapidly reduce inflammation, and oral chelation helps further the healing. But I suggest relying on surgical interventions if an unexpected sudden crisis does occur, such as stable angina that progresses to symptoms of a heart attack.

To your long-term health and to feeling good,