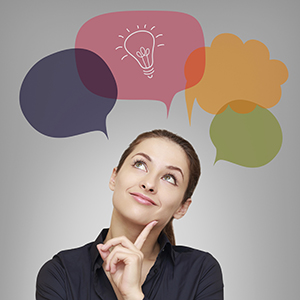 Did you remember to take your brain health supplements? Is your busy schedule slowing down your cognitive power? Is all the multitasking “multi-taxing” your mind? Brain fog is one of the most common issues we hear about today, especially as people age. But that doesn’t mean we’re powerless against it. In my practice, I employ a multi-pronged approach to improve cognition function and overall health.

For optimal brainpower, there are a few key areas to emphasize: supporting circulation to the brain, reducing inflammation, increasing antioxidant protection and supporting energy production.

Mitochondria are the precious organelles within cells that perform numerous critical functions, including cellular energy production. Mitochondrial dysfunction compromises the integrity of cells and may play a vital role in aging, metabolic and degenerative diseases. Protecting mitochondrial function is critically important for normal brain function.

One problem with cognitive health can be a lack of energy. So when we are supporting mitochondrial energy, we are supporting cognitive function. And that is why medicinal mushrooms like Cordyceps, Reishi and Tremella are excellent allies for brain support. They are considered adaptogenic, meaning they function under difficult conditions and they help the brain to perform better under stress. Medicinal mushrooms also are high in natural phospholipids, which protect brain cell membranes. Cordyceps, Reishi and Tremella mushrooms all provide antioxidant, mitochondrial and circulation support, which in turn leads to greater energy production.

Another critical part of energy is diet. We want a diet that does not produce spikes in insulin or a lot of free radicals. These effects generate inflammation and also specifically damage brain cells. So a low-glycemic-index (low-sugar) diet that is high in natural antioxidants is important in reducing inflammation and oxidation and in increasing energy levels. Emphasize fresh vegetables, healthy fats, lean protein and sprouted grains and legumes.

NADH, which is one of the biochemicals that produces energy in mitochondria, can also be taken as a supplement. Currently, NADH is used for improving mental clarity, alertness, concentration and memory. Some patients take it for Alzheimer’s disease. Because of its role in energy production, NADH is also used for improving athletic endurance and treating chronic fatigue syndrome.

Antioxidants are critical for maximizing cognitive function. The basic compounds that naturally help transfer nutrients into the mitochondria are acetyl L-Carnitine, or L-Carnitine, and alpha lipoic acid, along with vitamins C and E.

But there’s another powerful herbal antioxidant that is 1,000 times more powerful than vitamin E. It’s called honokiol, an active compound extracted from Magnolia bark. Research over the past two decades has shown that honokiol provides numerous health benefits. In a 2010 preclinical study, honokiol was shown to help protect against Alzheimer’s disease.

Boosting Circulation To The Brain

Another approach to enhancing cognition and brain function is supporting circulation. Gingko is a classic example, but other herbs such as the traditional Chinese herb dan shen (Salvia miltiorrhiza) and hawthorn can also be useful. There are also cardiovascular formulas that simultaneously support circulation and antioxidant activity. One of my top recommendations is a Tibetan herbal formula that has been extensively researched in clinical studies.

Vinpocetine also helps circulation to the brain. Derived from the periwinkle plant, Vinpocetine has been widely used in the treatment of ischemic cerebrovascular diseases and vascular-type dementias. If we look at contributing factors in dementia, much of the disease is due to oxidative stress and abnormal function, such as amyloid plaque formation found in Alzheimer’s disease. But dementia is also a vascular disease related to poor circulation. Research suggests that vinpocetine has several different mechanisms of action that account for anti-inflammatory, antioxidant, vasodilating, antiepileptic and neuroprotective benefits in experimental studies.

In addition to nutrition and supplementation, we can incorporate mind-body practices such as meditation and yoga, which are shown to support cognitive and emotional health. Regular exercise also changes different neurotransmitters and endorphins to support peak mental functioning and healthy mood. So being physically and emotionally health certainly supports brain function.

A multilayered approach that addresses brain health from multiple angles offers the best chances at preserving and enhancing cognition. This type of approach can also support numerous other areas of health in the process, which in turn will further preserve brainpower as we age. Now that’s a bright idea!