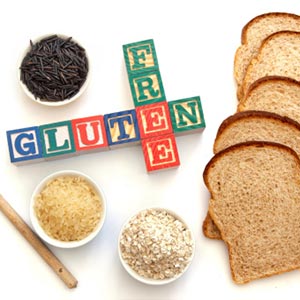 The gluten free movement is still going strong. An outpouring of compelling published research continues to link modern wheat and other gluten-containing grains like rye and barley to chronic disease and degeneration. Many people who eliminate gluten are finding a new lease on life.

In addition to digestive disorders, neurological conditions, autoimmune reactions, periodontitis, cancer and other illnesses, gluten is also believed to play a significant role in the development and progression of type 1 diabetes. Often called juvenile diabetes because it typically begins in childhood, this autoimmune condition attacks pancreatic cells and prevents them from producing insulin. That means people have to have insulin injections. This type of diabetes differs from type 2, where excess glucose causes the pancreas to release more insulin, leading to insulin resistance within cells.

The links between gluten and both types of diabetes have been demonstrated in previous research. But a new study highlights some of gluten’s key mechanisms that specifically work to promote type 1 diabetes. First of all, gluten damages the gastric lining, causing intestinal permeability (leaky gut). That damage triggers autoimmune reactions when undigested food particles leak into the bloodstream. An ongoing immune imbalance caused by leaky gut can potentially lead to more serious autoimmune diseases, including type 1 diabetes.

The Role Of Bacteria

The study also showed how a diet containing gluten disrupts the gut microbiome, which includes the population of beneficial microbes (probiotics) whose health and diversity play a significant role in your overall well-being. Probiotic colonies in the body are closely involved in immune regulation, neurotransmitter function, nutrient absorption, vitamin production, cardiovascular health and much more. Researchers have previously demonstrated links between healthy bacterial populations and the management of glucose and insulin function in diabetics.

Specifically, gluten-containing diets were shown in this study to trigger imbalances in particular probiotic strains. A probiotic strain called Akkermansia, which protects against type 1 diabetes was significantly reduced in gluten-fed subjects. Those on a gluten-free diet however, showed higher levels of these beneficial bacteria.

Gluten sensitivity can be sneaky, and many people may not be aware that they are sensitive. Some gluten-free advocates assert that gluten can affect everyone, triggering low-grade inflammation that goes unnoticed until a problem develops. A simple way to find out for yourself: Stop eating all gluten. After a week, check your energy levels, mood, mental clarity and digestion. If your bloating, tiredness and brain fog clear up, you can be pretty sure that gluten is the reason for these issues.

However, you may still have gluten sensitivity without having any of these symptoms. And it could eventually result in various chronic inflammatory-based diseases down the line.

There is also a genetic component to gluten sensitivity, so
if anyone in your family has symptoms or chronic illness, gluten sensitivity should a prime suspect when you are tracking down the source of your health problems.

Luckily, there are straightforward ways to support your digestive environment and heal from the chronic inflammation that can be caused by eating gluten regularly.

First, of course, is the removal of gluten-containing foods and products from your diet. A whole food, unprocessed diet emphasizing healthy protein and good fats, along with brightly colored fruits and vegetables, supports a healthy gut microbiome, as well as balanced blood sugar and insulin levels. Cultured, probiotic foods such as sauerkraut, kim chee, yogurt and kiefer can also support healthy blood sugar levels and promote a healthy gut microbiome.

I also recommend a digestive formula that includes digestive enzymes, medicinal mushrooms, zinc, chromium, pepper fruit and other botanicals. These ingredients have a time-honored record of supporting digestive health and efficiency while also supporting immunity and a healthy metabolism. The herbs and nutrients in this formula also help promote a healthy digestive environment for probiotic microbes to thrive.

The gluten-diabetes connection is becoming clearer as researchers continue to link the thousands of indigestible gluten proteins in modern wheat to weight gain, fatigue, elevated blood glucose, autoimmune reactions, digestive ailments and inflammation. These are all significant precursors to metabolic disease and diabetes. Plus, gluten reactions can lead to countless other chronic conditions that rob us of our life quality.

Essentially, the gluten free movement isn’t just another fad diet that will fall by the wayside. A large body of data continues to build that shows just how this modern, hybridized protein affects the very foundation of our health.