Home » GMOs: What happens in the lab is just half the danger 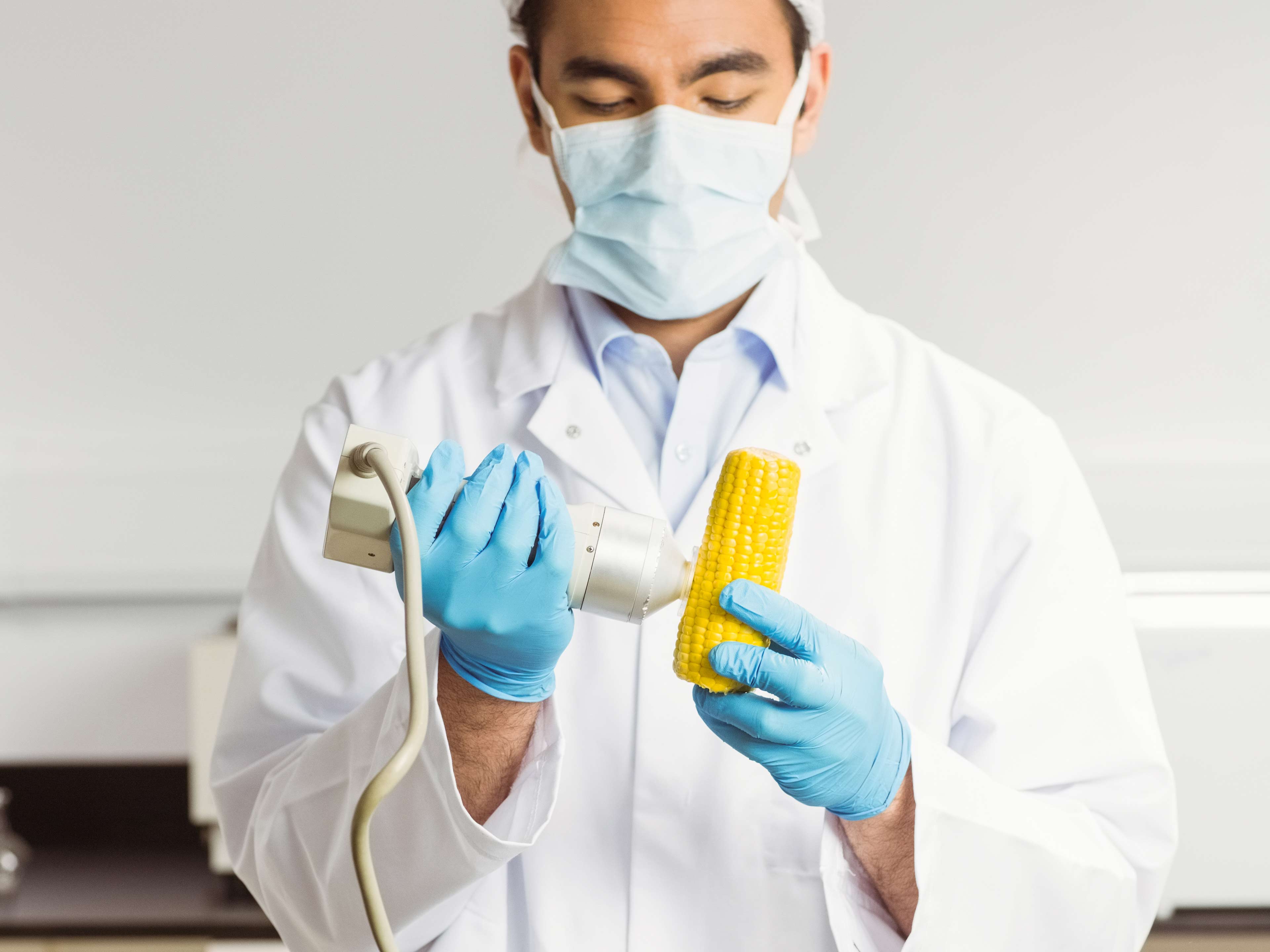 GMOs — genetically modified organisms — pervade the food on supermarket shelves. But none of the labels on food warn you of the presence of GMOs. Should you be concerned?

Emphatically yes, you should be worried. A GMO is an organism — plant or animal — that has had its genetic material altered through laboratory procedures known as genetic engineering.

One reason to be uneasy about this technological process is GMO seeds were designed to make crops in the field better able to survive massive amounts of herbicide. And the custom-made herbicide that goes hand in hand with GMO seeds is glyphosate. It’s been raising alarms all over the world — but in the U.S., bigwigs in the agriculture industry would prefer to keep that under wraps.

Because copious amounts of this poisonous herbicide is being applied to GMO crops, the potential for toxic residue in the food you eat could be quite high. Especially since the Environmental Protection Agency (EPA) does not currently test foods for glyphosate, although they test for hundreds of other herbicides, pesticides, insecticides and fungicides. [1] And around the world glyphosate has been linked to cancer, kidney disease, birth defects, autism and more.

Additionally, the dangerous saturation of farm fields also allows for more runoff of toxic chemicals into lakes and streams, and endangers the survival of bees, butterflies and other beneficial insects, as well as the birds that feed on insects.

It only makes sense that you should be able to choose between GMO foods and non-GMO foods — especially if you have an abhorrence to poison. But in the U.S., these foods do not have to be labeled. In contrast, dozens of other countries tightly restrict the marketing and sales of GMO foods.

But the U.S. lags behind these countries in admitting to the health and environmental problems linked to GMO foods. Some food companies that keep GMOs out of their products are proud to voluntarily note that on their packaging. However, it is still very difficult to avoid them during a typical jaunt to your grocery store.

Until major changes occur in regards to the labeling of GMO foods, the best way you can avoid them is to stop eating processed food and seek out organic whole foods. The Environmental Working Group (EWG) estimates that 75 percent of the foods in supermarkets contain GMO ingredients, of which the four most common culprits are:

Protect your health from GMOs

You can bet these four GMO crops fill the boxes and bags of processed foods lining store shelves. Because they are mass-farmed, they make for cheaper ingredients and bigger bottom lines for the food manufacturers. Your health is the last of their concerns.

That’s why I try my best to seek out small, local farms in my community and farmers’ markets that can help me avoid GMO foods. But I always ask, even at the farmers’ market, if the fruits or vegetables I’m buying were grown from GMO seeds. I want to be 100 percent sure that I experience as little exposure as possible to avoid any long-term health effects. But it’s not easy to do.

Dr. Isaac Eliaz has written on the subject of GMOs for Easy Health Options and recommends supplement therapy and detoxification therapies to avoid cellular damage from GMO exposure. That’s just how deeply this danger can penetrate.

I don’t think there is any question about GMOs being detrimental to your health — on many levels. You may have to put in a little extra work when shopping — but for your health’s sake it would be well worth it.

For more on GMO issues and how to avoid GMO foods, consult the NON GMO Project.