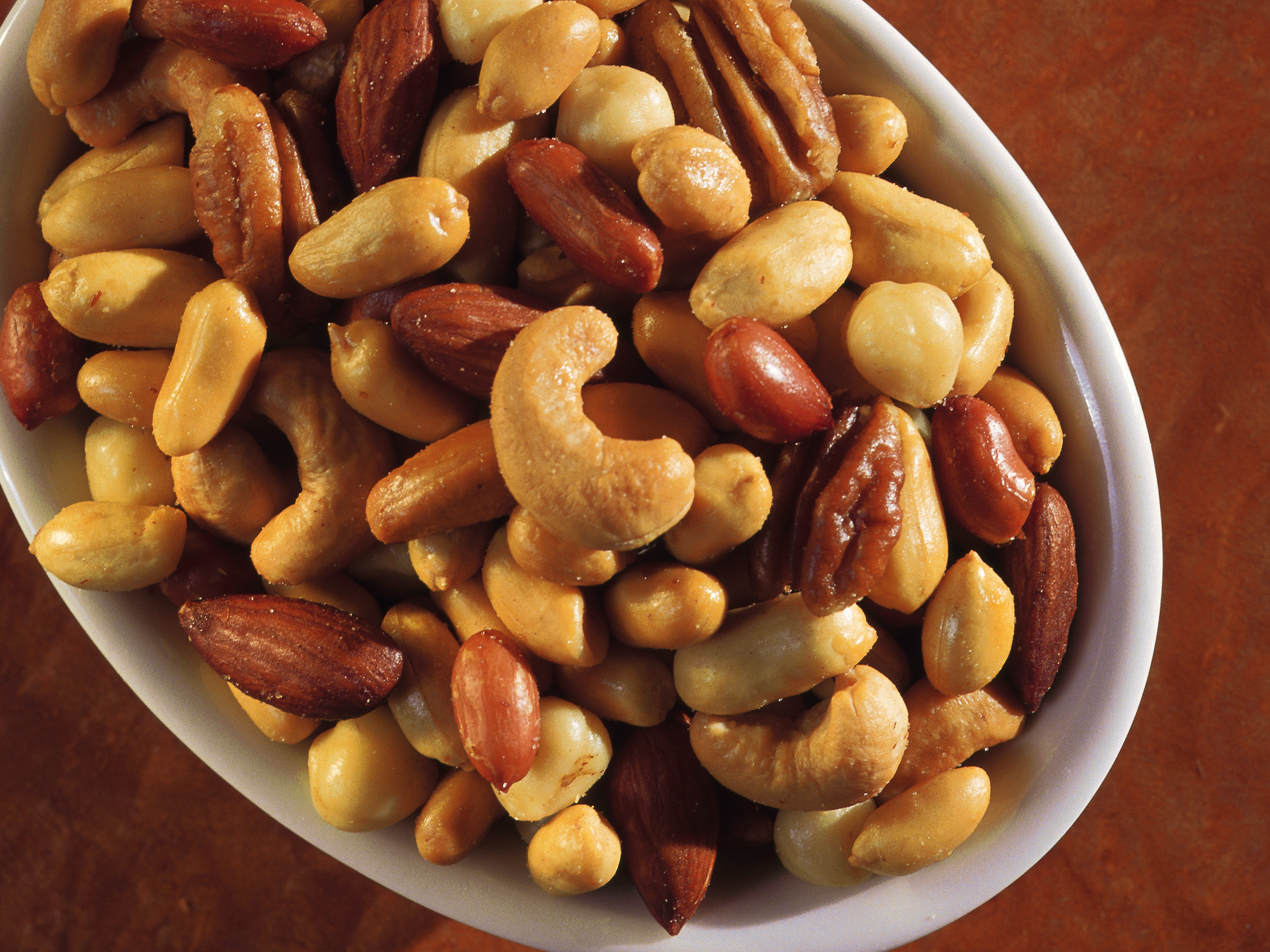 There’s one dependable food that can improve your chances.

In the search for extending your life expectancy, researchers offer one word: nuts.

A study in the Netherlands shows that eating about half a handful of nuts or peanuts (although, technically, peanuts aren’t nuts, they’re legumes) every day gives you a lower risk of dying during the next few decades.

The health protection revealed by this study was found to be strongest for lung diseases and neurodegenerative conditions like Alzheimer’s disease as well as cancer and heart disease. The benefits were found to be equal in both women and men.

This research, which involved more than 100,000 people, found that during the 30 years of the study, the people who snacked on nuts had the lowest risk of dying.

And you don’t have to eat much to benefit.

“It was remarkable that substantially lower mortality was already observed at consumption levels of 15 grams of nuts or peanuts on average per day (half a handful). A higher intake was not associated with further reduction in mortality risk…” says Piet van den Brandt, who is with Maastricht University in the Netherlands.

The study, however, did not find that peanut butter offers the same longevity extension as peanuts. That’s because peanut butter often has unhealthy vegetable oil added and has been shown to contain trans fatty acids, fats that can increase your risk for cancer and heart issues.

I’ve reported before on the important reasons to make nuts a part of your diet. Nuts used to be vilified because they are high in fat. But the fat in nuts are healthy fats. Research like this presents more evidence that fat as a nutrient isn’t the bad guy, it’s the damaged fats in processed foods that are risky.

Want more proof? Consider the town of Loma Linda, California, which I wrote a little about here. They live an average of 7 years longer than the average American. One of the unique things about the folks who live there is they eat more nuts than people in other places. As reported first in the journal Archives of Internal Medicine, they eat nuts at least three but usually more than 5 times a week, and have a much lower risk for heart disease and heart attack.

If you’re wondering which nut is the healthiest, well, that’s an argument for another day. But pistachios are great for men’s health, walnuts have a lot of omega 3, Brazil nuts give you a daily dose of the cancer-fighter selenium, and every nut has healthy fats and nutrients with antioxidant effects. So go nuts!