Home » Good News For Individuals Who Like To Play Hard 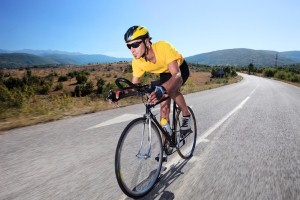 Copenhagen researchers conducted a study on bicyclists which suggests that high-intensity physical activity may be more beneficial to one’s health than leisurely exercise.

While a gentle ride on a bicycle is no doubt relaxing, the team of scientists showed that cycling quickly may result in an estimated five extra years of life for men and an additional four years for women. Moderate-intensity male and female cyclists appeared to live about three and two years longer than their slower counterparts, respectively.

The researchers adjusted for age and other risk factors for mortality, like smoking and body weight.

“This study suggests that a greater part of the daily physical activity in leisure time should be vigorous, based on the individual’s own perception of intensity,” said lead researcher Peter Schnor.

The authors of the study said that it has long been recommended that people get about 30 minutes of exercise daily, but no one has yet defined how much energy an individual should expend. Previously, the team of scientists determined that high-intensity walking is more heart-healthy than slower strolls.