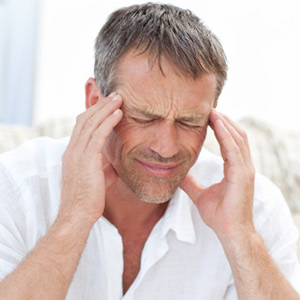 Migraine headaches are the bane of existence of those who suffer these debilitating and life-wrecking events. Most people who suffer chronic migraines are told to avoid red wine, drink plenty of water and take medications. Well, until now. New studies show hope in new places, whole challenging old ideas.

Migraines are no ordinary headaches. They are not caused by tension or stress or allergies, like many other types of headaches.

Rather, migraines are caused by changes in the quality of blood vessels. Vasoconstriction and vasodilation cause extreme pain – and, often, an aura before migraine onset — along with sensitivity to light, smell and sound. Luckily, true migraines affect only one in 10 Americans (10 percent of people worldwide, but three times as many women as men). While a direct, single-cause of migraine trigger is not yet known, there is a link to certain things, like chemicals in plastic food packaging and flickering lights, as well as red wine. Let’s see where the “good news” comes in.

Researchers Nancy Berman and Lydia Vermeer at Kansas University (KU) Medical Center had a hypothesis they wanted to test. Since more women than men get migraines, and they often are related to the menstrual cycle, perhaps hormones play a key role in migraines. They also wondered if bisphenol A (BPA), a hormone-disrupting chemical used to make plastic firm, might play a part. BPA leaks into food or drink from food and beverage containers. When you consume BPA, the chemical acts like estrogen.

Does BPA, then, also trigger migraines?

To put this hypothesis to the test, they injected lab rats with BPA and found that, in fact, the BPA activated estrogen receptors. The lab animals also displayed significantly worse headache symptoms than animals not exposed to BPA.

While the Food and Drug Administration has declared BPA to be safe in low levels, it has also expressed concern about deleterious effects on the brain and behavior and in the prostate health of young children and even fetuses. As such, the FDA has banned the use of BPA from baby bottles and drink nipples.

Hmmm, sounds “unsafe” to me! To boot, Canada, France and China have actually banned BPA from many consumer applications.

BPA is found in water bottles, including those with recycle codes of 3 and 7, and also in the lining of many canned goods. The problem is that one of the preventive measures of migraines is to drink plenty of water. So that’s a real problem.

The new solution: Drink filtered water out of a glass container, glass or plastic bottle that is marked “BPA Free.” I do. And while we don’t yet have clear proof of a human reaction, as we do with rats, it takes no money and little effort to prevent a migraine by changing the type of vessel from which we consume our water. So the good news here is that we are now aware of another potential migraine trigger (BPA) and we can easily avoid it by purchasing canned goods and plastic contained food and beverages marked BPA Free or indicating recycling code #2.

LED Lights To The Rescue

The end of incandescent light bulb use in the United States draws nigh. As part of the Energy Independence and Security Act of 2007 (originally called the Clean Energy Act of 2007), light bulb manufacturers must produce 40 watt bulbs that only draw 10.5 watts of energy, and 60 watt bulbs that draw only 11 watts of energy. The result is compact fluorescent bulbs (CFLs) and LED lights.

What’s this got to do with migraines?

For starters, it is known that flickering lights can trigger migraines and seizures. One theory is that migraine headaches are subdural or deep seizures. Mark Green, M.D., director of the Center for Headache and Pain Medicine at the Icahn School of Medicine at Mount Sinai, told FOX News that “most migraine sufferers enjoy incandescent lighting, since it doesn’t produce any flickering sensations and has a nice warm feel. But with this change, it’s going to be harder for individuals to avoid fluorescent lights.”

The good news is that LED lights, although more expensive than CFLs and other types of bulbs, are not constructed of filaments. Therefore, there is zero flickering. (The movements of electrons in a semiconductor triggers illumination.)

Now, with LED technology, people can conserve energy, light a room and do something proactively to avoid another migraine trigger.

A Bottle of Red? Sure!

Red wine is on the no-buy list of headache sufferers, especially for those prone to migraines. It seems that red wine contains alcohol, sugars, tannins and histamines. All four of these are known (or theorized) to trigger migraines.

To overcome the dehydrating effects of the alcohol and spike of sugars in red wines, you should drink a glass of water for every glass of wine you imbibe. However, the story is different for histamines and tannins. And red wines have more of these than white, which is why migraineurs should avoid the stuff.

Well, just in time for the holidays there is a gift in the form of “migraine-safe” red wine. Italian, no less!

How so? Di Vino Wholesalers now offers an Italian red wine called Veglio Michelino e Figlio, that has been vetted by a Norwegian organization called MigrainePolice.com, as “unlikely to cause headaches in the vast majority of migraine sufferers.” Who knew such a wine or organization existed? I love it!  Read more here.

According to a recent press release, the FDA has allowed marketing of the Cerena Transcranial Magnetic Stimulator (TMS), the first device to relieve pain caused by migraine headaches that are preceded by an aura (a visual, sensory or motor disturbance that immediately precedes the onset of a migraine attack).

The Cerena TMS is a prescription device used after the onset of pain associated with migraine headaches preceded by an aura. Simply hold the devise to the back of the head and press a button, and a pulse of magnetic energy stimulates the brain’s occipital cortex. Trials show this can stop or greatly decrease symptoms of migraine.

The FDA reviewed a randomized control clinical trial of 201 patients who had mostly moderate to strong migraine headaches and who had auras preceding at least 30 percent of their migraines. Of the study subjects, 113 recorded treating a migraine at least once when pain was present. Analysis of these 113 subjects was used to support marketing authorization of the Cerena TMS for the acute treatment of pain associated with migraine headache with aura.

If this product really works as claimed, it could be a game-changer in the lives of millions. Click here for more information.