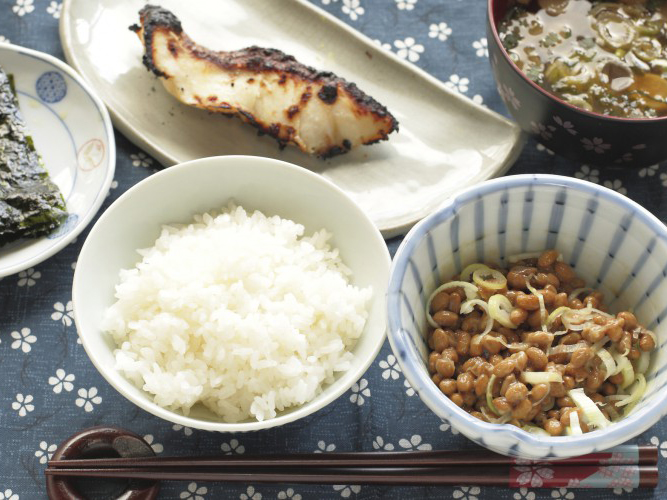 The default option for most Americans experiencing health problems is to run to the physician in search of a diagnosis and cure.

Doctors are taught in medical school to do differential diagnoses which almost always end in either a drug fix or surgery. So the people, taught to always “ask your doctor,” most often get an answer in the form of a drug they are assured will “cure” them, even though it was never designed to do so.

Drugs only treat ad infinitum. As a result, America is a drug culture and untold millions of Americans are prescription drug addicts as surely as the crack, heroin or meth addict is addicted.

What does addiction in America really look like? According to WebMD, the 10 most prescribed drugs in 2014-2015 were:

There are around 330 million people in America. The prescriptions above for the most part don’t overlap, meaning there are more than 130 million people taking just these medications each month. How many millions more prescriptions are being written to how many more millions of people? Some estimates put it at 70 percent of all Americans — or somewhere near 223 million.

After years of research and reading, my conjecture is that most of America’s health problems are directly related to diet. The standard American diet is low in nutrition but high in calories. This is a fatal combination for the people, but a boon to the medical establishment that profits off our poor health.

This is the American diet as portrayed by the USDA’s My Plate. The deception is that we are satiated with a lot of calories but starving for nutrition. And even worse is the proliferation of processed foods that make up much of the average American’s diet. This is the perfect formula for the conditions that are so prevalent in America: overweight, obesity, heart disease, cancer and diabetes. This is a situation that I call full-belly starvation.

And this difference may be tied directly to diet.

Since the Japanese government adopted its Food Guide Spinning Top in 2005, life expectancy has increased among people who follow the guidelines. The spinning top, an inverted pyramid, calls for a preponderance of grains (five to seven daily servings of rice, bread, noodles and pasta); vegetables (five to six servings); fish, meat, egg and soy bean dishes (three to five servings daily); and no more than two daily servings of fruits and milk and milk products. For beverages it calls for water and teas. 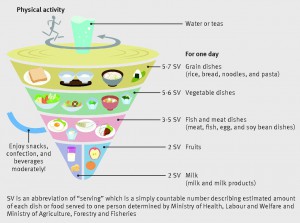 This differs from the U.S.-recommended MyPlate dietary guidelines which call for half of a daily diet to consist of vegetables and fruits (mostly vegetables), and the other half grains and proteins (mostly grains).

Those Japanese who adhere closest to the guidelines showed a drastic reduction in mortality from cardiovascular disease and cancer, according to a study by The BMJ. So you can’t deny that the best medicine you can take is a proper diet… and one devoid of most sugar…

That’s the key difference between what American’s eat, it seems, and the Japanese diet is sugar. Sugar is a toxin that leads directly to chronic diseases, like the obvious — diabetes, obesity and heart disease — but also cancer. That’s because the effects that sugar has on your body’s insulin production go far beyond diabetes.

But conventional doctors can’t wrap their heads around insulin — your body’s master hormone — outside of the context of diabetes. That’s why outside of a diabetes diagnosis they don’t talk with you about it.

From the top on down, there are some strong reasons the medical industry truly would prefer you never understood just how important insulin is — and the huge profits from pharmaceuticals is just one of them. But if you’d like to know more, my friend Dr. Michael Cutler explains is well in his book, The Insulin Factor. It’s a very informative read and is full of some of the best dietary, and various other health advice, available.