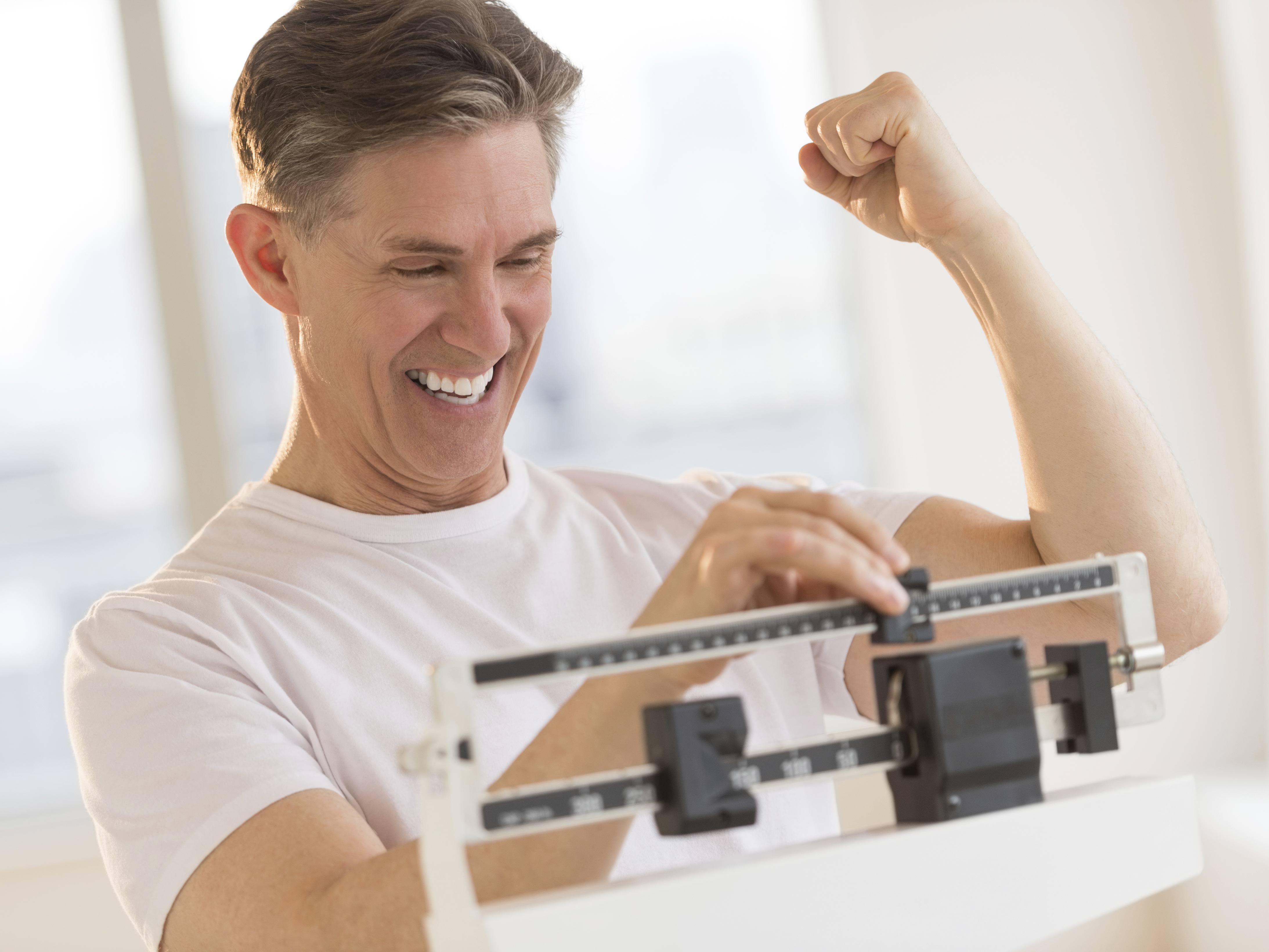 The hCG weight loss method developed by A.T.W. Simeons, M.D., has created more controversy in mainstream medicine than any other method I know of. I am biased towards this method because I have used it with many patients and I nearly always see tremendous success.

What is hCG and how does it work?

The hCG method still amazes me and I love to oversee patients who are willing to be serious about doing it correctly and faithfully, as it is so effective. So what is it?

Human Chorionic Gonadotropin (hCG) is called the hormone of pregnancy because it circulates in high concentrations during the first trimester of every pregnant woman.  This hormone is purified from the urine of pregnant women (which I think is better than taking Premarin which comes from pregnant mare urine) and hCG has been used for fertility treatments for many decades in modern medicine. It causes the corpus luteum of the ovary to produce progesterone in women, thereby increasing her chance of pregnancy. In men, hCG helps the testicles produce testosterone and sperm. Yet there is another effective use of hCG: weight loss in both men and women.

Dr. Simeons, the late British physician,  was the first to discover and perfect the use of hCG for weight loss. He observed that other doctors were successfully treating adolescent boys with adiposogenital dystrophy syndrome (so called “fat boys”) by injecting them with hCG twice weekly, which caused them to have a dramatic and healthy redistribution of their storage fat towards a more masculine and lean appearance. He then found that small amounts of hCG injected into normal men and women caused rapid loss of body fat, without adverse effects.  Eventually he established a clinic in Rome and used his protocol with great success, mostly among the rich and famous. Though it was (and still is) largely rejected by mainstream medicine for political and financial reasons, he wrote in his original manuscript entitled, “Pounds and Inches,” that “Doctors from all over the world have come to Italy to study [my] method first hand…”

He reported that approximately 93 percent of patients responded very well to hCG and dramatically lost storage fat (15 to 40+ pounds within 40 days).  The other 7 percent seemed to be resistant to this effect of hCG.  In his one-, two- and five-year patient follow-up studies, he reported that 85 percent of them kept their weight off within 10 percent—and none gained all their weight back. Those who did gain more than 10 percent of their weight back did so because they returned to unhealthy foods at unhealthy portions.

Dr. Simeons described three kinds of body fat: structural fat that surrounds internal organs, gives support to arteries, keeps skin smooth and taut, and provides padding for bones around the body and under the bottoms of your feet; reserve fat molecules used only as“fuel” when nutrients in your blood stream fall low enough for energy needs; and storage fat that accumulates in specific “problem” areas such as the abdomen, hips, upper arms, buttocks, thighs and breasts, giving unwanted pockets or generalized obesity. Storage fat can only be lost as a last resort, unless you have hCG circulating, in which case it can be utilized as fuel first.

Dr. Simeons also found that hCG injections somewhat improved these other health conditions in patients on his protocol: hypertension, coronary artery disease, stroke, high cholesterol; diabetes; arthritic pains and gout, migraine headaches, varicose veins, stomach acid disorders, psoriasis and thin hair or thin fingernails. Yet there still remains one main precaution with the use of hCG (even though every pregnant woman is exposed to for up to three months and we don’t see pregnancy as a risk for cancer): the remote possibility of enhancing the growth of an already present hormone-sensitive cancer, such as ovarian, uterine, testicular or breast cancer.

What is the protocol?

It consists of three main phases of implementation. Phase 1 is a preparatory phase to learn about nutrient-rich whole foods, experience a clear liquid and/or biliary and liver cleanse if you are willing, and to prepare your kitchen and your brain for the 500 cal/day diet of phase 2. It’s best to do this for four weeks, and short-cutting this phase (which occurs due to zealous anticipation to get started losing weigh quickly) is a set up for weight gain after the protocol.

Phase 2 begins the use of daily hCG along with the calorie-restricted diet. This phase lasts 23 to 40 days, depending on if you need to lose less—or more than—16 pounds. Therefore, concurrent with daily shots of hCG, you consume a strict 500 Cal/day diet (more on the prototype diet below) and self-inject HCG daily.

Because your body normally needs from 1,500 to 2,500 calories per day from food, by only consuming 500 calories per day of food you can still feel good. Why? It’s because the hCG does for you in similar fashion what it does for every woman in her first trimester of pregnancy: It converts her body fat into usable fat calories that circulate in her blood stream to feed her developing fetus. The effect in you is similar. It converts your own fixed fat deposits into useable caloric energy needs to make up for the missing food calories that would normally sustain you. And your storage fat just shrinks away at nearly a pound a day for the first two weeks, then slowly tapering off as the hormone loses its effectiveness.

The original protocol established by Dr. Simeons  called for daily intramuscular injections of hCG.  Yet there are increasingly positive testimonials with the use of subcutaneous hCG injections and also with sublingual oral drops (using real hCG), but I recommend my patients use an almost painless 27-gauge needle to administer it intramuscularly.

The 500 cal/day diet consists of a prototype lunch and dinner meal, each containing a modest portion (3.5 oz) of lean meat, a vegetable serving such as a salad, and a low-glycemic fruit serving. Breakfast consists of herbal teas. Therefore, you essentially eliminate fatty foods and carbohydrates during this second phase of the protocol. The way you know the hCG hormone is working is because you’ll see that you quickly lose visible body fat all the while maintaining muscle strength and energy, sustaining this effect for three to five weeks!.

Clearly, this is very different than calorie restriction without hCG.  So for me, the effectiveness of hCG along with calorie restriction is not controversial, but the FDA and many naysayers will tell you the effect is merely placebo. The bottom line for me is this: Even if it is a placebo effect, it is still worth using because it works.

Phase 3 is called stabilization. It lasts just three weeks immediately following the cessation of shots and the 500 cal/day diet. By excluding sugars and starches (which turn into fat) you stabilize your hypothalamic “set point” to your new body weight and food metabolism pattern.

During this phase you are to eat your normal caloric amounts, but consisting of fatty foods, high protein foods, and plenty of nutrient-rich healthy foods; just no sugars or starches (i.e. breads, white rice, potatoes, corn, and processed sugary foods). During this phase it is important to follow your weight closely and if your body weight increases more than 2 pounds, then you feast on apples until it returns to your previously attained low weight.

If you choose this method and find a practitioner near you (or online) to oversee it, remember that it is easy to lose weight with this method, but keeping it off depends on your willingness to maintain healthy food consumption patterns afterwards—the very foods of the hCG diet protocol.

In my next article in this series I’ll share with you common causes for abnormal weight gain that often get overlooked. For long-term success, you’ll identify these and eliminate them while you pursue other inventions.

To safe and effective weight loss,