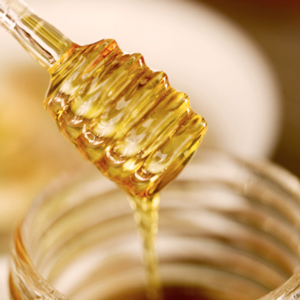 A quick way to regenerate your health is to refuse refined sugar. By consuming healthier sugars, you can derive nutritional value from the sweet stuff rather than indulging in the empty-calorie sweets we all grew up with.

You should always choose healthier sugars — healthier than the refined, high glycemic index, nutrient-devoid sugars like sucrose (table sugar, a two-sugar molecule of glucose and fructose) and high fructose corn syrup (HFCS). In general principle, the sugars that are closest to their original form are better for you.

Fruit is a great choice for a dessert or snack. Dried fruits (raisins, dates, etc.) are sweeter but still have plenty of nutrients. Sugars extracted from plants with very little processing (blackstrap molasses) are even sweeter and still have antioxidants, as does raw honey. Then there are plant-based sugars that are more processed and with fewer nutrients (certain blue agave nectars) but still relatively healthy. Stevia leaf extract, the non-glycemic sweetener, also has health benefits.

The sweet herb stevia is a godsend to most of us who love sweet-tasting foods. When you taste it and then read the health benefits of this non-sugar natural sweetener, you will be amazed. Unfortunately, this sweetener has been the subject of trade complaints and embargoes on importation. At times, the Food and Drug Administration has handled stevia as if it were an illegal drug. The result of the government intervention is that since the Dietary Supplement Health and Education Act (DSHEA) was passed in 1994, stevia can be sold legally in the U.S. only as a dietary supplement rather than a food.

Stevia is native to South America, and some varieties have up to 300 times the sweetness of sugar. The most impressive characteristics of stevia are its beneficial effects on obesity,1 its support of the immune system,2 its links to lower blood pressure,3 and its help in controlling blood sugar in diabetes.4 In fact, there aren’t even any side effects to stevia. There is just the great sweetening taste — without any calories.

You can add stevia to limeade, plain yogurt, fruit smoothies, herbal teas, cooked oatmeal (or any hot cereal), any beverage and just about anything you want to sweeten.

Depending on the method of extraction, blue agave nectar can be considered a highly valuable sweetener to have in your house. The agave plant looks somewhat like aloe vera. When the leaves are removed, it looks like a giant pineapple and can weigh well over 50 pounds.

One type of agave nectar is manufactured from extracted sap that is filtered through a centrifuge and heated, but not to boiling, staying below 118°F. This breaks down the complex carbohydrates into smaller sugars. The two main sugars are fructose (fruit sugar) and inulin or fructosan. Inulin is an oligosaccharide (several simple sugars linked together) that is produced by many types of plants. It is typically found in roots or rhizomes. Inulin is reported to increase calcium and (possibly) magnesium absorption, and it is considered a soluble fiber. It has a low glycemic index, making a low impact on the blood sugar of diabetics in particular. The volcanic agave nectar (Global Goods Inc.’s Blue Agave Nectar) reports a glycemic index less than one-third that of honey.

Clinical trials on blue agave nectar show it does not elevate blood glucose or insulin levels in diabetics. Neither does it trigger fat storage in adipose cells.5

Molasses is made from young sugarcane. When sulfur dioxide is added during the sugar-extraction process, it acts as a preservative. However, the unsulfured molasses is made from mature sugarcane and is closest to its natural, whole-food source (sugarcane). The dark molasses (with or without sulfur) is also known as blackstrap. Both are nutritious, containing high levels of calcium, iron and potassium.

Real honey — before it gets heated and processed — has some surprising health benefits. Honey exerts antibacterial activity for wounds when applied topically and anti-allergy effects when consumed by mouth. This whole food contains the powerful enzyme glucose oxidase. When applied topically, it creates gluconic acid and hydrogen peroxide, both destroyers of bacteria and fungi. As such, it is used effectively for such things as antibacterial soap for acne treatment. It also heals burns, abrasions, canker sores and staphylococcal skin infections.

One allergist from Oklahoma, William G. Peterson, has used honey to treat the allergy symptoms of about 22,000 patients. He notes that, “It must be raw honey because raw honey contains all the pollen (and propolis), dust and molds that cause 90 percent of all allergies.” He indicated the honey used for this purpose must “not be strained, not even through a cloth.” He prescribed a daily teaspoon of raw honey to control allergy symptoms, and continued the treatment even after the allergy is under control. The proof of the anti-allergy and antibacterial effects of honey is found in peer-reviewed literature, but the efficacy of this wondrous sweetener has been validated by a medicinal use that dates back to ancient times.

Better than all those sugars listed above are whole fruits and vegetables. Dried fruits such as raisins and dates are great for sweetening food. Whole foods also come with micronutrients like fiber, enzymes, complete vitamins, organic minerals, antioxidants and phytochemicals. For the best health, avoid the refined sugars and the visceral adipose tissue (VAT) that builds up from it. Eat sweets from Mother Earth.

To your healthy sugar eating habits,

1 Geuns JM. Stevioside. Phytochemistry 2003 Nov;64(5):913-21. CONCLUSIONS: Stevia is safe when used as a sweetener. It is suited for both diabetics, and PKU patients, as well as for obese persons intending to lose weight by avoiding sugar supplements in the diet. No allergic reactions to it seem to exist.

4 Barriocanal LA, Palacios M, Benitez G, et al. Apparent lack of pharmacological effect of steviol glycosides used as sweeteners in humans. A pilot study of repeated exposures in some normotensive and hypotensive individuals and in Type 1 and Type 2 diabetics. Regul Toxicol Pharmacol. 2008 Jun;51(1):37-41. CONCLUSIONS: No side effects were observed in the two treatment groups. This study shows that oral steviol glycosides, taken as sweetener are well tolerated and have no pharmacological effect.