Home » Feeling worn down? Use this to help your liver detox your body 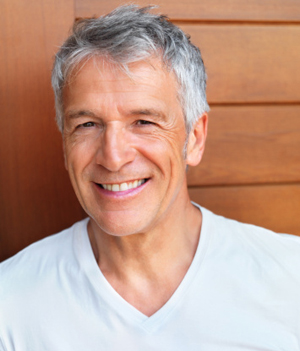 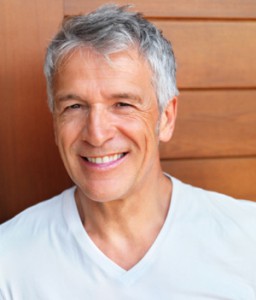 To a medical professional, the term “toxin” refers to an acute, life-threatening chemical like arsenic or strychnine. That’s why I used to mock people’s references to toxic molecules from food or from our environment. What modern medicine fails to recognize is that toxins can be anything that clearly wears down your health or contributes in a significant way to aging or illness. It is obvious that cigarette smoke, insecticides, herbicides, fungicides and many other xenobiotic chemicals from our environment are significant toxins.

In this article I’ll give you some important details about supplements to protect and cleanse your liver.

First however, here’s a quick review of the antioxidants that help your liver thrive.

In the liver you find the highest concentration of the three key endogenous antioxidant molecules. These are ones you were born with and which are being constantly formed to protect you from the effects of free radical damage, also known as oxidative stress. These three molecules are:

Glutathione: the most prevalent and thought to be the most effective antioxidant in the liver. It naturally recycles back to its reduced state so it can repeatedly act as an antioxidant. Low glutathione measurements directly correlate with disease states. As you get sicker and older, the measureable levels of glutathione in your blood drop.

Glutathione was first synthesized in 1935. By 1965, it was found that it does not improve liver health when taken by mouth as a supplement. You can benefit from glutathione given intravenously and also when you supplement with the amino acid components glutamine, cysteine and glycine, which are incorporated into glutathione. People who supplement with these glutathione precursors report significant improvement with energy, quality of sleep, mood and mental focus, as well as decreasing aches and pains.

Still, you must adopt healthy habits that encourage your body to make adequate levels of glutathione naturally. That is to say, people who are sick and have low glutathione levels and those who have accelerated aging have usually mistreated their bodies by eating heavy meats, refined sugars, fake fats and high-calorie, low-nutrient foods for many years.

Superoxide dismutase (SOD): an enzyme that breaks down superoxide free radicals to oxygen and hydrogen peroxide. The two types of SOD are copper/zinc (Cu/Zn) SOD and manganese (Mn) SOD. Superoxide dismutase is found in foods such as barley grass, Brussels sprouts, broccoli, cabbage, wheatgrass and almost all green vegetables. It is also available as a supplement. It is sold in topical forms to reduce facial wrinkles, scar tissue, wounds and burns. It is also used to reverse hyperpigmentation and protect against harmful UV rays.

Coenzyme Q10 (ubiquinone): a powerful antioxidant naturally synthesized in the liver and essential for the liver detoxification process. Coenzyme Q10 is found in each cell’s energy-producing organelles, called the mitochondria, and is required energy production in all cells. Tissues with higher ATP energy needs that, therefore, require more coenzyme Q10 include the heart muscle, eye retina, brain, liver and lungs. There is a natural, age-dependent decrease in coenzyme Q10 from its peak blood concentrations at about age 20. It drops by 65 percent by age 80. [1] Other factors leading to coQ10 deficiency include nutrient-poor food consumption, environmental stress and certain prescription medications (including statins).

Supplements To Assist Your Liver Detoxification

Soy lecithin (phosphatidylcholine): helps blast away the accumulated fat and cholesterol that can clog the liver (and lead to fatty liver). It repairs liver damage from alcohol, improves muscle function and boosts overall energy. A fatty liver produces no symptoms but can lead to liver damage that includes inflammation and scarring.

Artichoke leaf: one of the most powerful nutrients to help improve the secretion of bile, which eliminates toxic waste.

Burdock root: helps clear congestion in the urinary, lymphatic and circulatory system. These actions ease the load on your liver.

N-acetyl cysteine (NAC): helps reduce the effects of chemicals and toxins in the liver.

Alpha lipoic acid: one of the few free radical fighters that is both fat and water soluble. Why is that important? Toxins hide out in fat cells but they can’t hide from ALA. As a result, alpha lipoic acid is one of the most powerful nutrients to help restore the health of a liver damaged by drugs, alcohol or environmental toxins.

Dandelion root: has been shown in studies to double bile flow and help keep the liver enzymes in natural balance.

Remember also to consume the liver-supporting foods: onions, garlic, artichoke, beets, burdock and leafy green vegetables. Be careful with grapefruit. It is known to shut down the P450 liver enzymes needed for detoxification.

To your ongoing great health and feeling good,