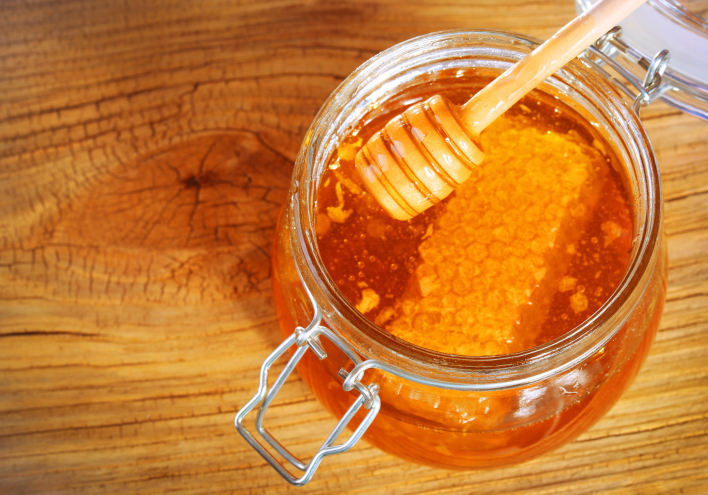 Honey has been used therapeutically for thousands of years, but its medicinal popularity declined when antibiotics became a go-to treatment in Western countries. However, because of the rise in drug-resistant bacteria such as MRSA (methicillin-resistant Staphylococcus aureus), scientists are urgently seeking new ways to combat our growing superbug epidemic. And a certain type of honey is looking like a very sweet solution indeed.

Raw, natural honey contains numerous valuable antioxidants, enzymes and antibacterial properties, making it effective both internally and externally. Raw honey has historically been used on the skin, because it contains an antiseptic substance called inhibine that may prevent infection. Manuka honey is a specific type of honey cultivated from the manuka tree (or tea tree), native to New Zealand. Tea trees have long been revered for the powerful therapeutic benefits offered by their oil, which has antimicrobial properties and is frequently used to treat a number of skin conditions.

Microbiologist Rose Cooper of the University of Wales Institute studied the effects of manuka honey on drug-resistant germs. The laboratory results showed that the honey fought off certain germs, including drug-resistant Staph, commonly referred to as MRSA.

MRSA is a highly resistant form of staph infection originating from a common bacteria found on the skin of most people and common surfaces. For those with weakened immune systems however, S. aureus can cause serious infections such as skin or wound infections, pneumonia and infections of the blood. The wide use of antibiotics has helped perpetuate MRSA, which is now hard to kill.

Previous studies have shown that manuka honey decreases the surface pH of wounds (so germs can’t survive) and can help keep out bacteria. While all honey contains antibacterial properties, commercial honey is usually pasteurized and processed, decreasing its beneficial properties. Manuka honey is special because it produces a different substance called methylglyoxal, which has unique antibacterial activity.

“The work in our lab has shown that honey can make MRSA more sensitive to antibiotics such as oxacillin — effectively reversing antibiotic resistance. This indicates that existing antibiotics may be more effective against drug-resistant infections if used in combination with Manuka honey,” says Cooper, who hopes to use her research in clinical trials and test other kinds of honey.

Another, more recent study shows that when manuka honey is used with the antibiotic Rifampicin, the combination offers synergistic benefits against MRSA. Results demonstrated that the combination effectively prevents the growth of rifampicin-resistant Staphylococcus aureus, a specific strain of MRSA bacteria. Interestingly, the researchers found that what is believed to be the main antibacterial component of manuka honey, Methylglyoxal (MGO), does not act synergistically with the Rifampicin, suggesting that other components in the honey contributed to these effects.

A number of other studies have demonstrated the benefits of honey, in general, for gastrointestinal issues, skin and wound healing and infections. Alarmingly, however, recent years have seen a dramatic decline in honeybee populations, a problem called “colony collapse disorder.” This widespread phenomenon threatens the survival of these crucial pollinators. It also endangers the future of our food supply. Environmental experts believe that the increasing use of harmful pesticides such as neonicotinoid pesticides may be responsible for death of bees. For our health, honeybee health and the health of the environment, it’s crucial to avoid these pesticides.

As scientists work overtime to find new drug solutions to the rising superbug epidemic, a few natural plant compounds have shown some promise. Elsholtzia rugulosa, an herb used in Asia to make tea, and the herb fo-ti (Polygonum multiflorum) have demonstrated effectiveness against MRSA. Oregano, rosemary, grapefruit seed extract and goldenseal are also commonly known for their antibacterial effects.

Honokiol, a powerful and versatile compound extracted from the bark of the Magnolia officinalis tree, has demonstrated antimicrobial effects against a number of harmful organisms, including MRSA. In addition, honokiol has been shown in other studies to reduce cancer drug resistance through its effects on certain genes, suggesting it possesses the potential to overcome drug resistance and increase the effectiveness of specific conventional drug treatments. Pure honokiol is also a powerful anti-inflammatory, anti-cancer, neuroprotective and anti-anxiety agent, with a number of documented benefits in preclinical studies for a broad range of health conditions.

It’s exciting to see research from around the world validating the use of integrative medicine — combining natural health solutions, such as honey, with conventional drug treatments when needed. With natural therapies like manuka honey and herbs such as pure honokiol, we can develop a powerful arsenal of targeted integrative solutions to some of biggest health challenges today.