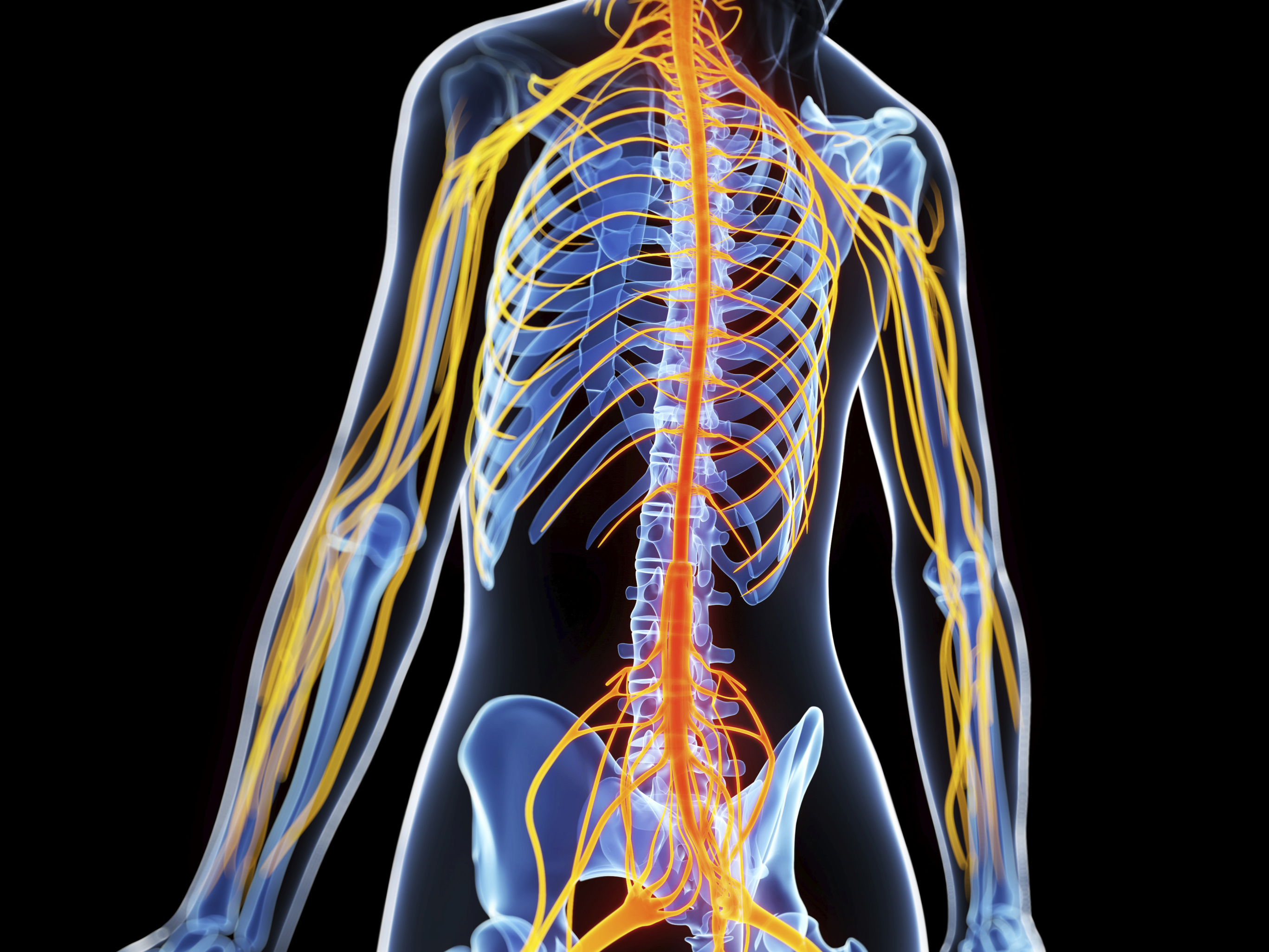 Multiple Sclerosis (MS) is an autoimmune disease of the central nervous system that affects the communication pathway from your brain to your body. What happens is that when then immune system is triggered by external influences (like toxins and stress and virus), it attacks the myelin sheath covering the nerves. Among the common symptoms are fatigue, numbness and tingling, weakness, walking difficulty, muscle spasms, pain, vision issues and many others. And while many MS patients take drugs and give themselves shots to try and manage their symptoms, there seems to be a respectable amount of promise for a better quality of life with whole body vibration therapy.

The vibrating energy of everything

Everything in the universe, including living beings, are energy vortices vibrating at specific frequencies. Science tells us conclusively that there are no solid objects; they only appear to us in that way. Things like metal, trees, the dining room table, and even rocks are actually objects made up of atoms that themselves are vibrating with more space in them than solid particles.

And the ancients knew this. Some methods of traditional healing believed that the body is a collection of defined energy centers, called chakras, and energy channels, called meridians. By adjusting the energy at these energy centers, channels and channel points one could restore optimal health. Modern science has taken this up in a more technical way, with the use of TENS units, ultra sound machines, pulsed electromagnetic frequency (PEMF) devices, micro-specific frequency and Baud units. All of these replace the human hand or acupuncture needles in the healing process with mechanical devices that essential aim to do the same thing: correct the energy frequencies within the body.

One product that I have not yet written about, but which nevertheless is gaining some traction in the wellness community and science journals, is called whole body vibration therapy. It utilizes a whole-body platform technology to deliver the shake of energy to the body.

The whole body vibration (WBV) referenced from this point on is not the intrinsic or subtle energy of the traditional healing modalities. Rather, it is a term used to reference the repetitive movement of the body (oscillation) made by way of a mechanical device. The devices look either like a home weigh scale or like a stationary treadmill on which you simply stand while the base vibrates at a specific rate. Both static poses can be held and physical movements can be done while the machine base is vibrating.

During a session, one’s entire body from toe to head is made to vibrate. This is different than the hand-held shoulder massagers or foot massagers that focus only on a small area. With WBV, the whole body undergoes a therapeutic shaking out while standing, sitting and lying down, and now they even have a device that works with wheelchairs. There are both high-intensity devices used in physical therapy and as fitness equipment, and low-intensity devises for home therapeutic use.

According to studies conducted by the MS Trust group, the vibration signal is “received by muscle spindles, is then relayed to the central nervous system, triggering the stretch reflex. As a result, more motor units are activated and synchronized, producing a larger muscle contraction without additional loading to the passive structures such as bones, ligaments and joints.”

A 2010 study by the Multiple Sclerosis Trust looked into the effects of whole body vibration in MS patients. They reported as “statistically significant” improved results as related to muscle spasms and pain scores. It should be pointed out that muscle spasms and muscle pain are primary chronic issues among those suffering with MS. So the findings are important and offer hope. They also found a “trend toward improvement” in muscle strength among the seven muscle groups tested (i.e., hip flexors and extensors, hip abductors and adductors, quadriceps, hamstrings and ankle dorsi-flexors).

In 2012 the Asian Journal of Sports Medicine published a study evaluating the effects of an eight-week progressive resistance training and vibration program on strength and ambulatory function in multiple sclerosis (MS) patients. The study consisted of female MS patients divided into two groups. One used the WBV device while it was “on” and the other group stood on the device and were told it was “on” but that the frequency was so low they could not feel it. Therapy was for three days a week for eight weeks.

The results found that the control group did not see significant results, while the WBV exercise group showed “significant increase in MVC of knee extensors (32.3 percent), abduction of the scapula (24.7 percent) and downward rotation scapular (39.1 percent) muscle groups…”

This is promising because many MS patients cannot exercise or be involved with resistance training, such as with weights, because of their issues with pain, spasms, weakness and fatigue. However the WBV training devices allowed for an increase in training intensity without sudden excess load placed on the muscles and joints and fast increases in body temperature and overall fatigue.

This led researchers to conclude: “WBV is very suitable for persons who want to stimulate and strengthen their muscles without overloading joints like professional athletes or those who are difficult to train due to aging, disease, disorders, obesity, or injury. Therefore this method could be suitable for MS patients.”

A study into the effects of whole body vibration in MS