Home » Keep these bacteria from killing you 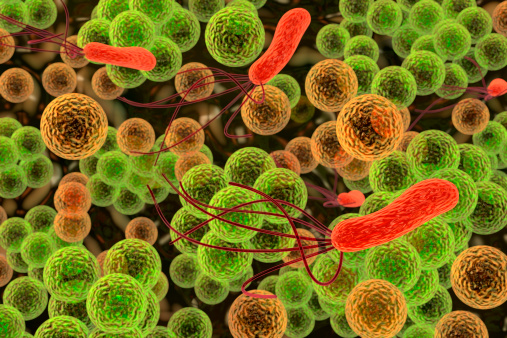 The bacteria that can kill you before you know what happened are already living in your bloodstream. And they’re implicated in the deaths of more than 1,000 people a day. But you can take a few minutes today, right after you read this, to lessen their lethality.

According to scientists at Binghamton University, Binghamton, New York, bacteria living in the bloodstream can cause fatal heart attacks. They are believed to be the reason that stress and emotional turmoil can end your life — these microorganisms can be torn off of arterial walls and set off the type of cardiovascular events that kill 380,00 Americans a year.

When the Binghamton researchers examined hardened arteries from people with heart disease, they found that all of them contained multiple species of bacteria inhabiting the artery walls.

Normally, these biofilms stay on the vessel wall. But if you are under intense stress or experience a sudden burst of anger, enzymes may be released into your blood that allows the breakup of these biofilms and a rupture of the plaque lining the artery.

That can trigger a fatal heart attack.

“At least one species of bacteria — Pseudomonas aeruginosa — commonly associated with carotid arteries in our studies, was able to undergo a biofilm dispersion response when exposed to norepinephrine, a hormone responsible for the fight-or-flight response in humans,” says researcher David Davies.

To keep these bacteria under control, you need, at the minimum, to control your stress levels. Meditate frequently to keep your emotions well-regulated. Engage in an exercise program to blow off emotional steam. Get at least eight hours of sleep a night.

And don’t sweat the small stuff, or it may turn into the big stuff.