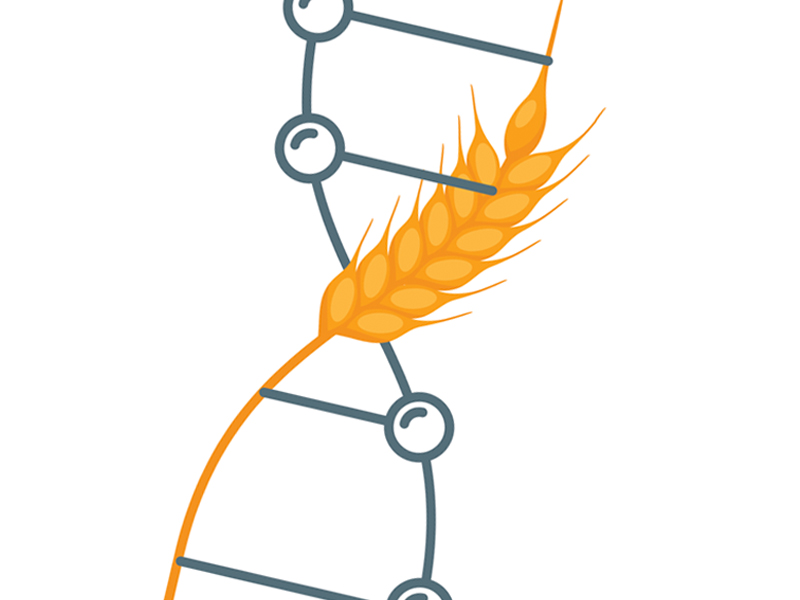 I haven’t written about this in a while.

I found some of my readers weren’t really sure it was an issue that related to them. Though a lot of you have identified with my stories about overcoming health issues — which were greatly relieved when I switched to a paleo-styled diet — some of you are still doubtful gluten could be at the core of your annoying, chronic symptoms the doctors seem unable to help you with.

Hoards of Americans, and people across the world, are sickened when they consume wheat products — which contain gluten. It’s estimated that as many as 18 million people suffer, like I did, from constipation, diarrhea, stomach pains, bloating — even worse.

Many even suffer symptoms you’d never associate with a food intolerance, like neurological and auto-immune diseases, even loss of memory.

The doctors and scientists will tell you that only about 1 percent of people are affected by gluten — that’s the percentage of people who develop celiac disease, even though 40 percent of us carry a strong risk for it in our genes.

Now researchers are onto something they’re referring to as “junk DNA,” and think it may hold the key as to why some of us go on to develop the intolerance that triggers an inflammatory reaction in the small intestines, eventually hampering how well you absorb nutrients and adversely affecting your entire body.

Junk DNA is believed to have some control in regulating processes — such as immune response — and may provide insight to the causes of auto-immune diseases like celiac disease. Hashimoto’s thyroiditis and psoriasis are auto-immune conditions that some speculate to be associated with gluten. So maybe you’re beginning to see the connection?

Junk DNA sounds like some new cool, sciencey term and the researchers like that. It probably impacts the funding they get and helps keeps the experiments going — and I hope they find what they are looking for and provide relief for millions.

Wheat is junk food. Think about…

Every loaf of bread, bagel or cookie in the supermarket should come with a warning label: “This isn’t made with your grandparents’ food.” These loaves of bread, thick cookies, bagels and other wheat foods we consume have been baked with a grain that’s over-processed and rich in gluten, the sticky protein that gives them extra elasticity.

Wheat and other grains increase your blood sugar levels at a quick pace. They are classified as “high glycemic foods.” Digesting those kinds of foods causes significant blood sugar swings that can lead to diabetes.

They hold very little — if any — nutritional value for you. They may keep you from feeling hungry, but they don’t satisfy your body’s real dietary needs. Consisting of little more than wheat flour and sugar, you can find them at the fast food joints, and along with all the ultra-processed foods at the market.

They tend to be high in calories and unhealthy fats — especially the baked goods. They cause weight gain. Giving them up by switching to a gluten-free diet has been shown to help people lose weight.

All they do is make you sick, sick, sick — in more ways than one. So why are you eating any of these foods at all?

Did you grow up in a household where bread was a regular part of every meal? I did.

My grandmother and mother both thought a meal was not complete without bread. Biscuits with breakfast and rolls with lunch and dinner. They just wanted us kids to be full and, they believed, healthy. They didn’t know this stuff was junk food.

I was conditioned to eat those comforting, filling warm rolls — and giving them up was one of the most difficult things I’ve ever done. But when I did, the pounds came off and a decade of high blood pressure tanked.

Then I switched from sandwiches to super-salads (containing everything but the kitchen sink). I found I could get full — and satisfy my taste buds — with foods that had true nutritional value.

But that’s not all… wheat and other grains can contain substances that increase your appetite and make you want to overeat. According to Dr. William Davis, an avid anti-wheat crusader, they can convey “gliadin derived peptides,” chemicals that affect the brain in an addictive manner.

It can be hard to make the break, but not impossible. With each step… with each piece of gluten-filled food I dropped from my table, my body was relieved of years of misery. Can you imagine skipping social invites because of bloating and gas? I can — and I did. Ditching gluten-containing foods — wheat — literally saved my health and my life.

If you are still suffering from unexplainable symptoms, I challenge you to give it a try. Commit to a few days at a time. I guarantee you will notice a change for the better.