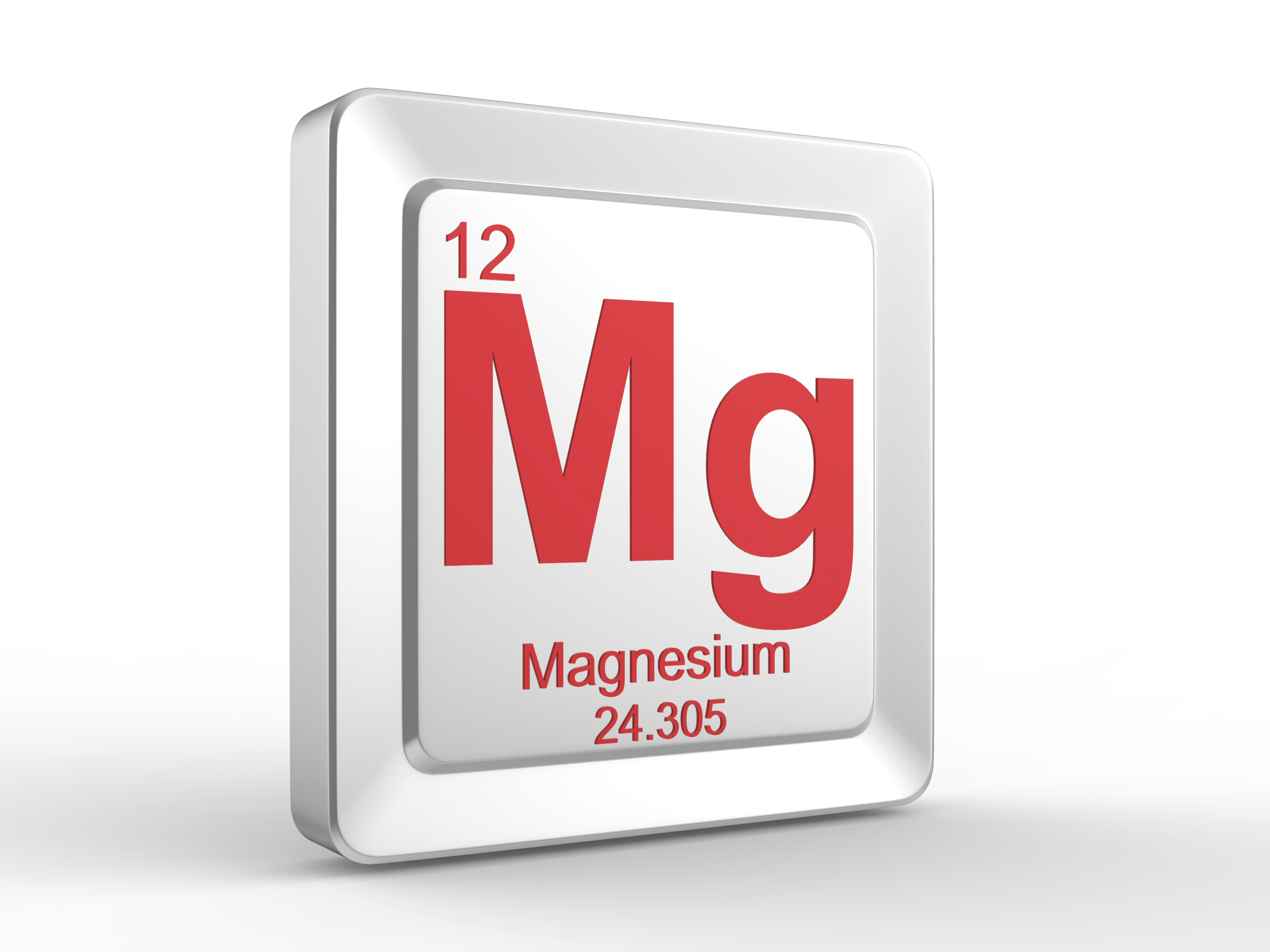 This past month I realized my lack of awareness about the value of magnesium, calcium, and vitamin D.  So I thought I’d share what I’m learning that I think we all deserve to know. These three micronutrients actually have much in common, but I’ll address each one separately, beginning with magnesium. 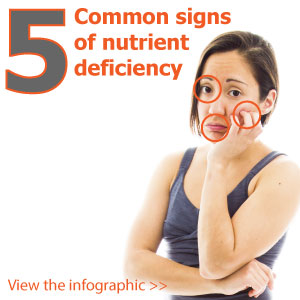 What about deficiency? Low magnesium levels are linked to a number of common illnesses including heart disease. [1]  So when I you consider that a mere 1 in 4 adults in the U.S. consume even the recommended daily allowance (RDA) of approximately 400 mg daily, [2] it makes sense to consider taking supplements.

The challenge comes in discovering whether a magnesium deficiency exists. Why doesn’t a routine blood (serum) test conducted by your doctor reflect tissue magnesium levels or function? One reason is because your blood is the homeostatic fluid of your body and will adjust to keep your blood levels optimal—even when your tissue magnesium may be insufficient.

Consider that 99.7 percent of total body magnesium is found in bones, muscles and tissues, while you’ll only measure 0.3 percent in serum. Therefore, serum magnesium levels have little correlation with your magnesium level in specific body tissues. [3] Even the other methods of detecting low magnesium (from red blood cells, saliva, urine, and magnesium tolerance tests) are similarly not satisfactory. Moreover, magnesium serum levels reference range for normal is too low and already represents a mild magnesium deficiency.

Thus, because the diagnosis of low magnesium by lab tests is vastly underestimated, [4] magnesium deficiency is now considered the silent epidemic of our times. Since we cannot look to lab tests to discover low magnesium, I recommend you know the illnesses associated with it and its symptoms and signs. Of course, it’s better just take a daily supplement if you are at risk for low levels.

Recently I’ve had several middle-age patients with the complaint of leg cramps—one symptom of low magnesium, calcium or potassium in the muscles. Don’t be fooled into thinking you have to have obvious signs of low magnesium, such as fatigue, nausea, muscle weakness, numbness, tingling, muscle spasms or depression. There are many very common illnesses related to low magnesium that easily get overlooked and which you probably have never been told about which I’ll now share.

Low magnesium levels are linked to an increased risk for osteoporosis, anxiety, irritability, depression, attention deficit hyperactivity disorder (ADHD), and many other illnesses. Low magnesium is proven to be associated with migraine headaches: a small case control study [5] in 2007 of 140 migraine patients were analyzed for magnesium levels and researchers reported that serum magnesium was significantly lower in migraine patients compared to the normal population—and that the lower the magnesium level, the more frequent the migraine attacks.  Also, it is known that magnesium deficiency is well-established in patients with diabetes mellitus [6] and cardiovascular disease. [7]

Magnesium is standard medical treatment for certain conditions. For example, it is used to treat preeclampsia to prevent seizures in pregnancy (called eclampsia). It has been used with some success in heart attacks and heart arrhythmias. Magnesium has a muscle-relaxing effect so it can sometimes work to treat restless leg syndrome and insomnia. Magnesium has also been reported to reduce symptoms in multiple sclerosis, fibromyalgia, and chronic fatigue syndrome (CFS). For skin, magnesium chloride is used for disinfection, plus it has been shown to treat skin infections and speed up wound healing as is demonstrated from Dead Sea salt (its most abundant minerals are magnesium and chloride). [8] Magnesium may help those suffering with chronic fatigue or pain from fibromyalgia according to the National Institutes of Health.  There is some evidence that it reduces symptoms of premenstrual syndrome, kidney stones, hearing loss, asthma and chronic obstructive pulmonary disease (COPD).

In a recent study [9] it was found that patients with type 2 diabetes, magnesium supplementation with 300mg daily for three months significantly lowered fasting blood sugars (184 mg/dl to 125 mg/dl) and two-hour postprandial blood sugars (from 239 mg/dl to 189 mg/dl but no change in those taking placebo). Magnesium supplementation also improved lipid panels and blood pressure in this study. Another study show found similar findings, [10] and yet another found that low magnesium levels correlates with worsened diabetic retinopathy and blindness. [11]Another fairly recent study took this even further and found that for those of us who do not have diabetes, there is a protective (preventive) effect from magnesium supplementation.

In this study [12] researchers found that it improved the metabolic profile, insulin sensitivity, and blood pressure of normal weight people with high insulin levels. This is very important because approximately one in three (or more) American adults already have insulin resistance and/or metabolic syndrome, but most don’t know it yet. Another study [13] showed the same thing in non-diabetic subjects, and emphasized the need to “optimize magnesium status” to prevent insulin resistance and subsequent type 2 diabetes.

What about the effect of magnesium supplementation on lowering risk of heart attack? Two new studies have shown that a higher magnesium intake significantly helps reduce heart disease. For example, a recent study [14] of 414 consecutive heart disease patients <50 years had their serum magnesium levels measured and were then followed for two years. Researchers found an eight-fold higher heart attack rate among those with low magnesium levels (bottom one-fourth) compared to those in the highest levels (top one-fourth).  Equally compelling data [15] from the ongoing Framingham Heart Study recently discovered that the lower the magnesium intake the higher the atherosclerosis seen on imaging in people with no prior heart trouble. Even a 50 mg/day increment increase of magnesium had a 22 percent lower arterial calcification, and a 58 percent lower arterial calcification in the lowest magnesium intake group compared to the highest magnesium intake group. This association was stronger in women than men.  As for stroke (another form of atherosclerosis), a meta-analysis of seven studies, totaling more than 241,000 people found that an extra 100 milligrams of magnesium a day reduced their risk of stroke by 8 percent as reported in the Feb 2012 American Journal of Clinical Nutrition. [16]

What lowers your magnesium?

Be aware of the ways your body magnesium levels can be reduced:

Did you know that magnesium oxide is the second most abundant compound in the Earth’s crust (35 percent)? Yes, and it’s also the most prevalent form of magnesium supplement I see being used.

Much better are magnesium compounds that dissolve well in liquid, are more completely absorbed in the gut and are bioavailable. According to studies [20] [21] these are not magnesium oxide or magnesium sulfate, but rather magnesium aspartate, magnesium citrate, magnesium lactate and magnesium chloride.

Also, magnesium is absorbed easily through your skin and you can supplement with magnesium oil or Epsom salt baths.  Even if you feel you eat enough magnesium from nuts, fish, meat, dark green vegetables, legumes, whole grains and fruits, you can still supplement and be the better for it.

This was all compelling information for me! I invite you to read my next article about calcium supplementation.

To feeling good for health,