Home » Why men should avoid eating ‘most’ kinds of soy 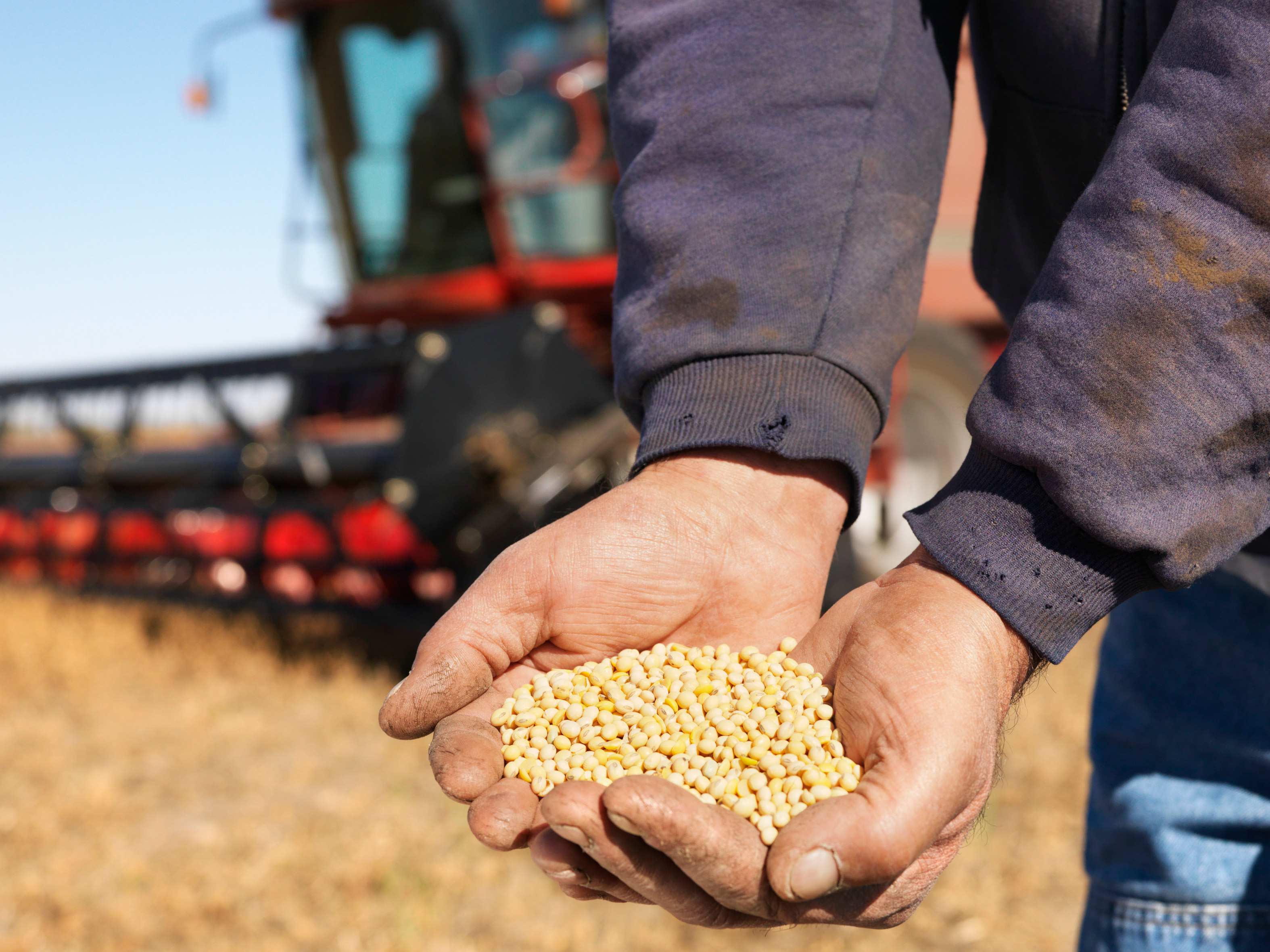 As a advocate of better men’s health in particular and overall health in general, I want to explain why I don’t like soy. Over the years I have examined the findings of research studies, opinions of experts, and points of view from both sides of the aisle, and for me it comes down to this:

Negative side of soy

The main reason soy and soy-processed foods are marketed so heavily has nothing to do with health. It’s all about profit; namely, for the soybean growing and food processing business. Soybeans are second only to corn as a major agricultural crop grown in the United States. In 2011, more than 73 million acres were planted with soybeans, yielding nearly $40 billion in sales, according to the Environmental Protection Agency.

Not only are soybeans big business for farmers and food manufacturers; they also are a huge boon for companies like Monsanto, which makes the toxic pesticide called Roundup that is sprayed on soybean crops. More than 90 percent of the soybeans grown in the United States are genetically modified, and they have been altered to increase yields and profits.

No one knows for certain what consuming genetically modified foods is doing to the human body. However, many scientists are exploring this question and uncovering disturbing clues. Both the Institute for Responsible Technology and the American Academy of Environmental Medicine have pointed out the health dangers observed thus far regarding GMOs, including:

Unfortunately the Food and Drug Administration (FDA) has given its blessing to the mass production and distribution of GMO foods, including soy, so the general public is now a guinea pig for this massive experiment in what could be called government sanctioned food poisoning.

In addition to exposure to toxins from GMO soybeans, eating soy and soy foods also exposes you to a variety of other health-damaging factors that you need to avoid.

Isoflavones, hormones and cancer. Soy isoflavones (e.g., daidzein, genistein) are plant-derived compounds that can disrupt your hormone levels and function. Specifically they have very mild estrogen-like (phytoestrogen) activity that has been shown to support hormone-driven cancers such as prostate and breast cancers.

For example, the authors of a 2010 study published in Clinical and Experimental Metastasis looked at the effect of soy isoflavones in mice. The findings are somewhat contradictory—there are both pros and cons associated with the isoflavones—but one thing remains true: the soy isoflavones had a disruptive hormonal effect. The study authors found that:

Aluminum. Part of soybean processing involves washing the beans in aluminum tanks, which can result in toxic levels of the metal infiltrating the final soy food product. Exposure to too much aluminum has been associated with autism, anemia and Alzheimer’s disease.

Phytic acid. This substance is a type of phytate that interferes with the body’s ability to absorb essential minerals, including calcium, copper, iron, magnesium and zinc. The good news is that fermentation of soy (see below) significantly reduces the amount of phytic acid in soy.

Goitrogens. These factors can interfere with how your body metabolizes iodine, disrupt your ability to synthesize thyroid hormones, and potentially result in hypothyroidism and thyroid cancer.

Trypsin inhibitors. Trypsin and other enzymes are necessary for the body to digest protein. Ironically, soybeans—which are a source of protein–contain trypsin inhibitors that block this action. Fermentation deactivates this process.

Vitamin D. Most people are low or deficient in vitamin D, and eating soy foods can actually make it worse. That’s because soy foods increase your body’s requirement for this vitamin.

Hemagglutinin. This clot-promoting substance causes red blood cells to lump together, which makes it difficult for them to adequately absorb and deliver oxygen to your body’s tissues. Fermentation prevents soy from causing this problem.

Toxin formation. High temperatures are used to process soybeans when making textured vegetable protein and soy protein isolate. One result is the formation of toxic lysinoalanine and cancer-causing nitrosamines. This does not occur in fermented soy products.

Other thyroid problems. Soy isoflavones also can have a negative impact on the thyroid. Genistein and a metabolite of daidzen called equol are believed to promote enlargement of the thyroid (goiter). Soy isoflavones also interfere with thyroid peroxidase, an enzyme involved in the production of thyroid hormones. According to Kaayla Daniels, Ph.D., author of “The Whole Soy Story,” these thyroid issues are most likely to occur when people consume more than 30 mg daily of isoflavones.

Perhaps the scariest thing about soy is that marketing firms, soybean organizations, and food manufacturers have done a great job at convincing the public that soy is healthful. In fact, the latest consumer survey (2014) conducted by the United Soybean Board reported that 77 percent of respondents say soybean oil is very or somewhat healthy, 74 percent said they eat soy and soy products, and only 2 percent said that GMO was a “barrier” to consuming soy. In a previous survey, 84 percent also said they agree with the FDA that eating 25 grams of soy protein every day can reduce your risk of heart disease.

What about “soy protein isolate”?

Soy protein isolate is made from defatted soybean flakes that have been washed in water or alcohol in aluminum vats to eliminate dietary fiber and sugars. The end result is a dry powder that provides high levels of protein–90 to 95 percent protein, in fact—and is cholesterol-free, carb-free and nearly fat-free. If you believe the marketing and soybean PR spin, soy protein isolate is one of the healthiest ingredients you can put into your body. To drive the point home, food manufacturers push protein bars, protein drinks, and other so-called “healthful” foods that contain soy protein isolate.

Even if you stay away from these “healthful” soy-laced foods, soy protein isolate also can be found in other foods, ranging from breads to cereals, salad dressings, frozen foods, and more. To make your life even easier, supplement makers offer soy protein isolate as a convenient dry powder that you can mix with a liquid of your choice or add to other food items.

But behind the hype and the glowing advertisements is a terrible truth: soy protein isolate is not healthy. In fact, it is the worst form of soy you can eat: GMO, nonfermented, highly concentrated, and often served up with other nasty ingredients, such as artificial colors, artificial sweeteners, and preservatives. If you are looking for a healthy protein bar, there are non-soy, non-GMO, organic products available whose protein sources are nuts and seeds.

What about “fermented” soy?

Generally, soy and soy products should be avoided because they are hormone disruptors, sources of natural poisons and that result from processing, and harbor of toxins associated with genetic modification and herbicide spraying. However, non-GMO fermented soy is the one form of soy that has demonstrated some positive features. Why?

The fermentation process involves the use of beneficial bacteria and other microbes which produce enzymes that break down the sugars in soy. In addition, fermentation breaks down the high levels of phytic acid and other anti-nutrients found in unfermented soy, which in turn improves absorption of the nutrients. Soy fermentation transforms various minerals (e.g., calcium, potassium, iron, magnesium, selenium, copper, zinc) into more readily-available forms for the body. The beneficial bacteria (probiotics) produced during fermentation also may support and improve intestinal health.

Fermented soy foods are not only a good source of protein, they also provide vitamin K, a nutrient essential in the prevention of cardiovascular disease, certain cancers and osteoporosis, and in supporting brain function. Good choices of fermented soy foods include the following:

I firmly maintain that except for non-GMO fermented soy, other soy foods should be banished from your diet. That said however, there is some research indicating that soy isoflavones may have a role in fighting prostate cancer. For example, a recent report in the Journal of Steroid Biochemistry and Molecular Biology points out that

A meta-analysis from the U.S. Department of Agriculture (American Journal of Clinical Nutrition) reported that eating soy foods is associated with a 26 percent reduction in prostate cancer risk when the highest intake of soy foods was compared with the lowest intake. The authors found that the reduction in risk went up to 30 percent when they compared fermented versus nonfermented soy foods. Surprisingly, nonfermented soy foods were associated with a higher risk reduction.

Although all three of the soy products had a positive effect on immune activity (i.e., they looked at levels of certain cytokines and nitric oxide production), the fermented soy product was the most effective against tumors. The animals given the fermented soy with isoflavones had larger tumor sizes than did the other two groups.

In one of the few studies that have looked at fermented soy foods in humans, the results were encouraging. Sixty postmenopausal women were enrolled in a six-month experiment to see the effects of fermented soybean on body mass index, reproductive hormones, glucose levels, and lipid levels. Thirty-one women followed their normal diet and were supplemented with 60 mg of isoflavones daily while 29 followed their normal diet.

In the United States, the vast majority of soy consumed is genetically modified, nonfermented, transformed into soy protein isolate, and packed into processed foods such as so-called healthful protein bars. Soy in any of these forms is dangerous and should be avoided.

On the other hand, limited amounts of non-GMO, organic, fermented soy can be a healthful addition to your diet. Non-GMO fermented soy is the form typically consumed in small amounts (6-11 grams daily; isoflavone intake 25-50 mg) by people in Asian societies, which is believed to be the reason why studies of soy used in these populations yield positive results.

The choice is up to you.