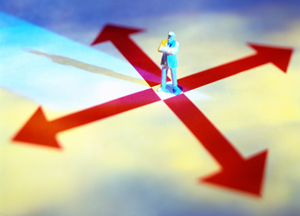 To date there is no cure for cancer. That’s why over the years, despite conventional medicine’s best efforts, alternative treatments have existed. In the U.S. it is not as easy to find practitioners of these therapies, although in many other countries, citizens have the freedom to try them.

It includes these medications:

The program, developed by Dr. William Kelley, D.D.S., in 1963, consists of proteolytic enzymes and a strict nutrition and detoxification regimen. Dr. Kelley eventually treated nearly 33,000 cancer patients and claimed he achieved nearly a 90 percent five-year survival rate in those with no prior history of chemotherapy or radiation. Of course, the medical establishment was against this program, so Dr. Kelley was thrown in jail by Food and Drug Administration officials and forced to move his treatment center to Mexico. Fortunately, Dr. Kelley taught a young oncologist, Dr. Nicholas Gonzalez, all about his work, and Dr. Gonzalez currently practices in New York City.

Dr. Gonzalez published some of his results using enzyme therapy in the peer-reviewed journal Nutrition in Cancer in 1999.1 And he used patients suffering inoperable biopsy-proven stage II to stage IV pancreatic adenocarcinoma — the most aggressive of all cancers — to prove the power of this natural therapy. From January 1993 to April 1996, these 11 patients were treated at home with large doses of orally ingested pancreatic enzymes, nutritional supplements, detoxification procedures and an organic diet. By Jan 1999, nine (81 percent) had survived one year, which is far better than the 25 percent expected using surgery, chemotherapy and radiation. Four (36 percent) survived three years when the study was reported.

The key to the protocol is to consume 130 to 160 protease and proteolytic enzymes apart from meal time, which are believed to digest the cancer. The diet is plant-based, but includes consuming one or two eggs and whole-milk yogurt daily. Fish eaten three times a week is also included, but no red meat or chicken is allowed. Coffee enemas are meant to improve liver and gallbladder function and help remove toxic waste from tumor breakdown.

Dr. Johanna Budwig’s diet adds organic flaxseed oil combined with low-fat cottage cheese for its effect on reversing damage from processed oils and fats in the diet and thereby raising the voltage in the cells which, in turn, draws oxygen into the cells and membranes.

This $104/month home protocol consists of these ways to naturally and safely fight cancer: