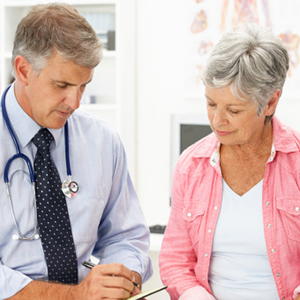 In my previous article I explained the important functions of estrogen in a woman’s body. I also mentioned some of the dietary contributors to hot flashes and other menopausal symptoms and listed the symptoms to look for when nearing the menopausal years. In this article I’ll explain the differences between synthetic and real estrogen and between synthetic progestins and real progesterone. I’ll share some of the scientific literature that makes this clear distinction, despite mainstream medicine’s continued ignorance concerning bioidentical hormones.

What is synthetic estrogen? You may have heard of brand names such as Premarin®, Estrace® and Estraderm. These contain hormone molecules such as sodium equilin sulfate, 17 alpha and 17 beta-dihydroequilin, and 17alpha-estradiol. These synthetic estrogens are molecules that have been manipulated in a laboratory and don’t carry the same health benefits as hormones manufactured naturally in your body. But doctors and the public weren’t told this until as recently as 2002. The concept that synthetics are not as good as natural hormones seems pretty obvious — unless, of course, you are a pharmaceutical company and there is big money to be made from confusing the issue.

That’s what happened. Beginning in the 1970s, these companies told us that synthetic hormones were proven to be safe and, therefore, we prescribed them — almost universally to woman nearing menopause — in order to reduce their menopausal symptoms and long-term cardiovascular disease risk. We did this even though half of those women who used synthetic hormones quit taking it after one year because of adverse symptoms they could not tolerate.

Fortunately, a large study completed in 2002 called the Women’s Health Initiative (WHI) [1] revealed the truth: Synthetic oral estrogen plus progestin therapy is actually not as safe as we thought.

The Women’s Health Initiative again reported this effect of progestin (not progesterone) in 2009 with a report in the New England Journal of Medicine [2] and in 2010 with a study reported in the Journal of the American Medical Association [3] looking at more than 16,000 postmenopausal women from 40 U.S. clinical centers over nearly six years. These studies involved women taking synthetic, chemically modified prescription hormones for extended periods and showed that they had an increased incidence of breast cancer, [4] a higher risk of heart attack and stroke, [5] and increased chances of pulmonary embolism.

In reaction to these reports, headline news generated by the mainstream media warned that hormone therapy is dangerous, ignoring the fact that these studies pertained to synthetic hormones (not natural hormones). Television, radio and Internet reports made blanket assertions that the risks of hormone replacement therapy (HRT) exceeded the benefits. As a result, approximately 50 million women felt lied to by the medical system and were faced with going cold turkey off their hormones and living with symptoms and chronic effects of insufficient hormone levels.

Therefore, it is so very important to distinguish between synthetic and real (bioidentical) estrogen and progesterone. Natural estrogens are made in a woman’s body and are called estrone (E1), estradiol (E2) and estriol (E3).

Taking estrogen by mouth carries some health risks from unnatural metabolites created when it passes through your liver. But this doesn’t happen when it reaches your bloodstream by being applied to your skin. At the same time, progesterone is naturally manufactured and metabolized and can safely be taken by mouth or topically.

Even large clinical trials have now verified that natural (bioidentical) estrogens and progesterone are effective for curbing menopausal symptoms, plus they are safer and more effective in reducing diseases such as breast cancer, cardiovascular disease, osteoporosis and Alzheimer’s dementia, which I’ll discuss in my report next week.

Progesterone is a hormone the female body makes and needs for many health reasons. What are synthetic progestins? These are unnatural hormones known as medroxyprogesterone (Provera®), Norethindrone, Levonorgestrel and Norethindrone acetate. Biochemically, our bodies do not know how to manufacture synthetic progestins, nor do we naturally make any enzymes (that science has identified) to properly metabolize progestins.

It’s interesting that the American College of Gynecology still promotes the use of synthetic progestins while calling bioidentical progesterone a “so-called” hormone.

However, the scientific literature shows us that synthetic progestins promote breast cancer.

Another important difference between progestins and bioidentical progesterone is how they affect cardiovascular health. Synthetic progestins cause vasoconstriction while progesterone causes vascular relaxation. Also, lipid (cholesterol) profiles are worsened with progestins, but improved with progesterone. There are plenty of studies to show this in the peer-reviewed scientific literature too.

I want you to be clear about the difference between the synthetic and the natural forms of these two hormones so that I can continue my discussion in my next article about the delicate balance between these two and what symptoms to look for that indicate estrogen dominance or estrogen insufficiency relative to progesterone.