Home » Nutrients in seaweed may compare to those in milk 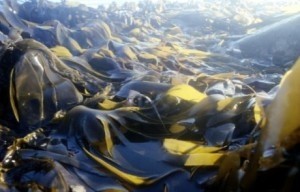 A recent study has found evidence that nutritional aspects of seaweed may compare to the benefits of milk. Results showed that seaweed may be a source of bioactive peptides, which are also found in milk and have been shown to possibly reduce blood pressure.

Researchers claim that seaweed can be a viable option for those looking for alternative ways to get the nutrients found in milk without consuming dairy. Often overlooked as a source of nutrition in the west, seaweed has been eaten in Asian countries for generations. In the U.S., it can be found as a staple of traditional Hawaiian cuisine.

Scientists reviewed close to 100 studies and found that they suggest that seaweed may have the same ability to lower blood pressure as the bioactive peptides in milk, and may even rival the effects of ACE inhibitor drugs that are commonly taken for blood pressure problems. Researchers claim that because seaweed is so easy to find and collect, more people should take advantage of its possible benefits as a cheap and alternative food source.