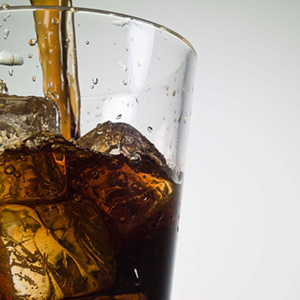 Food companies spend enormous sums trying to convince consumers their low-calorie and no-calorie, products can improve health. But research shows these concoctions interfere with metabolism and can cause serious harm.

Consider the results of drinking and eating food containing artificial sweeteners. For decades, soft drink companies and other food manufacturers have launched ad campaigns touting the alleged benefits of these artificial ingredients.

To many folks, the logic of avoiding sugar and depending on sweeteners like aspartame and saccharin is enticing. In theory, these chemicals allow you to get the delightful taste of a sugar-substitute while dodging the weight issues linked to refined carbohydrates.

But the truth of what these substances do in your body is complicated and pretty ugly.

Food ingredients that substitute for fat produce similar, problematic effects in the body. In low-calorie, low-fat foods, food manufacturers often add gums and other lab-created substances to imitate the taste of fat while reducing caloric content.

When the same Purdue scientists tested the effects of fat substitutes on lab animals, they found that the substitutes disrupted metabolism in ways that again led to weight gain.

“These (fat) substitutes are meant to mimic the taste of fat in foods that are normally high in fat while providing a lower number of calories, but they may end up confusing the body,” says researcher Susan E. Swithers. “We didn’t study this in people, but we found that when (lab animals) consumed a fat substitute, learned signals that could help control food intake were disrupted, and the (animals) gained weight as a result.”

The paleo diet, on the other hand, helps the body lose weight when you consume fresh fruits and vegetables along with organic meats and fish. Omitting grains and processed foods is meant to shift your metabolism into a higher gear, burning off more calories. Combined with exercise, the paleo diet may result in the creation of brown fat, the type of fat that is metabolically active and which burns calories rather than just storing them.

It’s the real foods on the paleo diet that allow the body to store less fat. The reasoning that artificially-created low-calorie foods lead to weight loss is a far-fetched fantasy that doesn’t hold up under scrutiny.

As the Purdue scientists conclude: “Substituting a part of the diet with a similar tasting item that has fewer or zero calories sounds like a common-sense approach to lose weight, but there are other physiological functions at work. Tastes normally alert the body to expect calories, and when those calories aren’t present we believe the systems become ineffective and one of the body’s mechanisms to control food intake can become ineffective.”

For the best taste and metabolic results, stick to paleo.

Easy Health Options is seeking a staff writer. But not just any staff writer will do. The perfect candidate will possess a keen grasp of the English language, an understanding of what makes a body healthy, experience with natural health supplements, a devotion to healthy living, a knowledge of what makes for good nutrition, a passion for passing this information to others and an ability to put it into a form that is both compelling and understandable. If you fit the bill, send your resume and some writing samples to blljobs2010@gmail.com.