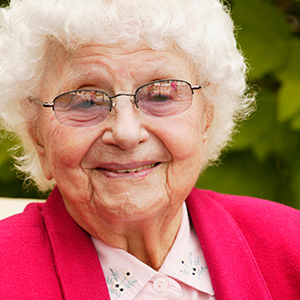 What’s your outlook on living to be 90 or 100, optimistic or pessimistic? A study of people who have lived that long and beyond say your answer to that question may be a big factor in whether or not you make it to the century mark.

A study of more than 240 seniors, average age 97.6, shows that having a good sense of humor, not taking things too seriously and seeing the sunny side of life makes it more likely you will live longer.

“When I started working with centenarians, I thought we’d find that they survived so long in part because they were mean and ornery,” says researcher Nir Barzilai. “But when we assessed the personalities of these 243 centenarians, we found qualities that clearly reflect a positive attitude towards life. Most were outgoing, optimistic and easygoing. They considered laughter an important part of life and had a large social network. They expressed emotions openly rather than bottling them up.”

The people who lived the longest were also less neurotic and more conscientious than average.