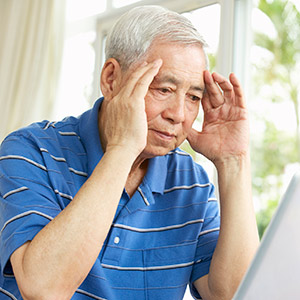 As men age, they are exposed to more and more chronic age-related disorders — especially ones that can affect their daily enjoyment of life. Prostatitis affects 50 percent of men over 50 and can be debilitating to a man’s sexual health and lifestyle. Prostatitis is a condition whereby either the prostate becomes infected with bacteria (bacterial prostatitis) or the man suffers from long-term or acute pelvic pain, the most common form of prostatitis, known otherwise as CPPS, or chronic pelvic pain syndrome.

Phytotherapy is the use of herbs or other plant-based products to prevent or treat a health condition. Phytotherapy is popular among men with prostate problems, especially in cases in which conventional therapies are not effective, such as taking antibiotics for chronic prostatitis.

Because both pollen and quercetin work in slightly different ways from each other, they make a great team in covering overall prostate health, from BPH to prostatitis to prostate cancer.

Advantages of combining phytotherapies such as pollen extracts and quercetin include:

How do these plant-based therapies work well in combination? Pollen is an anti-inflammatory, which helps with relieving symptoms of BPH and prostatitis.

Quercetin is a bioflavonoid phytonutrient that also provides anti-inflammatory properties. It is commonly found in foods such as apples, tea, onions, red grapes, wine, leafy greens and some berries. Quercetin also has antioxidant and antitumor properties for preventing and fighting prostate cancer.

Studies On Quercetin For Prostate Cancer And Prostatitis

Quercetin is used to relieve symptoms for men with BPH, prostatitis and prostate cancer. It has been identified as being especially beneficial for BPH and for cases of prostatitis in numerous clinical studies, usually at a dose of 500 mg daily.

Quercetin has demonstrated the ability to interrupt the spread of prostate cancer and to promote cell death. A study published in Molecular and Cellular Biochemistry reported that quercetin was able to decrease the activity of specific enzymes that are known to be involved in tumor invasion and metastases. This finding led the authors to note that quercetin could be developed as a chemo-preventive agent for metastatic prostate cancer.

Quercetin has the ability to inhibit the production and release of substances that cause inflammation, making it an effective natural agent for managing chronic prostatitis/chronic pelvic pain syndrome (CP/CPPS), the most common type of prostatitis and the hardest to treat. In a study from the Cleveland Clinic, quercetin was found to be the most effective treatment for prostatitis when compared with other treatments. Another trial revealed that 500 mg of quercetin taken twice a day for one month resulted in a significant decline in prostatitis symptoms when compared with placebo.

In 1999, researchers reported that quercetin “provides significant symptomatic improvement” in men who have chronic nonbacterial CP/CPPS. Two-thirds of the patients said their quality of life had improved after quercetin treatment. The study’s authors attributed the positive results to quercetin’s anti-inflammatory and antioxidant properties.

A randomized, double-blind, placebo-controlled study also produced positive results. A total of 28 men who had chronic nonbacterial prostatitis/CPPS took either 500 mg of quercetin or placebo twice daily for one month. At the end of the month, the International Prostate Symptom Score declined from 21.0 to 13.1 in the quercetin group and from 20.2 to 18.8 in the placebo group.

Studies On Pollen For BPH And Prostatitis

Most of the studies on pollen and how it affects prostate health have examined Graminex pollen extract, also called cernilton. Graminex contains pollen from rye, corn and timothy. Bee pollen extracts have been used for more than 35 years in Europe to help treat BPH. There are several studies on pollen’s effectiveness at relieving prostate symptoms.

Pollen extract is about 70 percent effective at decreasing symptoms of an enlarged prostate such as the need to urinate at night, frequent urination, poor urinary flow rates, poor urinary volume and residual urine volume (the amount of urine left in the bladder after urinating). The analysis from four studies that involved 444 men with enlarged prostate found that bee pollen helped improve the need to urinate overnight when compared with a placebo.

Another study that was published in the British Journal of Urology had men who had outflow obstruction from enlarged prostate take either bee pollen or a placebo every day for six months. At the end of this double-blind study, 69 percent of men who took bee pollen said symptoms had improved, compared with 30 percent who took the placebo. The improvements that men experienced included a decrease in residual urine as well as a measured decrease in the diameter of the prostate.

A study in Japan evaluated 79 patients who took bee pollen for over 12 weeks. When the study ended, the men had increased flow rates while residual volume had decreased a significant amount. Other improvements were reported for urgency, dysuria, nocturia, delayed voiding, dribbling after urination and incomplete emptying.

Besides helping with enlarged prostate symptoms, Graminex pollen is also used by men to treat the symptoms of prostatitis. In a study on cernilton on CP/CPPS presented by American Urological Association in 2006, men taking cernilton had statistically significant improvements in their pain and quality-of-life. Another study published in Urology in January 2006 reported that men with chronic non-bacterial prostatitis/CPPS who took a pollen extract for six months either had no symptoms of prostatitis or showed a significant improvement in symptoms by the end of the study.

Pollen has been shown to inhibit prostate cell growth and have an anti-inflammatory effect. Its usefulness in all these aspects makes bee pollen an important supplement for overall prostate health.

Where Can I Find Quercetin And Pollen?

Both quercetin and pollen extract offer benefits for the support and promotion of prostate health. A prostate health supplement that I prescribe is Prost-P10x, which is a great way to get the benefits of these two ingredients if you are struggling with prostate health concerns — especially with chronic disorders like prostatitis and CPPS. I generally recommend Prost-P10x in conjunction with PR Labs Men’s Probiotic, which provides an added layer of support and health recovery for men with prostatitis and/or CPPS. Probiotics help to restore the healthy bacteria that can be destroyed by antibiotics that are used to treat prostatitis.

There are a few precautions with these two supplements. Bee pollen is not for people who are allergic to pollen. People who are allergic to pollen could have a severe reaction to it with symptoms such as hives, shortness of breath, and swelling of the tongue, face and throat. Talk to your doctor before taking bee pollen if you are allergic to grass, flowers or other plants. For quercetin, you should not exceed 1 gram daily (1000 mg) of quercetin without consulting your healthcare provider. Most studies showed it is effective at 500 mg, the amount in Prost-P10x®. Side effects of quercetin may include headache and stomach upset.