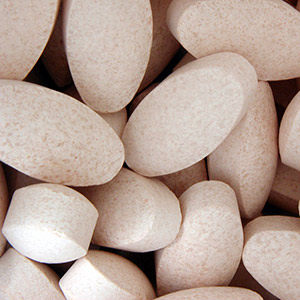 The low-carb craze has been going strong for years…

That’s because low-carb diets not only help people lose weight but also help them heal from serious diseases like diabetes, multiple sclerosis, rheumatoid arthritis, Lyme disease, Crohn’s disease, and depression. Low-carb diets may also be better for your brain.

Don’t forget the cancer benefits too…

Researchers from the University of Florida found that a low-carb, high-fat diet reduced the growth rate of brain tumors in mice and increased their life expectancy by 50 percent.

And it was believed to be the diet to end heart disease… though recent research is throwing some shade on those heart health benefits, showing an association with atrial fibrillation (AFIB).

But wouldn’t it be great, if there was a way to get the metabolic and disease-fighting benefits of a low-carb diet, without any potential risk, or even worrying over what you eat — or don’t eat?

How about a pill that does just that… and might extend your life by up to eight years? Researchers in Germany say the pill (a natural supplement) is for sale right now in your pharmacy. And it has no unwanted side effects.

Low-carb in a supplement

Glucosamine is a natural supplement reputed to ease arthritis and protect joints.

And it appears to have low-carb health benefits that may be able to fight cancer and increase your life expectancy by up to 8 years. Lab experiments show that it can increase animals’ longevity by 10 percent.

According to researcher Michael Ristow: “This reflects the metabolic state of a low-carb diet due to glucosamine supplementation alone — while (our lab animals) ingested the same amount of carbohydrates as their unsupplemented counterparts.”

In other words, glucosamine might give you the same metabolic benefits you get from a low-carb diet without having to cut back on carbohydrates (sugar and starch).

Should you start supplementing?

He warns though, that people with diabetes should be careful with the supplement. It can affect your blood sugar.

In addition to the recent analysis of glucosamine, other studies on more than 77,000 people indicated that taking glucosamine may keep you living longer.

“Unlike with our longer living (lab animals), such an association is no definite proof of the effectiveness of glucosamine in humans,” says Ristow. “But the chances are good, and since unlike with most other potentially lifespan-extending drugs there are no known relevant side effects of glucosamine supplementation, I would tend to recommend this supplement.”

Editor’s notes: Are you feeling unusually tired? Maybe your vision (and your strength) is getting weaker. Maybe you think these are normal signs of aging, but the problem could be your master hormone. Insulin’s role in the body goes beyond diabetes. In fact, some call it the trigger for all disease. Click here to read more about the insulin factor and why it may be the biggest anti-aging secret yet…