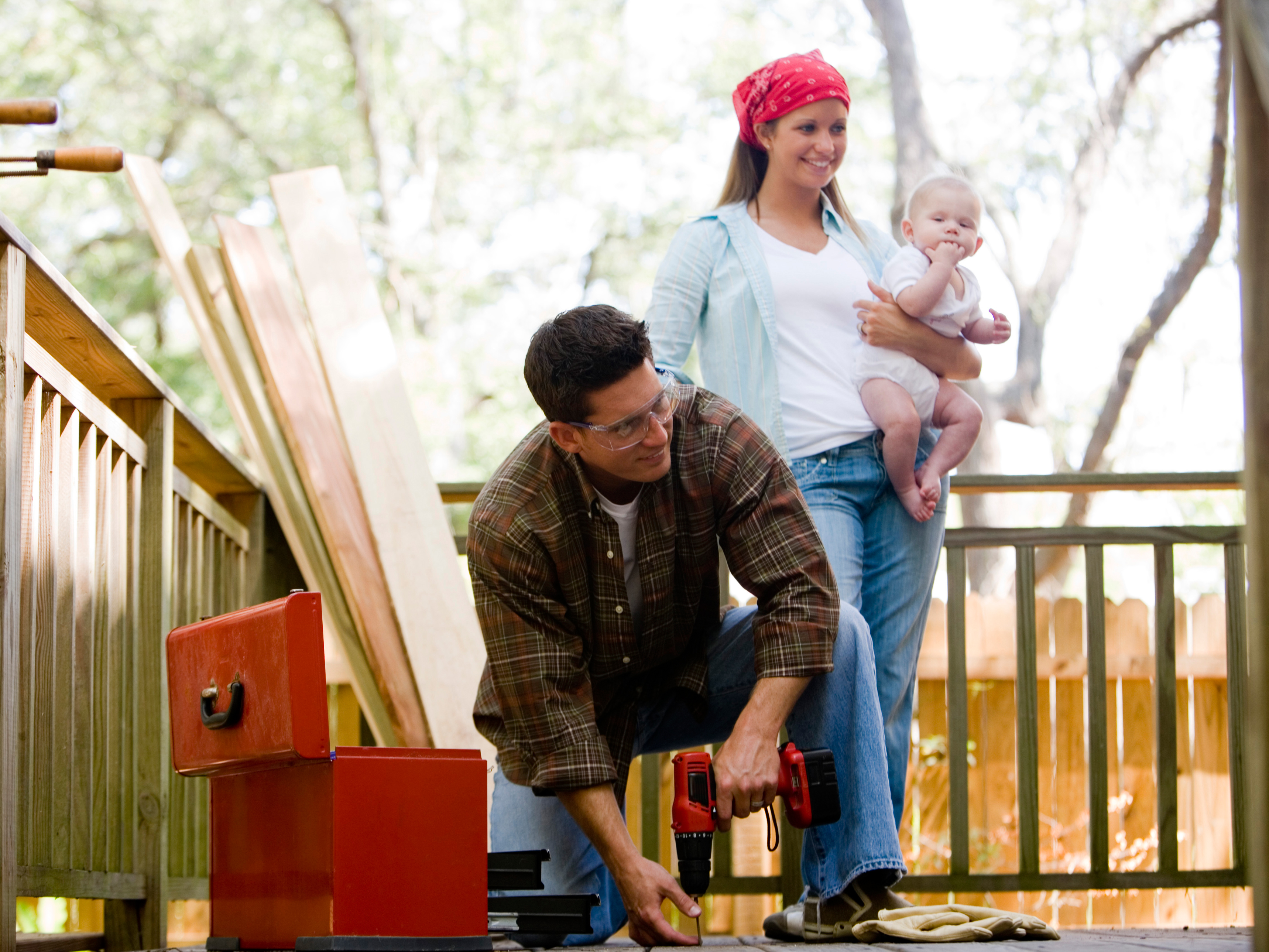 Newborns and toddlers are sensitive to changes in their environment. You should put off one particular home renovation project that causes serious health problems for youngsters.

A study at the Helmholtz Center for Environmental Research (UFZ) and the St. Georg Municipal Hospital in Leipzig, Germany, shows that putting in new floor coverings can cause breathing troubles in babies.

The scientists found that when the new floors were added while women were pregnant, their infants had a significantly increase risk of respiratory disease during their first year. The breathing problems are caused by pollutants called volatile organic compounds released by the flooring.

Consequently, the researchers highly recommend avoiding new floors while you are pregnant and while babies are less than a year old. The German scientists think that new floors are causing about 20,000 cases of breathing difficulties like wheezing among newborns in Germany alone.

New floors can emit the compounds styrene and ethylbenzene. When you breathe these in, they are absorbed through the lungs.

“We therefore do not recommend that laminate, carpet or floor coverings be laid in the homes of pregnant women. Although the concentrations of these volatile chemicals are lower if no adhesive is used when installing the flooring, even then the concentrations are still high enough to significantly increase the risk of infants suffering from respiratory complaints in their first few months,” says researcher Ulrich Franck.

If the parents of newborns suffer from allergies like hay fever or asthma, their babies may run a quintuple risk of having respiratory problems from the flooring

While babies should not be exposed to new flooring, in the womb, fetuses are especially vulnerable to harm from these chemicals.

“According to our results, exposure to these volatile chemical compounds seems to be more critical in pregnancy than in the first year of a child’s life,” warns researcher Irina Lehmann