Home » Protecting Your Metabolism For Weight Control, Diabetes And Other Health Issues 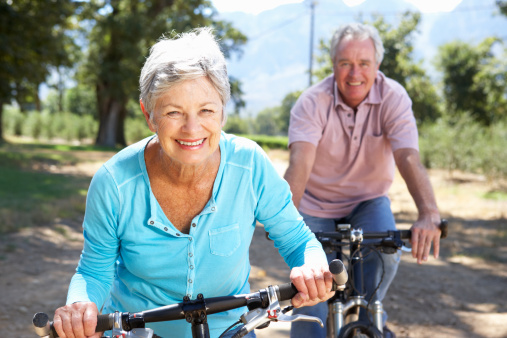 From a health standpoint, we can be our own worst enemies. We eat too much, exercise too little, smoke, drink and run ourselves ragged with stress and lack of sleep. We tend to focus on short-term results and not worry about long-term consequences.

One of the outcomes of this type of modern lifestyle is our rising epidemic of type 2 diabetes and its less severe parent, metabolic syndrome  (aka “syndrome x”). These conditions are often a function of obesity. As people gain weight, their cells lose the ability to take in blood sugar (glucose). When cells become insulin-resistant, sugar remains in the bloodstream, damaging organs. Pancreatic beta cells, which produce the insulin that tells cells to take in glucose, work harder to overcome insulin resistance and eventually burn out.

For reasons that scientists are still sorting out, it seems that the summer season increases the risks of metabolic syndrome and insulin resistance. For example, a 2008 population-based study from Taiwan indicates that fasting insulin levels, metabolic syndrome and insulin resistance become more pronounced during summer months compared to winter. Seasonal influences such as diet, exercise and other factors may play a role; and researchers are seeking more data to expand our understanding of these types of environmental risk factors.

But I don’t want to descend into gloomy health projections. I’d rather help you make better lifestyle choices. There are a few simple measures we can all make to reduce the risk of diabetes, as well as heart disease, cancer and other conditions.

We all live according to a caloric ledger. Are we burning off as many calories as we take in? In ancient times, humans were much more active; it was quite easy to burn off calories. Now, instead, we’re more sedentary. Instead of hunting and gathering our food, we drive to the grocery store.

So we have to find creative ways to exercise: bike, hike, run, swim, lift weights and practice yoga. If done consistently, all these practices burn ample calories. But they do more than keep weight down; they help metabolism function more efficiently.

Exercise helps control the stress hormone cortisol. In response to a threat, the body secretes more of this hormone, increasing glucose and inhibiting systems not focused on immediate survival, such as immunity. These are important functions in the short term, but chronic stress can throw the body out of balance, leading to excess circulating cortisol that feeds weight gain.

Try for a balanced workout. Include both anabolic exercise, such as weight lifting, and isotonic routines, such as yoga. These strengthen muscles, relax the stress response and improve metabolism. You don’t have to wait until you’re home from work to keep your metabolism well. If you have a sedentary desk job, get up frequently for a short walk or stretch. Even simply standing for a period of time improves your metabolism.

The common approach to weight loss and metabolic health is to eat less and exercise more. But a healthy metabolism is just as much a function of what we eat as how much we consume. For example, high fructose corn syrup can cause weight gain, regardless of caloric intake. Some studies have indicated this artificial sweetener doesn’t trigger satiety hormones, like normal sugar, and may even cause insulin resistance.

Choose foods that are low on the glycemic index, a scale that measures how long it takes the body to break down food into glucose. Low glycemic index foods are metabolized more slowly, preventing the blood sugar spikes that can result from their high glycemic counterparts. Of course, the trouble with a spike is that it is often followed by a crash and the resulting low blood sugar triggers cravings for more unhealthy foods. Good, nutrient-dense choices are high-fiber vegetables, whole grains and beans. Avoid refined sugars and carbs, high-sugar fruits and especially white enriched pastas and white flour products.

To complicate matters, it’s not just what you eat but when you eat it. A study published in the International Journal of Obesity looked at what mice had for breakfast and how that affected their metabolism. They concluded that the first meal sets the body’s response for the day, at least in mice. As a result, a high fat meal turned on fat metabolism, while a high carbohydrate meal turned on carbohydrate metabolism. These settings were maintained during the day. The carbohydrate mice developed insulin resistance, so it may be better to include more fat in your breakfast and fewer carbohydrates.

Ultimately, staying healthy and controlling your weight isn’t about going on a diet or joining an exercise boot camp. It is about creating a sustainable lifestyle that helps you maintain a healthy weight and a strong, efficient metabolism. Think of it in terms of small adjustments: Eat a serving of cantaloupe instead of a doughnut; take the stairs instead of the elevator; add supplements that help support your metabolism. Incremental changes can make a big difference, improving metabolic health and overall vitality, naturally.