Home » The Reason Chocolate Can Help You Lose Weight 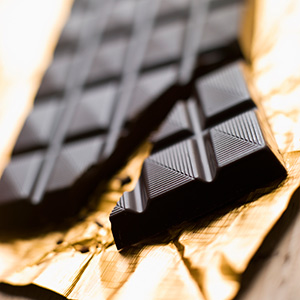 The fact that chocolate is linked to weight loss may seem a little hard to swallow. But researchers at Virginia Tech have found the antioxidants in dark chocolate that they think might help prevent obesity and diabetes.

Of course, you have to eat dark, not very sweet, chocolate to enjoy health benefits. Dark chocolate, according to the scientists, contains beneficial cocoa chemicals called oligomeric procyanidins (PCs).

The scientists’ conclusion: “Oligomeric PCs appear to possess the greatest antiobesity and antidiabetic bioactivities of the flavanols in cocoa, particularly at the low doses employed for the present study.”