Home » Reduce your blood pressure with the right breakfast 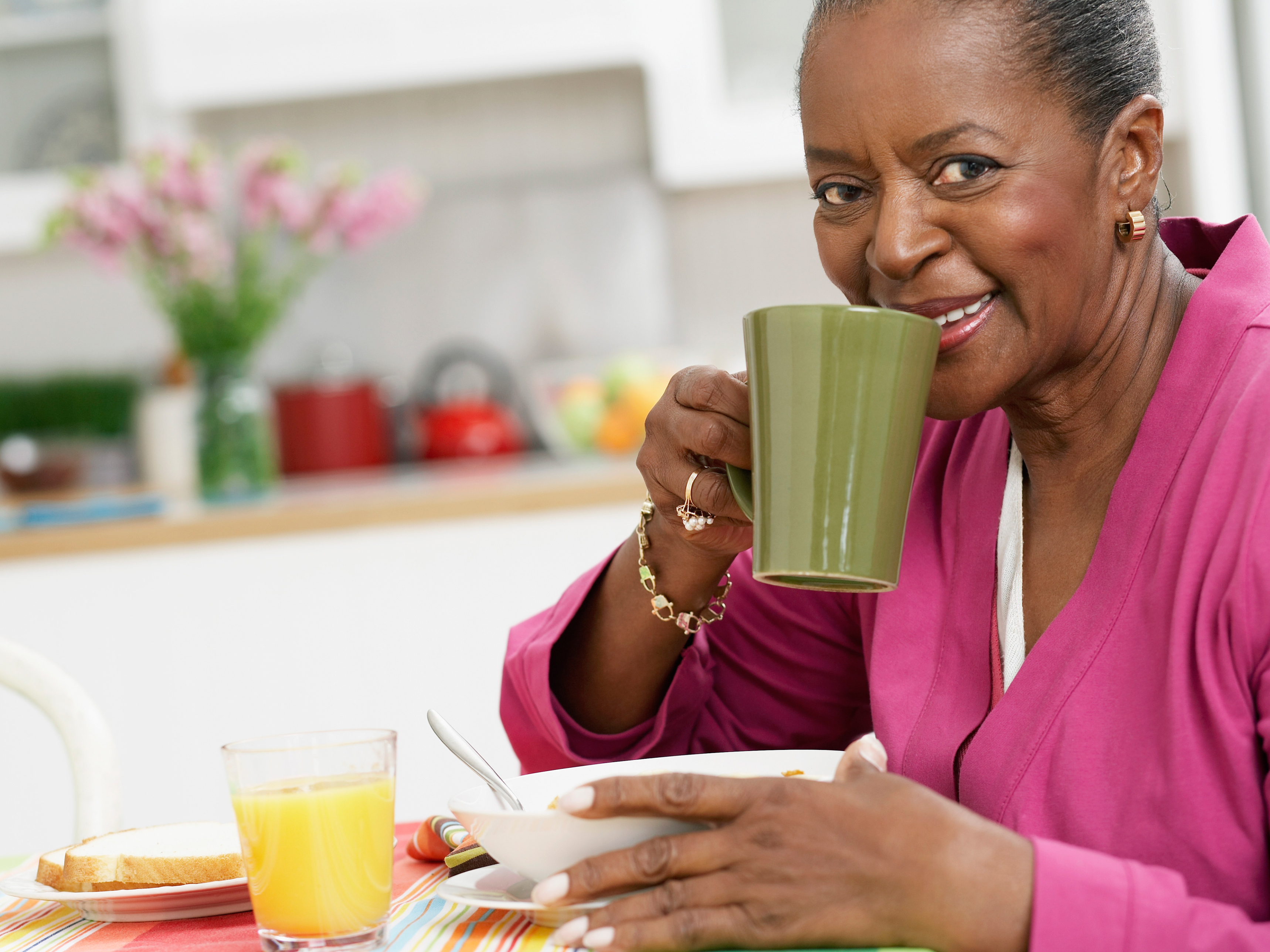 When your arteries become inflexible and stiff, your blood pressure can climb dangerously. But the right breakfast can help those vessels loosen up.

A study at Florida State University shows that eating blueberries everyday at breakfast can ease high blood pressure and help the lining of your arteries function more healthfully.

“Our findings suggest that regular consumption of blueberries could potentially delay the progression of prehypertension to hypertension, therefore reducing cardiovascular disease risk,” says researcher Sarah A. Johnson, who is the assistant director of the Center for Advancing Exercise and Nutrition Research on Aging (CAENRA) at Florida State. After eight weeks, the women consuming blueberries had, on average, a 5.1 percent drop in their systolic blood pressure, the measure of how much pressure occurs in arteries with each heart beat. Their diastolic blood pressure, the pressure in arteries between heartbeats, dropped by an average of 6.3 percent. Plus, their arterial stiffness was reduced by 6.5 percent. The women in the experiment who did not consume blueberries experienced none of these improvements. 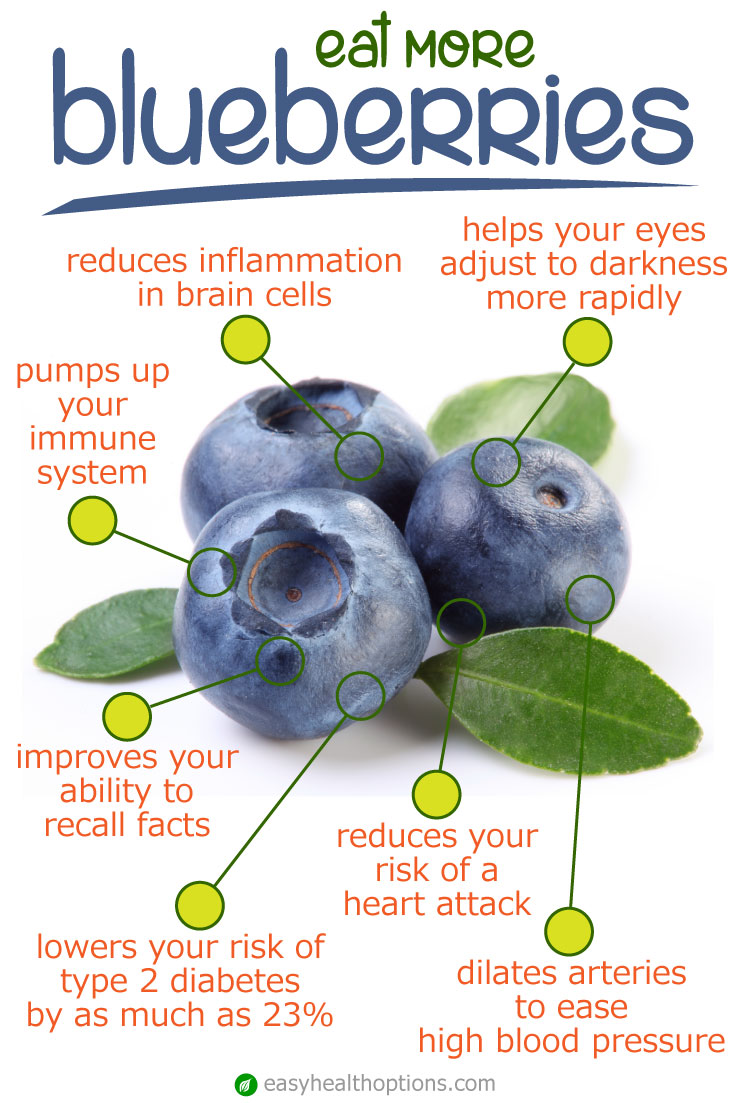 “Cardiovascular disease is the leading cause of death in the United States,” Johnson says. “Once women go through menopause, this puts them at an even greater risk for it. Our findings suggest that the addition of a single food, blueberries, to the diet may mitigate the negative cardiovascular effects that often occur as a result of menopause.”

And when the scientists measured the nitric oxide in their blood, a natural substance related to the beneficial dilation of arteries, they found that it increased an average of 68.5 percent.

During this experiment, the researchers examined postmenopausal women who were in the beginning stages of developing hypertension and measured their arterial stiffness, blood pressure and substances in the blood that are related to heart health. Then they had a group of women in the research consume one cup of blueberries a day for two months.