Home » Science May Save The Potato’s Reputation 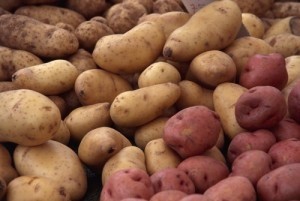 When thinking about diet foods, potatoes don't often come to mind for most individuals, as they've earned a bad reputation as a nutrient-deficient carbohydrate. The problem is, most Americans eat their spuds in the form of French fries, chips and loaded baked potatoes.

Research that was led by scientists at the University of Scranton suggests that eating steamed or microwaved potatoes without added fat can make for a healthy, filling dish for people who are trying to lose weight.

"When prepared without frying and served without butter, margarine or sour cream, one potato has only 110 calories and dozens of healthful phytochemicals and vitamins. We hope our research helps to remake the potato's popular nutritional image," said lead researcher Joe Vinson, Ph.D.

In a trial, overweight or obese volunteers ate about 12 to 16 small unpeeled purple potatoes daily for a month. On average, the potato diet resulted in a 4.3 percent reduction in diastolic blood pressure and 3.5 percent lower systolic blood pressure in the participants.

Authors of the study noted that in addition to contributing fat and calories, frying potatoes destroys the vegetable's nutrient content due to the high cooking temperatures.