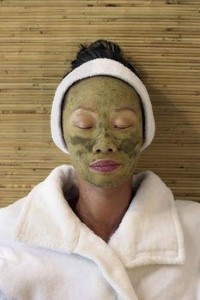 People who have gluten intolerance, known as celiac disease, have to be very careful about what they ingest. A new study presented at a meeting of the American College of Gastroenterology suggests that these individuals also need to watch what they put on their skin.

Many cosmetics — including lip balm, lotions and face creams — have ingredients that contain gluten, yet few companies offer detailed lists of the ingredients they use. Moreover, none of the 10 biggest cosmetic manufacturers in the U.S. have products that are gluten-free.

"The findings are alarming because gluten-containing cosmetics can be inadvertently obtained by the consumer and use of these products can result in an exacerbation of celiac disease," said co-author Pia Prakash, M.D., of George Washington University.

Cosmetic ingredients that contain gluten include hydrolyzed wheat protein, wheat amino acids, wheat bran and vitamin E extracted from wheat germ, in addition to a number of other wheat-based compounds, according to NaturallyDahling.com. Additionally, oat ingredients, sometimes listed as avena sativa, contain gluten, as well as those derived from rye, barley and millet.