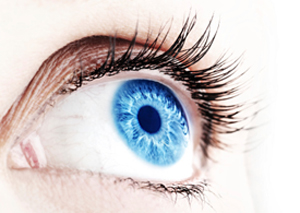 A traumatic event like being physically attacked, involved in a car accident or enduring the tension of warfare can ruin your life with unhappiness, persistent stress, fear and a feeling that you are worthless. But a relatively little-known therapy, Eye Movement Desensitization and Reprocessing (EMDR), can quickly help you get renewed energy and fulfillment in your life.

I’d like you to answer a few questions. Have you been diagnosed with post-traumatic stress disorder (PTSD)? Have you been in, witnessed or been involved in a violent act, such as war, a physical fight, rape or horrific accident? Are you fearful of things, like your dreams or certain people, places or things? Has someone close to you died suddenly due to an act of violence, an unexpected accident or suicide? If you’ve answered yes to any of these questions, then you may be experiencing a lingering and potent stress that is derailing your life, happiness, success and sense of self-worth. But there is hope. A hugely validated, yet still relatively unknown, therapy that uses eye movement can help.

We all live in a world where stress and trauma present themselves unwittingly and impinge on our lives daily. Much of the time, we work through stress or try to ignore it. At other times, we seek therapy, use mind-body techniques or turn to drugs for escape and relief. Well, it seems even the smallest traumatic events, from childhood through our current age, can and do subconsciously affect our behaviors and, thus, our quality of life.

The fact is: Most of us don’t realize we have been traumatized. We think the following are all “normal” occurrences:

Such things may well seem normal (or at least be common), but the effects often are debilitating. Most of all, because we don’t realize we are being affected by these traumas in important ways, we don’t know why we suffer. Therefore, we don’t engage in a proper therapy.

I made an appointment to speak with Marino after reading a book titled Getting Past Your Past on a unique therapy called EMDR.

Francine Shapiro, Ph.D., developed EMDR therapy more than 20 years ago. I came across her recent book, Getting Past Your Past, in my ongoing search for new and useful tools for aligning mind and body, health and well-being.

The book demystifies the human condition and empowers readers who are looking to achieve real change. It explains how our personalities develop and why we become trapped into feeling, believing and acting in ways that don’t serve us. And that is the key. When feelings and beliefs don’t serve us, they derail us.

EMDR may not be as widely known as emotional freedom technique (EFT), another unique therapy that has received a good deal of press lately, but it is among the most peer-reviewed and has been researched extensively.

In fact, EMDR has been validated in more than two dozen randomized studies of trauma victims. What’s more, another two dozen studies prove the positive effects of the “eye movement” portion of EMDR therapy. According to Marino, EMDR has been shown to be “the most effective and thoroughly researched method ever used in the treatment of trauma. EMDR triggers an innate, natural stress release process in the brain that often produces rapid and long lasting changes even when other types of treatment have failed.”

I found nothing but praise for this mind-body therapeutic method. Herbert Fensterheim, Ph.D., of Cornell University says: “EMDR is the most revolutionary, important method to emerge in psychotherapy in decades.”

Bessel A. van der Kolk, M.D., professor of psychiatry at Boston University School of Medicine, says: “The speed at which change occurs during EMDR contradicts the traditional notion of time as essential for psychological healing.”

Dusty Bowenkamp of the American Red Cross said: “EMDR assists survivors in the immediate aftermath of violent trauma by breaking through the walls of denial, shock, grief and anger. Ideal for those who have been unable to forget past traumatic life events, as it allows for a rapid processing of even deeply rooted memories, giving individuals back control of their lives and their emotions.”

And the International Society for Traumatic Stress Studies, in its Practice Guidelines, says: “EMDR was found to be an efficacious treatment for PTSD.”

I wanted to see firsthand how EMDR works and how it is experienced, so I looked up Marino. I made an appointment and was pleasantly surprised at the specific and quick results I experienced.

Marino tells me that despite common understanding, time does not heal all wounds. In fact, it reinforces old ones while creating new ones.

“Unhealed wounds are emotional buttons that get pushed involuntarily, triggering inappropriate emotional and sometimes physical reactions that adversely affect our lives and can get worse over time. By activating the natural, information-processing system of the brain,” Marino explains, “people achieve their therapeutic goals at a rapid rate with recognizable changes that don’t disappear over time.”

During my EMDR session, Marino asked me to recall something that was emotionally triggered in me recently. As funny as it sounds, I recently felt ill at ease over being accused of eating a piece of banana bread that I didn’t eat. I was asked if I ate it, and I said no. But the person did not believe me and joked about it being OK if I did eat it. I am not sure why I got so upset about it, but I did, although I could have just joked back.

I asked Marino about it, and she helped me recall an event from my past that was unresolved. When I was 13, my mother and sister accused me of eating the last piece of carrot cake. I don’t like carrot cake and said I didn’t eat it, but they did not believe me. Their disbelief in my honestly left me feeling betrayed and grounded. Funny to think of it now decades later; but the recent banana bread incident clearly shows me how unresolved past stress and negative feelings, if left to linger, can cause emotional issues and unconscious reactions over even simple things in the present. If one considers truly horrific events, he can see how “clearing them” of their emotional component can be healthful. EMDR does just that.

Marino explains: “When people come to me for EMDR therapy, they are relieved to discover that, unlike other therapies, they are not required to relive a traumatic event or to share embarrassing details of it with the therapist. While they do need to remember the event during therapy, they are pleasantly surprised at how quickly EMDR removes the emotional charge from their memory, deactivating it as an emotional button. EMDR has been shown to be the most effective way to rapidly release the blocked energy of emotional trauma, bringing long-lasting relief.”

In other words, EMDR does not help you forget the incident, but it removes the “emotional charge” associated with it. The process allows you to recall the event and tell about it as a statement of fact, without bringing up all the past emotion, turmoil, fear and other feelings once associated with it. And by releasing those emotional feelings from the negative event, its memory ceases to trigger new negative emotions and beliefs in the present time.

EMDR is constructed in eight phases that focus on a three-part protocol.

First: The EMDR therapist helps the patient recall past memories in a safe and non-emotional way.

Second: A connection is made with current disturbances or present issues that are or may be triggered from the past event.

Third: Future actions are addressed. The “clearing” of the negative emotions of the past event is done with a series of lights that move horizontally, back and forth. The patient keeps his head still while his eyes follow the lights. He is then asked to recall the event, open his eyes, rate the event and repeat the eye movements. The actual protocol is more complex than this, but simple in its execution. And I can personally tell you the results are astounding.

To End The Struggle

If you are struggling with past events, physically or emotionally traumatic, then give EMDR a try. Have a look at Shapiro’s book. Have a look at Marino’s Open Heart Resources website (listed below). Do some Web searches to learn more and call an EMDR practitioner near you for a consultation. It is extremely well-researched and proven, and it works quickly. And best of all, it is non-invasive.